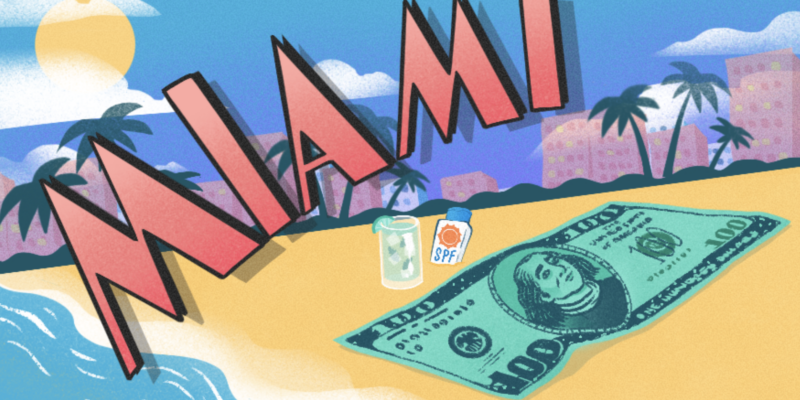 JUICE—In case you have been living under a rock for the past 60 years, politics in Miami, Florida, aka the “Miami Boogie Down,” is a little bit different than in most U.S. cities.

The predominantly Cuban-American political system in Miami-Dade County is filled with cronyism, nepotism, and a perceived degree of local corruption that those familiar with South Florida politics will tell you, is just part of the norm down in Miami.

Dictator Fidel Castro called it the “Miami Mafia,” a nickname that is still quietly used by some outsiders to describe how Miami politics or “Arroz con Pollo” politics is so prevalent.

The City of Miami Commission has fired Police Chief Art Acevado just 6 months into his term.

Acevado, who was brought in by popular Mayor Francis Suarez, made considerable waves.

Miami City Manager Art Noriega stated this week that Acevado was suspended indefinitely and would be fired because the governing body and the Chief had grown “untenable.”

Acevado ruffled feathers by stepping on toes and getting rid of baggage he felt the police department carried.

It appears as if Acevado was fired because he was trying to clean up cronyism and alleged corruption in the department.

Wrong move. You don’t just come in and try to change the system in a few months. You need to become part of the system first and then try to clean it up.

It’s the Cafecito way of doing things in Miami. Dale!

Sen. Rubio is driving home the message, narrative that the Biden Administration has become an extension of the Socialist Party by embracing like-minded individuals and cowards down to them in order to play nice. READ MORE

—Rep. Ted Deutch-The district I represent includes Seminole and Tequesta native lands. Today, on #IndigenousPeoplesDay, we honor Native American culture and contributions to our nation. We also resolve to reflect on, and learn from, our full history. Indigenous history is American history.

—Rep. Lois Frankel-Let’s celebrate International #DayOfTheGirlU! When women and girls succeed, their whole communities succeed. We have to continue to work for better access to education, health services, financial freedom, and a seat at the table for women and girls around the world.

—Rep. Brian Mast-Schools and localities literally have more money from the federal government than they know what to do with, but Democrats still say it’s necessary to spend another $3.5 trillion.

—Rep. Val Demings-Whatever route your journey takes, it’s yours to take at your own pace. On this #NationalComingOutDay simply know that here in Florida there are a lot of people who will love and support you, every day.

—Rep. Darren Soto-Hey Central Florida families, it’s time to get your #FluShot! Due to a weak flu season last year, health experts warn it could be a much worse flu season this year.

“DeSantis Condemns Biden Administration for Targeting Parents With FBI” by The Floridian’s —Florida Gov. Ron DeSantis is standing firmly with parental choice and free speech after the Biden Administration announced that they were mobilizing the FBI to investigate, and possibly label some parents as ‘domestic terrorists’ for voicing their opposition against mask mandates and the controversial critical race theory that many school districts are “indoctrinating” children with.

“Military Veterans Could Flood Congress in 2022” by The Floridian’s Javier Manjarres—More and more Americans with a military history are joining the ranks of members of the U.S. Congress even though there is a nationwide effort by Progressives and anti-war proponents to demonize the U.S. military and the personnel that makes it run.

“Florida Democrats Rally Against Florida’s ‘Heartbeat Bill’ by The Floridian’s Javier Manjarres— The Florida March of Reproductive Freedom rally took place in downtown Fort Lauderdale this past weekend to call attention to the recently-filed Texas-style “Heartbeat bill” introduced in the Florida Legislature.

“Matt Gaetz Claims FBI Participated in January 6th Riot” by The Floridian’s Jim McCool—In a recent Tweet, Rep. Matt Gaetz called the events of Janury 6th, 2021 “the political cudgel in America used against the Silent Majority,” a sentiment many Republican voters would agree with after a select committee and comparisons between 1/6/21 and 9/11/01.

“Makki Accuses Former Obama Supporter Anna Paulina Luna of Being a ‘Phony’ by The Floridian’s Javier Manjarres—As the 3rd quarter of the 2021 fundraising cycle came to a close this week, Republican Congressional candidate Amanda Makki sent out a fundraising email calling (again) her primary opponent, Anna Paulina Luna, a “phony.”

“Deutch: ‘Addiction Doesn’t Discriminate” by The Floridian’s Daniel Molina—Since 2019, lawmakers have crossed the political aisle for very few bipartisan efforts. With Congress Goes Purple, lawmakers honor and recognize National Recovery Month, an initiative to raise awareness for the drug addiction pandemic that has swept the country, by wearing purple attire and purple masks in support of the cause. Sharing his support and informing followers, Florida Rep. Ted Deutch (D) expressed his support, affirming that “addiction doesn’t discriminate.”

“DeSantis Launches Investigation on Facebook Over Election Interference” by The Floridian’s Jim McCool—While Florida has been the hotspot for all things COVID-19, Big Tech is still a key priority of Florida Republicans, especially Gov. Ron DeSantis. Now, Ron DeSantis (R-FL) has launched an official investigation of Facebook over alleged election interference.

“Mast Accuses House Democrats of ‘Funneling’ Tax Dollars to Hamas” by The Floridian’s Javier Manjarres—Florida Rep. Brian Mast (R), who volunteered with the Israel Defense Forces (IDF) after retiring from the U.S. Army, recently stated that “The Squad” in the House had influenced their more moderate Democratic colleagues into “funneling” American “tax dollars to Hamas and forsaking” the nation of Israel after they voted against refunding the life-saving Iron Dome missile defense system.

Florida’s COVID-19 Cases and Deaths Decline” by The Floridian’s Daniel Molina—For most of 2021, COVID-19 has been in large part, sucked the air out of the state as a result of the virus’s infection and death rate. Florida Governor Ron DeSantis (R), like Texas Governor Greg Abbott (R), has maintained a rivalry with President Joe Biden (D) over vaccine mandates, mask mandates, and vaccine passports. With new information being reported regarding COVID-19 related concerns in the state, Florida has now experienced fewer COVID-19 deaths along with a dip in cases. 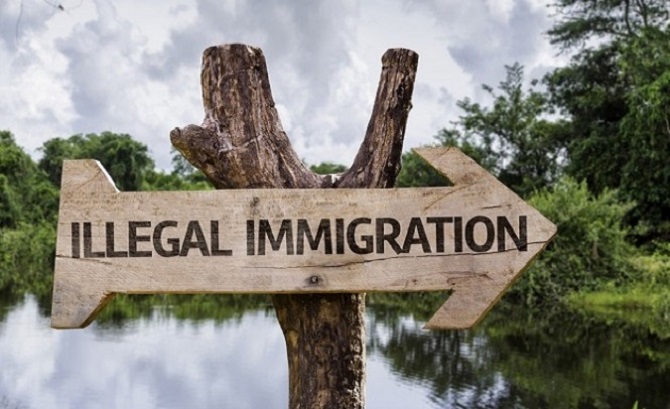