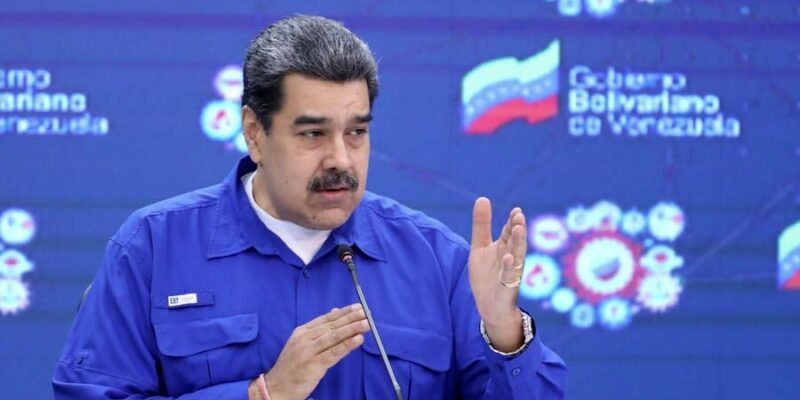 China, Russia, and Iran, three of the top  U.S. adversaries are expanding their presence and strengthening their ties with rogue governments such as that of Dictator Nicolas Maduro.

Just last week, Venezuela and Iran deepened their cooperation by signing an agreement to swap Venezuela’s heavy oil for Iranian condensate, which it can use to improve the quality of its tar-like crude.  The first Iranian cargoes have already arrived in Venezuela.

The deal raises eyebrows and concerns, as Iranian diluent shipments could help provide Maduro with a financial lifeline as he negotiates with the Venezuelan opposition toward elections.

Texas Senator Ted Cruz (R) told Texas Politics that he believes Maduro would “do anything to stay in power,” including partnering up with America's adversaries like China and Russia to strip away any remaining American energy assets in Venezuela if allowed to do so.

Recently, one of Venezuela’s aforementioned “cronies,” China, has helped Venezuela clamp down on human rights in that country by employing internet blocking tactics to suppress the Venezuelan people.

These same tactics were also put into effect during the recent protests in Communist Cuba, another ally of China.

In June this year, a report by the UN Special Rapporteur on the Rights to Freedom of Peaceful Assembly and of Association to the UN Human Rights Council noted that the Venezuelan government has restricted access to Twitter, Facebook, and Instagram in the context of protests. The Freedom of the Net report published by Freedom House considers Venezuela “not free.”

China and Iran have been helping Venezuelan State-owned oil company PDVSA skirt U.S. sanctions for a while now, with China becoming the preeminent beneficiary and importer of cheap Venezuelan oil, estimated at more than 60% of Venezuela's total oil exports, according to Vortex’s Analytics.

Dependent on oil revenues to run their countries, Tehran and Caracas have since engaged in an elaborate game of cat-and-mouse with Washington to keep exporting crude, employing numerous techniques to avoid detection, including ship-to-ship transfers, shell companies and middlemen who operate outside the U.S. financial sphere, according to a July 22, Reuters investigation

Reuters also reported that China Concord Petroleum Co (CCPC), has played a prominent role in the last year, quickly becoming an important partner for Caracas, chartering ships in April and May carrying over 20% of Venezuela's total oil exports in that period or nearly $445 million worth of crude. In the past year, CCPC has acquired at least 14 tankers to transport oil from Iran or Venezuela to China, sources told Reuters.

Sen. Rubio told The Floridian that the U.S. needs to tighten existing sanctions or impose more economic burdens to “individuals and companies linked to the Maduro narco-regime, and pointed out that Maduro’s “cronies” like China and Russia needed to be held accountable for helping Maduro “circumvent sanctions.”

“We must follow individuals and companies linked to the Maduro narco-regime and hold them accountable. As Maduro and his cronies seeks to circumvent sanctions, the U.S. and its allies must work together and coordinate efforts to hold the regime‘s enablers accountable,” stated Sen. Rubio.

Julia Friedlander, a former senior sanction official with the U.S. Treasury, told Reuters that the growing trade in blacklisted oil showed how those opposed were getting better at evasion.

"It shows there are limitations as to what U.S. sanctions can do especially when you target multiple like-minded or selectively like-minded actors like oil traders. So, you incentivize these alternative axes of resilience,” said Friedlander, who is now a senior fellow at the Atlantic Council's GeoEconomics Center.

As Maduro and his circle extend their overextended hold on power with the help of U.S. adversaries in violating sanctions and engaging in other illicit and criminal activities, the humanitarian calamity facing the Venezuelan people continues to escalate. The Working Group of the Organization of American States (OAS) on the Crisis of Venezuelan Migrants and Refugees in the Region, recently published a report warning that, if borders are reopened and the crisis in the country deepens, the exodus of Venezuelans could reach seven million people in the first quarter of 2022, making it the largest in the world, greater than that of Syria.

This Monday, Venezuelan Vice President, Delcy Rodriguez, announced in a television address that Venezuela will reopen its border with Colombia on Tuesday, after a nearly three-year closure due to political tensions.  This could very well propel Venezuelan refugee figures.

“The human cost of the Maduro narco-regime’s humanitarian debacle has resulted in the displacement of 6 million Venezuelans worldwide,” Sen. Rubio said in a press release.  “Responsible nations in our region continue to lend a helping hand as Venezuelan migrants and refugees flee the hardships of tyranny and oppression. I’m proud to join my Senate colleagues in introducing this resolution, which calls for supporting efforts that protect women and girls who are fleeing this manmade crisis.”