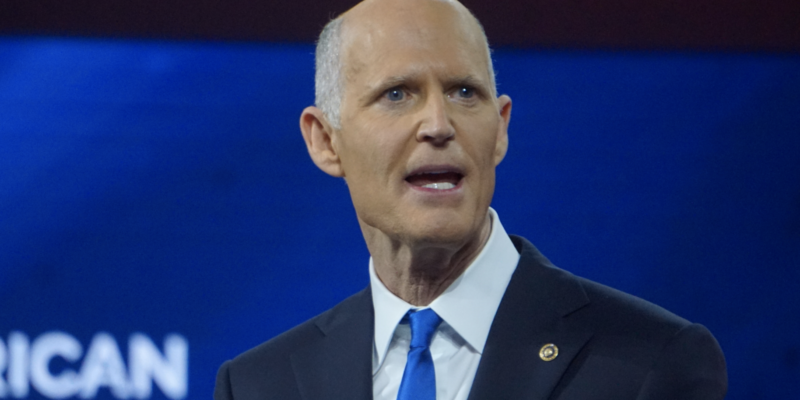 Florida Senator Rick Scott fell short of referring to President Joe Biden as  “Comrade” when he responded to news that the Biden Administration was going to use the FBI to monitor and question parents who oppose critical race theory. Sen. Scott equated the administration’s attempt to silence parents and the recent move to allow the IRS to “monitor Americans’ financial transactions,” to “Systemic Socialism” that is carried out by the Communist and Socialist countries of China, Russia, and Cuba.

Attorney General Merrick Garland released a memorandum outlining his Department of Justices’ move to use the FBI to go after parents who Garland believes threaten teachers and school boards.

“Threats against public servants are not only illegal, they run counter to our nation’s core values,” Garland stated in his memorandum released Monday. “Those who dedicate their time and energy to ensuring that our children receive a proper education in a safe environment deserve to be able to do their work without fear for their safety.”

“In recent months, there has been a disturbing spike in harassment, intimidation, and threats of violence against school administrators, board members, teachers, and staff who participate in the vital work of running our nation’s public schools,” Garland continued. “While spirited debate about policy matters is protected under our Constitution, that protection does not extend to threats of violence or efforts to intimidate individuals based on their views.”

Using the FBI to look into vocal parents is being perceived as an egregious effort to intimidate parents from attending school board meetings to voice their opposition.