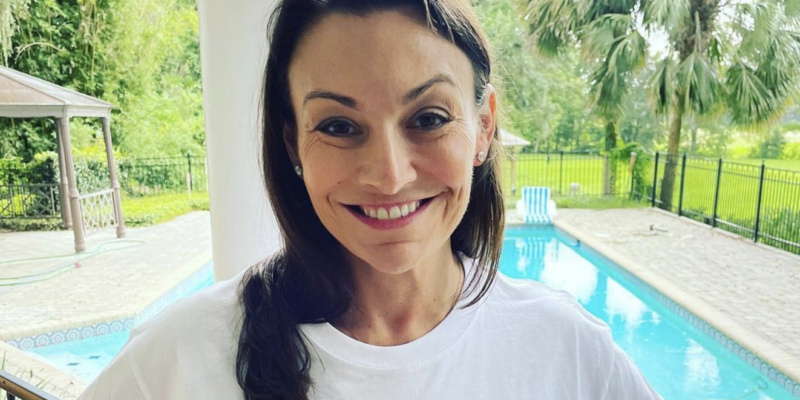 Put it all on Red!

A political committee behind a proposed constitutional amendment that would allow casino gambling in North Florida on Saturday dropped an emergency effort to block entities linked to the Seminole Tribe from interfering with signature gatherers.

The Florida Voters In Charge committee’s move also put a halt to a scheduled Tuesday hearing in the lawsuit, which accuses businesses, individuals and a committee tied to the Seminoles of trying to “sabotage” the petition drive, in part by paying people to stop gathering signatures. READ MORE

It's for the Environment

Florida's first "Green Governor" is getting a little praise (very little) from one of his 2022 Democratic gubernatorial opponents, Nikki Fried, over his environmental clean-up efforts.

Fried wants DeSantis to be more aggressive in all things environment. READ MORE

Debbie Wasserman Schultz=While prices are in the news, Florida voters remember: @SenRickScott sees a 'gold mine' for @GOP if they go up. Yet he + Republicans oppose Democrat efforts to slash them. That's some uncut self-serving hypocrisy.

US Rep Kathy Castor-The final 2021 payment of the #ChildTaxCredit is hitting bank accounts on 12/15! I have heard about how this $ has been providing an extra boost to purchase food, diapers, clothes &more. I’d love to hear how this payment has helped you & your family here.

Rep. Anthony Sabatini-Great to be at 83rd Troop Command’s HQ Dining Out in Tallahassee tonight.

Rep. Val Demings—A vote against the #BuildBackBetter Act is a vote against bringing down household costs for working families.

"Florida Democrats Upset Over Salazar's Pictures with Castro and Maduro" by The Floridian's Javier Manjarres—Florida Democrats are up in arms over a congressional office picture Rep. Maria Elvira Salazar recently posted that shows her sitting with the late-Fidel Castro and current Venezuelan strong man, Dictator Nicolas Maduro.

"DeSantis on Biden's 'Border Crisis': 'Cartels are Just Eating our Lunch' by The Floridian's Javier Manjarres

"Cammack Defends Police, but her First Responder Husband Gets Punished for it" by The Floridian's Jim McCool—Since President Joe Biden took office earlier this year, Progressive Democrats have been emboldened and have called for more drastic changes to the way law enforcement polices Americans.  US Rep. Kat Cammack (R-FL), whose husband is SWAT Medic, was recently punished by his police department after Rep. Cammack continued her crusade against the Defund The Police movement on the floor of the U.S. House of Representatives.

"Cammack Says Biden Administration is 'Soft on Crime' by The Floridian's Jim McCool—Recent crime numbers have shown concerning data regarding the huge increase in criminal activity across America over the past few years. Today, US Rep. Kat Cammack (R-FL) assigned blame to the Biden Administration for being, "soft on crime."

"Biden Holds High-Stakes Call With Putin Amid Ukraine Invasion Fears" by The Floridian's Mona Salama—In a high-stakes video call Tuesday, President Biden warned Russian President Vladimir Putin that the U.S. would impose "strong economic and other measures" in the event of a potential invasion of Ukraine, while the Kremlin demanded guarantees that NATO would not expand further eastward, ending in neither side reporting any substantial progress happening in the summit.

"Once A Breakaway Tour Themselves, PGA Tour Now Determined to Stifle Competition" by The Floridian's Javier Manjarres

"DeSantis Says He'll Sign Open Carry Gun Bill Into Law" by The Floridian's Javier Manjarres—According to the National Association for Gun Rights, Florida Gov. Ron DeSantis has “pledged his support for Constitutional Carry” and would sign into law HB 103, the Constitutional Carry or open carry, measure already introduced in the Florida House of Representatives.

"Biden Calls for 'Diplomatic Boycott' of Beijing Olympics" by The Floridian's Mona Salama—President Joe Biden (D) Florida lawmakers are adding pressure for the United States to fully boycott the upcoming Beijing Winter Olympics. The bipartisan effort comes after President Biden called for a diplomatic boycott. The Communist Party of China has faced mounting criticism over human rights abuses, and it criticized President Biden’s call as being “pure grandstanding” and “political manipulation.” Still, Democrats and Republicans are hoping that the United States does not join in the Olympics.

nikki Fried is Running a Losing Campaign for Florida’s Latino Vote" by The Floridian's Javier Manjarres—One of Agriculture Commissioner Nikki Fried’s gubernatorial campaign’s Hispanic advisors, Evelyn Perez-Verdia, is paid to communicate the commissioner’s vision to the Latino vote, including those Republicans and Independents who may not see eye-to-eye with her or her boss.

“Florida Democrats already pointing fingers as they steel themselves for November,” by POLITICO’s Gary Fineout: Former Miami Mayor Manny Diaz was heralded as a turnaround artist when he took the helm of the Florida Democratic Party. The big question nearly a year later is whether he’s done enough to help Democrats win in 2022.

"Murphy Says Idea That Florida is Becoming a Red State is ‘B.S.’ by The Floridian's Javier Manjarres—With Florida Gov. Ron DeSantis pouring some “Red Salt” into the gaping political wound that Florida Democrats have suffered as a result of their Socialism-minded agenda, and as Florida is now seen as a “Red State,” some Democrats like Rep. Stephanie Murphy aren’t buying the notion that their political party has lost the state to Republicans.

"DeSantis Champions ‘Historic’ GOP Voter Registration" by The Floridian's Daniel Molina—Over the weekend, Florida Governor Ron DeSantis (R) celebrated what he’s calling a “Historic win in the Sunshine State.” The Biden Administration and Democrats have struggled with Florida voters in recent weeks, and a number of polls have indicated that support for either has taken a hit both in the state and nationally.

"Longest Serving Florida AG Butterworth Endorses Crist" by The Floridian's Daniel Molina—This week, Florida state Senator Ileana Garcia (R) filed Public Records/Statewide Council on Human Trafficking (SB 294), a measure that aims to “increase the effectiveness of the work performed by the Florida Alliance to End Human Trafficking and protect the identity of individuals that support efforts to end human trafficking in Florida.” In reference to stopping human trafficking, the Florida lawmaker asserted that she became an elected official in order “to help defend and protect the most vulnerable in our community.”

"Fried Says DeSantis Needs to ‘pay Close Attention’ to new COVID Cases" by The Floridian's Daniel Molina—Florida Agriculture Commissioner Nikki Fried (D) is calling for Florida Governor Ron DeSantis (R) to pay close attention to COVID cases and hospitalizations after the first omicron variant case was reported in California. Commissioner Fried has been a vocal critic of the Governor’s response to the COVID pandemic in Florida while the state experiences the lowest cases and hospitalizations in the country.

"Rubio: Demings has ‘Commitment to Opening our Borders’ by The Floridian's Daniel Molina—The Rubio campaign is once taking political jabs at Florida Rep. Val Demings (D). This time it’s over the Florida Democrat’s vote in favor of the “Build Back Better” social spending bill. Dubbed a “socialist agenda” by prominent GOP members, the bill also received opposition from some Democrats. However, in reference to the bill’s response to immigration in the country, the Rubio team argues that Demings’s voting in favor of it is just another example of “her commitment to opening our borders.”

"Wasserman-Schultz Accuses Fox News of Spreading ‘Anti-Vax Propaganda’ by The Floridian's Jim McCool—Almost 2 years into the pandemic, and the world is still learning about COVID-19 every single day. Some however, would blame the slow progress of eradicating the coronavirus on those who peddle misinformation. Especially US Rep. Debbie Wasserman-Schultz (D-FL) who is accusing Fox News of spreading “anti-vax propaganda.”

"Garcia Files Bill to end Human Trafficking" by The Floridian's—This week, Florida state Senator Ileana Garcia (R) filed Public Records/Statewide Council on Human Trafficking (SB 294), a measure that aims to “increase the effectiveness of the work performed by the Florida Alliance to End Human Trafficking and protect the identity of individuals that support efforts to end human trafficking in Florida.” In reference to stopping human trafficking, the Florida lawmaker asserted that she became an elected official in order “to help defend and protect the most vulnerable in our community.”

"The New Saudi Arabian Golf League Threatens The PGA Tour, Florida Jobs, and the Sport of Golf" by The Floridian's Javier Manjarres

"Annette Taddeo Takes Aim at ‘Little Ronnie’s Regime’ by The Floridian's Daniel Molina—State Senator Annette Taddeo (D) has been vocal in her opposition to the State Department delisting FARC from its list of terrorist organizations. However, when questioned about her political beliefs, the Florida lawmaker took issue with DeSantis spokeswoman Christina Pushaw questioning her membership as a Democrat. Criticizing “little Ronnie’s regime,” the gubernatorial hopeful slammed Florida Governor Ron DeSantis (R), accusing him of being a Governor that wants to “emulate dictators.”

"Rubio Questions ‘Tight-Lipped’ Demings on Biden’s FARC Decision" by The Floridian's Daniel Molina—After the Biden Administration announced it would be delisting the Colombian-based Marxist terrorist group FARC from the State Department’s list of terrorist organizations, a number of lawmakers from both sides of the aisle raised furor over the decision.

"Scott: Biden Administration is ‘out of Touch With Reality’ by The Floridian's Jim McCool—Mayor Pete Buttigieg (D), the current Secretary of Transportation, is facing heavy scrutiny for urging Americans to buy electric cars amidst rising gas prices. Earlier, the Biden Administration announced that to combat the prices, it would be releasing barrels of oil from the United States’ strategic oil reserve.

"Republican Rep. Caruso Endorses Progressive Democrat Over Trump Candidate" by The Floridian's Javier Manjarres—The 2022 midterm elections could turn out to be the most consequential election to date, and Republicans who are expected to trounce Democrats next year, are all lining up behind to support fellow Republican legislators and candidates, except for State Rep. Michael Caruso (R).

"Florida Reports Lowest Daily Coronavirus Cases Per Capita" by The Floridian's Jim McCool—Undoubtedly, Florida has taken the least orthodox route in combating the Coronavirus Pandemic for almost 2 years. But now, the data is starting to show that this open policy might have paid off, as Florida now reports the lowest daily coronavirus cases per capita in the nation.

"Gaetz to File ‘National Stand Your Ground’ Legislative Measure" by The Floridian's Javier Manjarres—Days after Kyle Rittenhouse was found not guilty of murder for defending himself against armed assailants, Florida Rep. Matt Gaetz (R) announced on his “Firebrand” podcast that he would be filing a “National Stand Your Ground” measure in the U.S. Congress. 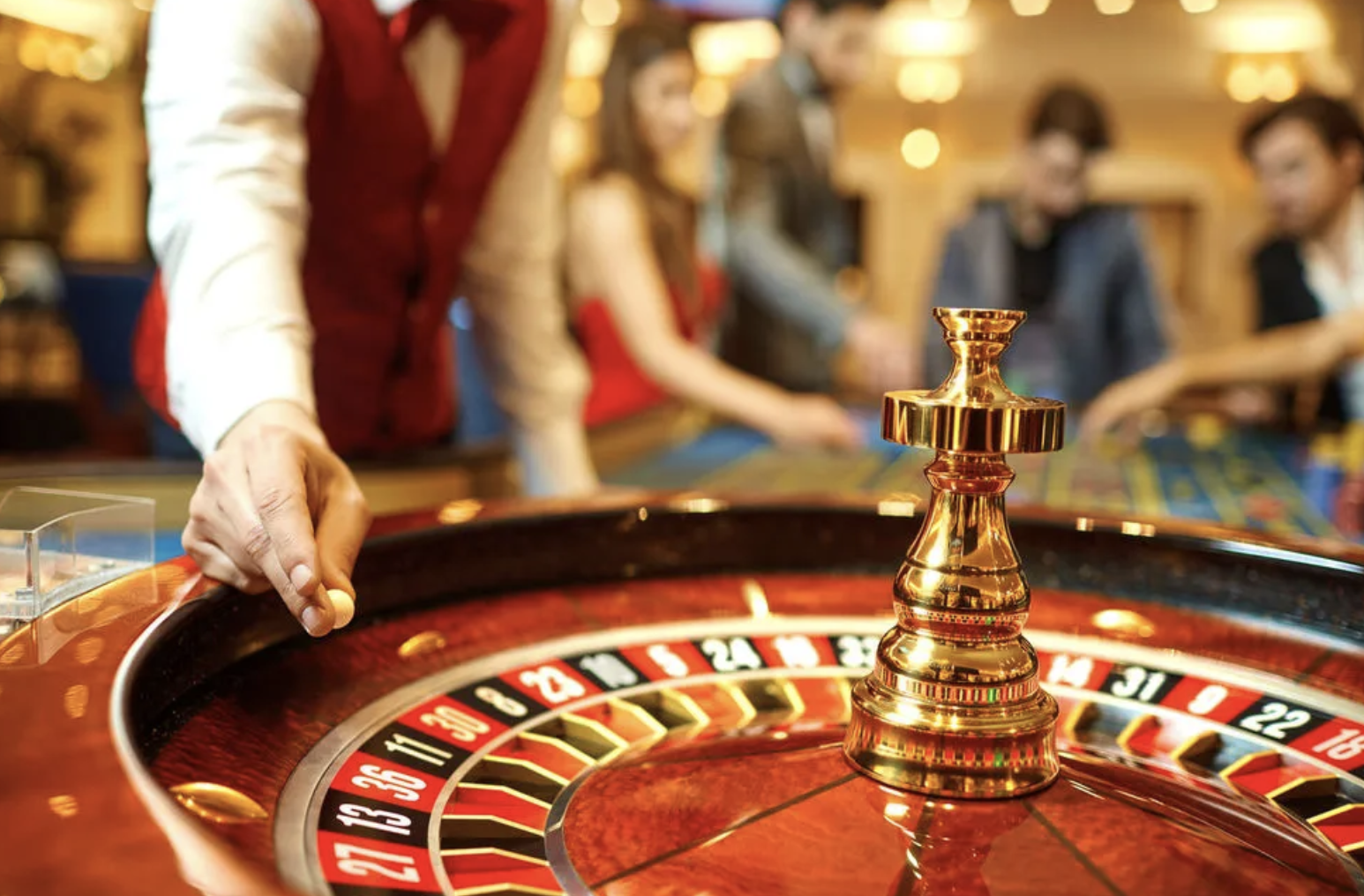