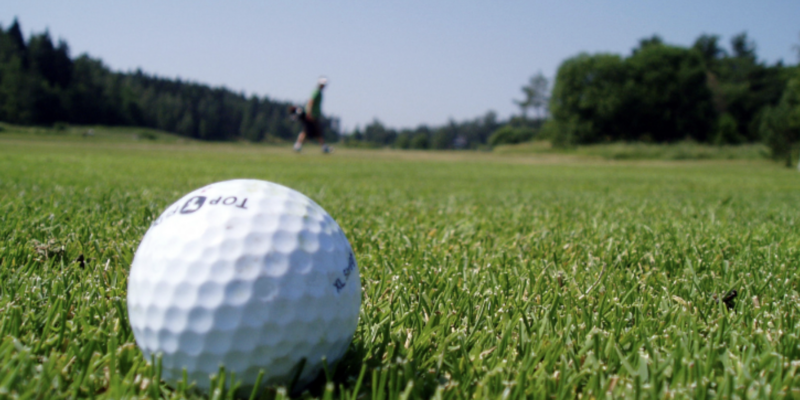 Let’s say, for the sake of argument, that you’re a repressive, oil-rich dictatorship. What do you do when the world is onto your act—when the jig is up, for instance, on murdering journalists? Well, if you’re the Kingdom of Saudi Arabia, you try to use sports to obscure your transgressions.

That’s what Saudi Arabia’s leaders have been trying to do for the last several years, particularly in the wake of the 2018 murder of journalist Jamal Khashoggi. In the aftermath, the Kingdom has been buying up stakes in soccer teams, hosting Formula 1 races, and launching expansive economic development projects, including creating whole cities from whole cloth. All of it is designed to deflect from the obvious criticisms—on human rights, the treatment of women, and the protection of free speech.

Their latest gambit: Attempting to buy the game of golf. With money from their sovereign wealth fund, they’ve decided to create a competitive golf league to rival the US-based PGA Tour and the European tour. Make no mistake: For Floridians and those who love golf, the Saudi attempt to sportswash their terrifying record with this golf league is a red alert.

1) Hire a washed-up golf pro who has a gripe with the PGA Tour. The Saudis did this with Greg Norman, the Australian golfer, who is now shilling for the kingdom and having to make statements like this to questions about Saudi Arabia's record on human rights: “No, I have not been used for sportswashing because I’ve been to Saudi Arabia, and I’ve seen the changes that have taken place. Every country has done horrendous things in the past . . . just look at America with racism, for example, it’s just so embedded here, it’s just ugly.”

2) Throw money at the problem of no one wanting to fly to Saudi Arabia to compete regularly or wanting to watch golf tournaments at odd hours. Indeed, the Saudis are basically trying to buy up individual golfers away from the PGA Tour and European tour, promising them multi-million dollar blood money buyouts because being affiliated with “the Saudi Golf League” isn’t exactly a prime calling card.

The problem for Florida residents and golf fans is this: In their unmatched ability to use oil money to buy up the sport, they could cripple the PGA Tour, a homegrown, Florida-based institution that has championed golf in the United States for decades. If the PGA Tour loses top talent, it will become less appealing for fans; if it becomes less appealing, it will have to shrink.

In other words, the Saudis aren’t just sportswashing—their sportswashing also threatens Florida jobs. Importantly, the PGA Tour headquarters are in Florida, at Ponte Vedra Beach, and the Tour employs almost 4,000 people. Five PGA Tour events are scheduled to be held in Florida in the next four months alone.

The Saudi Golf League also changes the character of the sport. Part of the appeal of so many US-based tournaments is that you can plausibly attend them if you’re a fan or watch them if you can’t be there in person. But if the Saudis succeed and tournaments shift their locations to the Middle East, it’s the fans who lose most of all—by not being able to attend, nor being able to watch at a reasonable hour.

More broadly, allowing the Saudi Arabian government to play three-card-monte with its human rights record by way of golf is an affront to the world. It signals to other repressive regimes: Go ahead and murder journalists, and then just buy yourself out of the drama. It allows sports to be corrupted, and it enables the worst actors in the world to get a free pass.

Floridians ought to stand up and say something to our elected officials and PGA Tour golfers. All Florida politicians—particularly Governor DeSantis and Senators Rubio and Scott—must be ready to take action. If enough people speak out about this travesty, it will deliver an unmistakable message to the Saudi Arabians: No, you can’t use your oil money to buy up golf as a way of getting us to forget the awful things you’ve done.