The redistricting special session is just days away and as we expected to happen, the Republican-led state legislature finally saw the light and is backing Gov. Ron DeSantis’s newly-introduced congressional redistricting map.

There aren’t coincidences in politics, so when the State Senate releases a statement of support for DeSantis’s map less than an hour after it was introduced, it shows that DeSantis was always going to get his way.

We are still all driving and flying up to Tallahassee next week to cover the special session, but just how long will this session really last? READ MORE

While he won’t say it (he doesn’t speak Espanol) out loud, Gov DeSantis is telling illegal immigrants in plain English that they are not welcomed in Florida. READ MORE

Rick Scott-I was proud to sign this important bill into law as governor of Florida and I’m glad to see it upheld by the court. Life begins at conception and every child, including the vulnerable unborn, must be protected.

U.S. Rep. Stephanie Murphy-On National Borinqueneers Day, we recognize the 65th Infantry Regiment, a mostly Puerto Rican unit that distinguished itself for valor in the Korean War & earned the Congressional Gold Medal. Proud @RepJenniffer & I co-led the effort to establish this day of recognition.

Byron Donalds-Inflation soaring to 8.5% is the highest in most Americans’ lifetimes. The last time it was this high, Jimmy Carter had just left office. This is disgraceful

"Book Launches New Campaign Ad, but Faces Competition" by The Floridian's Jackson Bakich—State Sen. Lauren Book (D-FL) is currently seeking reelection in District 35, and she’s just released her first digital advertisement proclaiming her record as a “Democratic leader and fighter for families” according to her press release regarding the ad.

"Progressive Groups Challenge Family First Alimony Reform Bill" by The Floridian's Javier Manjarres—Just as national Conservative and Christian organizations support SB 1796, the Alimony Reform bill that will be landing on Gov. Ron DeSantis’s desk for signing, Progressive groups are expressing their opposition to the measure.

"Republican Vennia Francois Campaign on a Roll" by The Floridian's Jim McCool—Vennia Francois (R-FL), who filed for State House 44 (currently proposed HD 45) four months ago, has seen massive gains in her campaign after making her way on the ballot. This includes $110,000 in total fundraising, with $30,000 alone from a December event.

"Gas Prices Drop in Florida" by News Service of Florida

"DeSantis Signs Fatherhood Bill" by The Floridian's Jackson Bakich—Gov. Ron DeSantis (R-FL) signed HB 7065 on Monday, a measure that includes approximately $70 million in funding to promote involved fatherhood in the Sunshine State. The funding is allotted to the Department of Juvenile Justice (DJJ) and the Department of Children and Families (DCF).

"Nightmare Poll Numbers Plague President Biden" by The Floridian's Jim McCool–Polls have never been the friend of a president going into the midterm election cycle, and the latest CBS poll finds  President Biden (D) enduring one of his worst approval ratings ever for any sitting president.

"FL Democrats Call Rubio's Remarks on Venezuela 'Disgraceful' by The Floridian's Jim McCool—Recently, US Senator Marco Rubio (R-FL) gave his response to a group of Venezuelans who criticized him. Now, Florida Democrats are taking issue with his remarks, calling the Senator, "disgraceful."

"Scott Cosponsors Bill Limiting Biden's Authority on National Emergencies" by The Floridian's Jackson Bakich—Sen. Rick Scott (R-FL) recently co-sponsored the Real Emergencies Act, a measure that was introduced by Sen. Shelley Moore Capito (R-WV). This bill is in response to lawmakers on the left calling on President Joe Biden (D) to use a declaration of a national emergency for political purposes.

"Scott Cosponsors Bill Limiting Biden's Authority on National Emergencies" by The Floridian's Jackson Bakich—Sen. Rick Scott (R-FL) recently co-sponsored the Real Emergencies Act, a measure that was introduced by Sen. Shelley Moore Capito (R-WV). This bill is in response to lawmakers on the left calling on President Joe Biden (D) to use a declaration of a national emergency for political purposes.

"Rubio Introduces Uyghur Policy Act" by The Floridian's Daniel Molina—Florida Senator Marco Rubio (R), a vocal critic of the Chinese Communist Party, has introduced the Uyghur Policy Act. The legislation would “increase U.S. support for the Uyghur diaspora in the United States and other countries” while also advocating “for improving the conditions of Uyghurs suffering human rights abuses at the hands of the Chinese Communist Party.”

"Waltz: ‘Send Ukraine the Damn ‘MiGs’ by The Floridian's Daniel Molina—Over the weekend, Florida Rep. Michael Waltz (R) reaffirmed his stance that the United States should do more to help Ukraine fend against the ongoing invasion from Russia. After an exchange with Secretary of Defense Lloyd Austin and Chairman of the Joint Chiefs of Staff General Mark Milley during a hearing, Waltz penned an op-ed for FOX News discussing the ensuing war calling for the Biden Administration to “send Ukraine the damn MiGs.”

"Stopping Government Outreach, Protecting Your Medical Freedom" by Reps. Kat Cammack and Gus Biliriakis—For the last two years, the U.S. has grappled with the COVID-19 pandemic and its associated lockdowns, shutdowns, mandates, and public health orders. In Florida, we’re fortunate to have Governor DeSantis leading the way to keep Florida free and open, fighting back against the orders to which blue cities and states have become accustomed.

"Mills Vows to Donate Entire Congressional Salary to Charity" by The Floridian's Javier Manjarres—Even as the congressional district lines across the state have yet to be finalized as a result of the dragged-out redistricting process, Republicans vying to replace retiring Rep. Stephanie Murphy (D) in Florida’s 7th District continue to campaign in the district that may drastically change in the coming weeks. 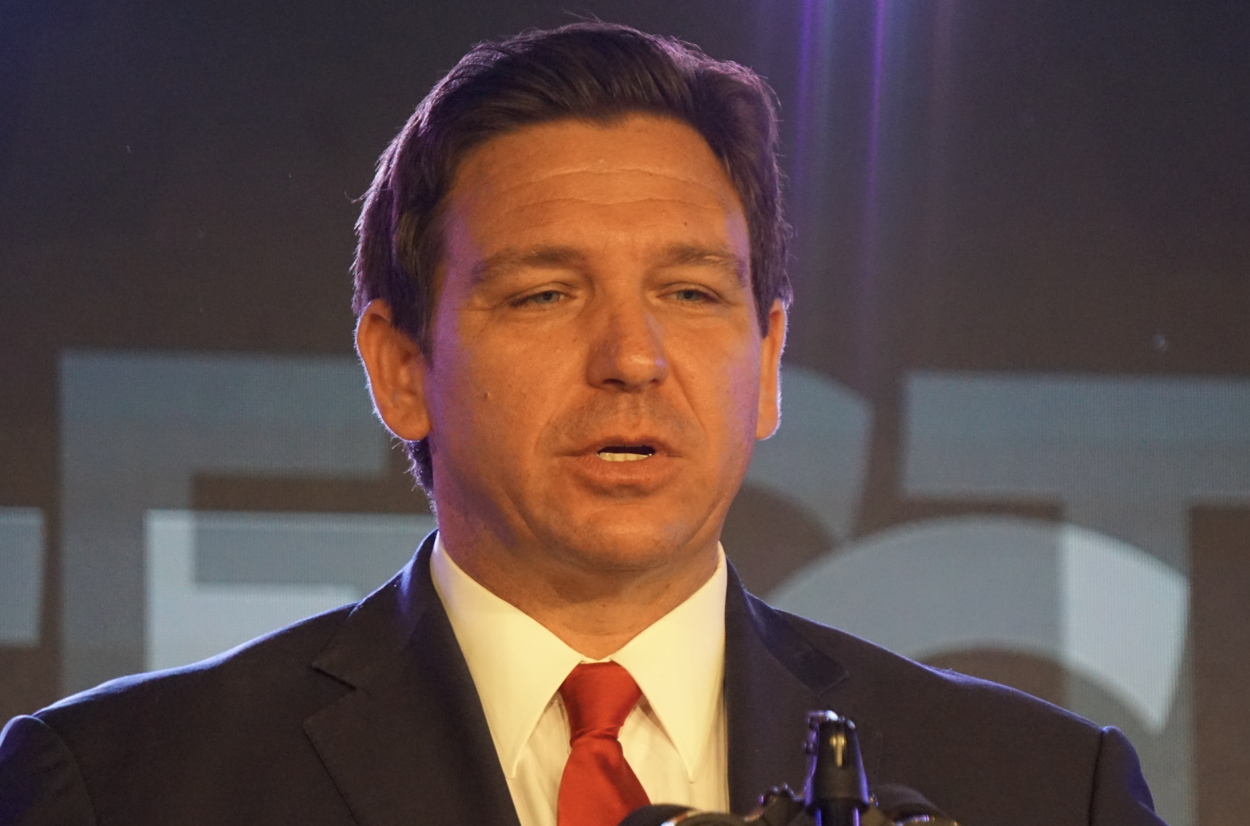 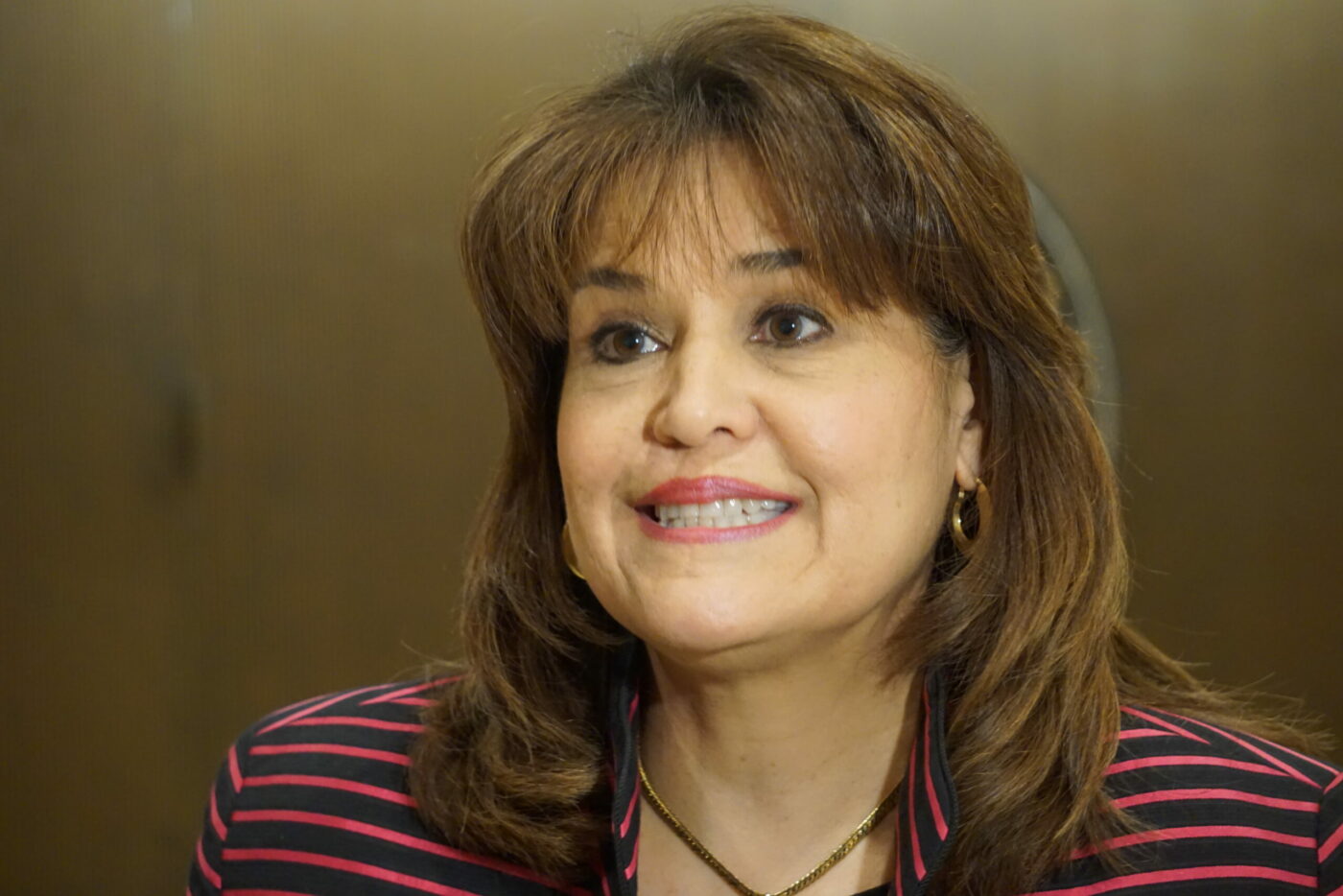 Taddeo Calls for Democrats to 'Sit out' Special Session