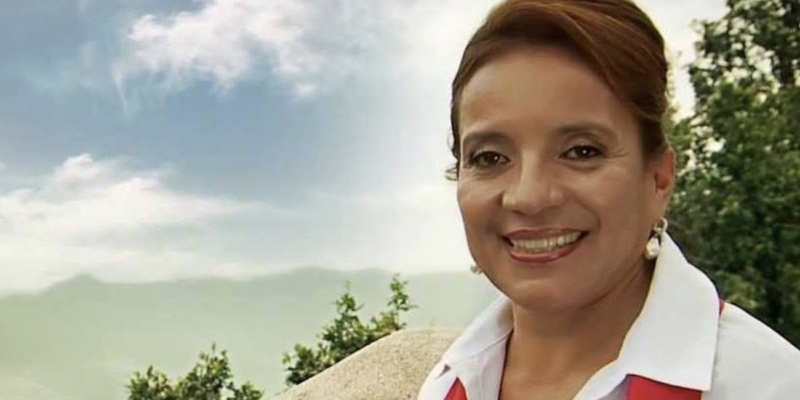 With Communism continuing to spread throughout the Western Hemisphere, and the region having recently seen the long-time Democratic governments in Colombia and Brazil replaced with Leftist or socialist governing bodies, the U.S. and other Democratic nations have been put on notice.

President Castro, who was once First Lady of Honduras when her husband  Manuel Zelaya won the presidency in 2005, has in the past expressed her support for the late Venezuelan Dictator Hugo Chavez, and upon winning her election, received congratulatory calls from the Socialist government of Venezuela, Nicaragua, and Cuba.

Castro is now threatening to shut down that country’s free trade zones.

U.S. lawmakers are paying close attention to what is transpiring in Latin America.

Rep. Maria Elvira Salazar has told The Floridian that these zones are vitally important for “economic prosperity” in Honduras, and “create a strong incentive for investment” in that country.

Rep. Salazar added that the best way to combat the growing threat of socialism in the region was to “embrace the economic liberties the Castro-Maduro-Ortega axis denies their own people.”

“The Honduran people have the right to economic prosperity like any other nation. Part of the United States’ commitment to building this prosperity requires embracing free market principles here and abroad,” said Rep. Salazar. The availability of ZEDEs creates a strong incentive for investment in Honduras, a country that would greatly benefit from increased economic development. The best way to fight socialism in Latin America is to embrace the economic liberties the Castro-Maduro-Ortega axis denies their own people. Expanding ZEDEs and similar economic projects do exactly that.”

Other Republican lawmakers in Washington, Sens. Marco Rubio and Ted Cruz, and Reps. Carlos Gimenez and Mario Diaz-Balart, have all told The Floridan that they were keeping a close eye on this potential economic threat to the U.S. that Honduras’s Castro is flirting with.

On October 13, 2022, Senators Ben Cardin (D) and Bill Hagerty (R) penned a letter urging U.S. Secretary of State Antony Blinken and the State Department to nudge , or “encourage” Honduras “to honor legal guarantees with respect to U.S. investments made in the Honduran  ZEDEs.

“As the growing risks posed by global conflict and instability are driving strategic industries to relocate closer to the United States and neighboring nations, nearshoring opportunities increasingly abound for Honduras and other countries in Central America.  Nearshoring will de-risk supply chains for U.S. firms.  Investments in nearshoring also will help alleviate the poverty that encourages illegal migration to the United States and to provide new employment opportunities for talented young Hondurans.  That said, we are gravely concerned that the Honduran government is advancing policies and actions that are inconsistent with this promising future,” the Senators wrote.

“Our concerns stem, in part, from the tone and content of Honduran President Xiomara Castro’s speech before the United Nations General Assembly on September 20, 2022, and a large U.S.-based company’s announcement on September 27 that it is closing one of its major facilities in Honduras,” the Senators continued. “The damaging reputational effects of these and related events risk becoming irreparable if compounded by the Honduran government’s potential violation of the 50-year legal stability guarantee that protects U.S. investments in Honduran Economic Development and Employment Zones (ZEDEs) under the Dominican Republic-Central America-United States Free Trade Agreement (CAFTA-DR).”