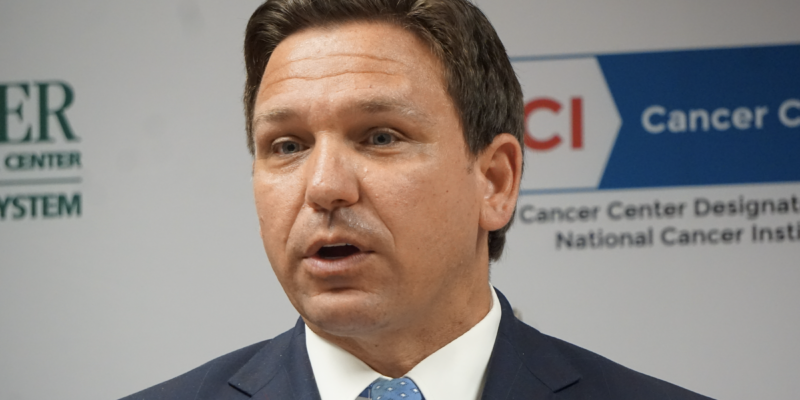 Florida Governor Ron DeSantis (R-FL) has been an avid opponent of Socialism in Florida, and around the nation.  Now, the governor is calling the results of the Colombian election, "troubling," as the winner of the presidential election is set to become the South American nation's first leftist president.

Gustavo Petro, who is a former rebel and legislator, narrowly defeated a political outsider millionaire on Sunday.  In the runoff race, Gustavo secured 50.48% of the national vote.  This marks the first time in history Colombia has elected a candidate from the leftist party as president.

As a state with many Colombian-Americans, Governor DeSantis made mention of the recent election at a press conference this week.

"I just want to say on behalf of the people of Florida, we watched the election results down in Colombia, and we have a lot of great Colombian-Americans here in our state who are very concerned about whats going on, and I think the results of that election have been very, very troubling for people that believe in freedom and the Western Hemisphere," said Gov. DeSantis.

The election in Colombia of a former narco-terrorist Marxist is troubling and disappointing. The spread of left-wing totalitarian ideology in the Western Hemisphere is a growing threat. Florida stands with Colombian Americans on the side of freedom. pic.twitter.com/0O7UVccH6M

DeSantis then called Petro, "a former narco terrorist and a Marxist," adding, "We've stood with the people here in Florida that have ties to Colombia, we've had a great relationship with Colombia as a state.  We were all hoping the outcome would be different, but we've got a problem in the Western Hemisphere with Marxism and Totalitarianism really spreading."

The governor then concluded his remarks stating it was, "very, very disappointing, and very, very troubling results."

Rubio, Scott Sponsor Bill Aimed at Stopping the Export of Oil to China