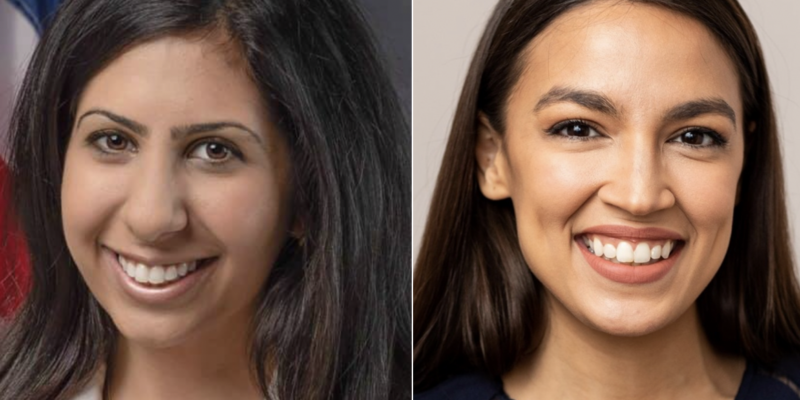 As Florida's political class continues to wait to see how the final congressional redistricting map is drawn, there has been speculation that Progressive State Rep. Anna Eskamani (D) was eyeing Rep. Stephanie Murphy's congressional seat in District 7.

The Floridian recently spoke to  Rep. Eskamani about her potential run for Congress now that Rep. Murphy has announced that she would not seek re-election to the House of Representatives.

Rep. Eskamani has been telling folks that she would not run for Congress, but it appears as if she is keeping her options open.

Now, US Rep. Alexandria Ocasio-Cortez (D-NY) has given her stamp of approval for a potential Eskamani run for the United States Congress.

The immensely popular Rep. Ocasio-Cortez told The Floridian on Friday that she's well aware of Rep. Eskamani and praised her progressive record and efforts in the Florida legislature. Rep. Ocasio-Cortez also thought our naming Eskamani the"Florida AOC" was funny.

Rep. Ocasio-Cortez or "AOC," who heads up the House" Squad", was well aware of  Eskamani's push for a $15 minimum wage bump.

"I've seen what she's done in the state of Florida, the way that she organized for a $15 minimum wage, and a bunch of other stuff.  She certainly has done and demonstrated a record that I think would absolutely make her a legitimate candidate," said Ocasio-Cortez.

Ocasio-Cortez has long stood up to some of her Democratic colleagues in Congress like US Senator Joe Manchin (D-WV) just as much as she has to Republicans.  With Eskamani, Ocasio-Cortez feels that it would be a "great opportunity" for the working class if she ran for Congress.

"Which is a great opportunity, in general overall. This is a political opportunity a more working-class politics (Sic) to enter that seat.  I always say, not all Democrats are the same, and just because you have a “D” next to your name, doesn’t necessarily that you are championing the policies that are going to help the working class.  And this is an opportunity where you can actually have a candidate like that," said Ocasio-Cortez of Eskamani.

If Eskamani does decide to run for Congress in Rep. Murphy's open District 7 seat, she would face the winner of the Republican primary race between Rep. Anthony Sabatini, Combat Veteran Cory Mills, Navy Seal Brady Duke, Erika Benfield, and three other candidates. This could become one of the most, if not most ideologically-charged congressional races of the 2020 midterm election.

This show of support of Eskamani by AOC all but clears any potential Democratic primary race.

Javier Manjarres contributed to this story 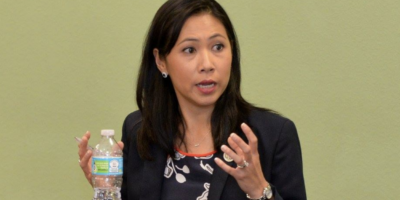