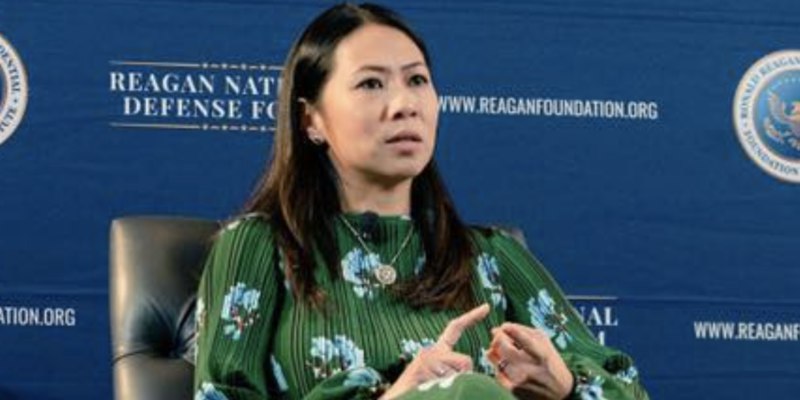 Among the controversial media headlines the US military has been making lately, President Biden (D) has advocated for a 1.6% increase to defense discretionary funding and has received support from Rep. Stephanie Murphy (D-FL), who calls the increase in defense spending "strong and sensible."

The House Blue Dog Democratic Caucus, a coalition of moderate Democrats, recently wrote a letter of support to the President's defense funding increase, stating  that they "oppose calls to authorize or appropriate funding below level."

This afternoon, Rep.Murphy tweeted on the matter and voiced her support for increasing military funding as the "U.S. faces a complex array of threats from China, Russia, North Korea, Iran, and terrorist groups," Murphy then stated that "Now is not the time to cut defense spending.":

I led a letter from members of @HouseBlueDogs in support of strong defense funding for the coming fiscal year. The U.S. faces a complex array of threats from China, Russia, North Korea, Iran, and terrorist groups.

Now is not the time to cut defense spending. https://t.co/eXGJU7hCFt

The hawkish leadership on this issue should not surprise anyone, as Murphy not only owns up to being a Blue Dog Democrat but has also been named as the top Democrat leading bipartisan efforts in Congress with the Abraham Lincoln Leadership for America Award, earning a 100% rating by the US Chamber of Commerce.

The news should help the congresswoman carry momentum into her District 7 reelection race against state Rep. Anthony Sabatini (R-32), who has garnered more than enough support to be considered a serious candidate, including the endorsement of Rep.Matt Gaetz (R).

Sabatini has long accused Murphy of being too liberal, as her voting record according to ProPublica aligns with Rep. Alexandria Ocasio-Cortez (D-NY) and Rep. Ilhan Omar (D-MN) over 90% of the time.

With many Republicans taking shots at the military due to controversial diversity training, now could be the time for Rep. Murphy to capitalize on the moment and spread her bipartisan message.