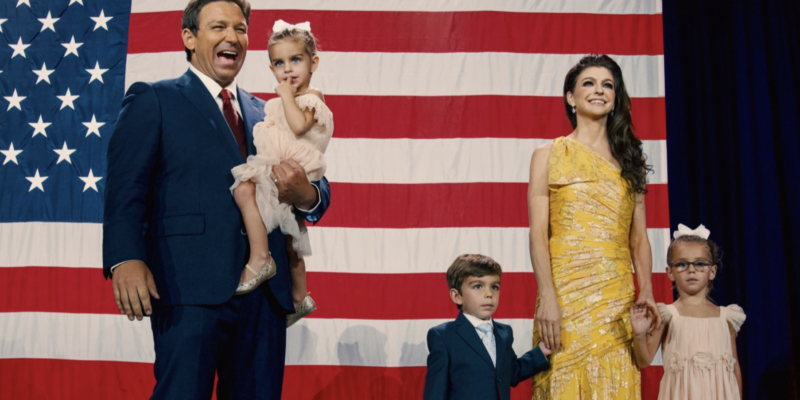 While other states continue counting votes, Florida went solidly red this midterm cycle. As such, the Sunshine State serves as a major lynchpin in the GOP's hopes for retaking the House and potentially the Senate. Gov. Ron DeSantis (R) crushed Charlie Crist (D) by 20 points, retaining his governorship by a landslide. Sen. Marco Rubio (R) will go into his third term by winning 9 points over Rep. Val Demings (D-FL-10).

Demings took her defeat in stride, conceding gracefully in her speech. "Things did not turn out the way we hoped," she says, "but that's alright. I have spoken with Senator Rubio, and I congratulated him, and said to him that Florida is our home state. And please continue to work hard for the place we call home, Florida." She does not admonish voters, instead saying that "I stand by the decision of the people. We are a government of the people, for the people, and by the people."

Overall, Florida is proving a foundational state in what many are hoping is a "red wave." Throughout the night and continuing into the next day, Sen. Rick Scott (R-FL) has kept tabs on other Republicans projected to join him in the Senate on Twitter. In addition to Rubio, Tim Scott (SC), Rand Paul (KY), Todd Young (IN), James Lankford (OK), John Boozman (AR), Jerry Moran (KS), John Hoeven (ND), John Thune (SD), Mike Crapo (ID), Chuck Grassley (IN), John Kennedy (LA), Mike Lee (UT), and Ron Johnson (WI) will retain their seats.

These will be joined by several GOP newcomers to the Senate, those being Katie Britt (AL), Markwayne Mullin (OK), Eric Schmitt (MO), J.D. Vance (OH), and Ted Budd (NC).