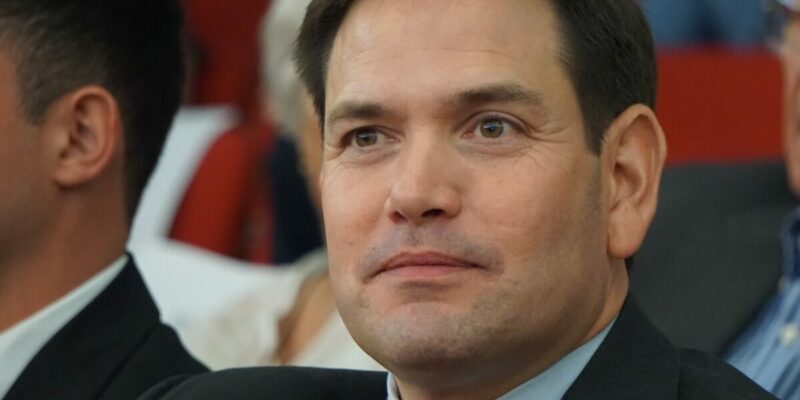 The polls have closed, and the U.S. Senate race has been called in favor of Sen. Marco Rubio (R-FL) with a solid percentage total. Rep. Val Demings (D-FL) was looking to flip a Senate seat in favor of the Democrats, as they are attempting to maintain their majority in the chamber. This is Rubio’s 3rd time winning this seat.

According to FiveThirtyEight, Rubio maintained nearly a 9-point advantage in the polls going into election day, despite having just a 2-point lead in the middle of August.

This election was hard fought. To highlight what has been said, Demings accused Rubio of being absent, stating that he “doesn’t show up for work.” Rubio responded with “she's never been involved in anything important for her community, or for the state, not to mention for the country."

In September, Rubio slammed Demings for campaigning with Karla Hernandez-Mats (Crist’s running mate), citing her history concerning education and her response to the covid-19 pandemic, all while giving her a nickname along the way.

“Demings and Karla Marx share a love of school lockdowns: Demings called reopening schools a ‘recipe for disaster,’ while Marx said, ‘we should have stayed 100 % virtual.’ A devastating new study proved that keeping kids out of schools led to ‘the performance of 9-year-olds in math and reading dropping to the levels from two decades ago,’” stated Rubio and his campaign. They went on to mention that “When dictator Fidel Castro died, Karla Marx said that ‘many in Cuba mourn.’ Meanwhile, Demings had nothing to say about the plight of the Cuban people until she announced her run for Senate, and since then has proven she can't be trusted to advocate for the cause of freedom in Cub, fundraising alongside pro-engagement groups,” said the campaign team.

In July, the campaigns traded blows through advertisements and press releases. The common attack on Rubio from Demings was that he was not showing up for work. At one point, Rubio launched an attack on Demings alleging the same infraction, including not showing up for a House Homeland Security Committee hearing on the coronavirus response. The Demings team responded with a statement of their own.

“Just when you think you’ve seen it all, today the NRSC attacked Chief Demings for… showing up to work. Meanwhile, Chief Demings passed four pieces of legislation out of the House as part of the NDAA relating to law enforcement, anti-terrorism, and homeland security. The NRSC’s desperate attack comes the day after we launched a new ad, where Chief Demings attacks Marco Rubio for having one of the worst attendance records in the Senate. On that same day, Marco missed two committee hearings— for an Appropriations subcommittee and Foreign Relations,” said the Demings team.

Throughout the campaign, Val Demings decided to run as ‘Chief Demings’ rather than Rep. Demings, citing her time as the Chief of Police in Orlando from 2007-2011. Rubio claimed that she did this because she didn’t want people to remember that she was a Congresswoman due to her alleged inactivity.

While Republicans were confident that they would keep this seat, Republicans around the state of Florida can now release a collective sigh regarding this once close race.