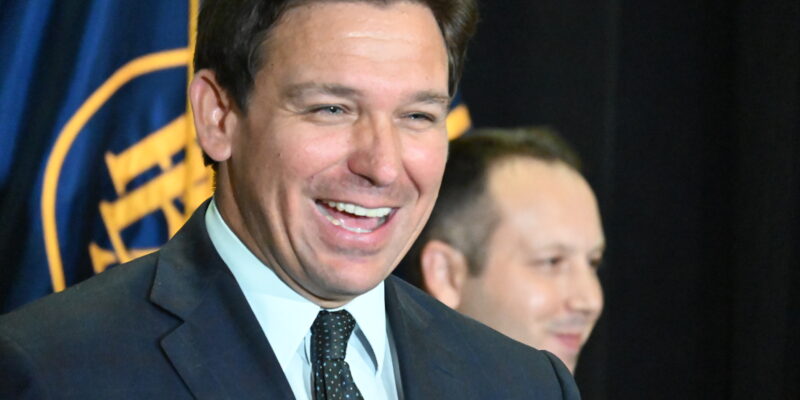 The Florida gubernatorial race has just been called. The results show Gov. Ron DeSantis (R) has clobbered Charlie Crist (D). A result that is largely unsurprising, for the chances have long been in DeSantis' favor, with the latest polls before the election showing him ahead of Crist by at least 10 points. DeSantis finished off Crist with a 20 percentage vote total.

Crist has had difficulty courting voters since the beginning. In July, Crist refers to DeSantis as a "fascist" whose voters have "hate in their hearts," and thus he did not want their vote. In September, Crist says he is "so damn proud" of President Biden's infamous "MAGA Republicans" speech in Philadelphia. Shortly after, Crist easily one-upped Biden in painting Republicans as evil when he flat-out called Gov. DeSantis "DeSatan" and compared himself to Jesus.

This is to say nothing about Crist's running mate Karla Hernandez-Mats, a Miami-Dade teacher's union boss. Hernandez-Mats cultivated her own share of controversies throughout the campaign, becoming known as "Karla Marx" for her apparent sympathy to Cuban dictator Fidel Castro's passing. Additionally, she mockingly compared members of the legislature to special education students, a joke that Casey DeSantis derided as "callous" and "a new low."

A big attack the DeSantis campaign levied against Crist was his ideological ties to the Biden administration.

“My opponent classifies Joe Biden, who has driven our country into a downward spiral of chaos and destruction, as ‘the best president of our lifetime,’” said DeSantis, attempting to share with Floridians that “Biden and the Democrat Machine are advancing a far-Left agenda that will be the downfall of our great country.”

DeSantis would also state that Crist has not failed to shy away from the President.

“While other Democrat candidates have avoided Biden like the plague on the campaign trail, Charlie begged him to come to Florida to promote the Left’s woke agenda that would turn our state into a progressive dystopia,” said DeSantis.

An even bigger blow to the Crist campaign came in the form of several former colleagues of Crist throwing their lot with DeSantis.

Needless to say, it looks as though DeSantis has put the "old donkey" Crist "out to pasture."