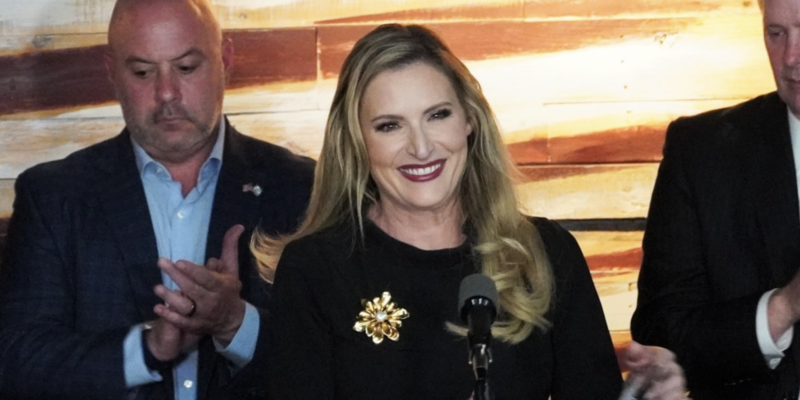 In Florida’s 15th Congressional District, Laurel Lee (R-FL) has defeated Alan Cohn (D) and will serve in the United States House of Representatives. Lee was the former Secretary of State appointed by Gov. Ron DeSantis (R-FL).

On Election Day, FiveThirtyEight gave Lee a 97% chance to win the seat. This race was never projected to be close. Most projections from the cite had Lee winning by 20 points in Congressional District 15.

This was not Cohn’s first attempt at the United States House of Representatives. In 2020, the Democrat lost to current Florida legislator, Rep. Scott Franklin (R-FL). Franklin is seeking reelection this year in CD 18 due to the restructuring of the districts.

Franklin endorsed Lee for the seat in October. Naturally, he was quoted giving high regards to Lee.

“Having grown up in a military family and serving the state of Florida first as a prosecutor, a judge and then as Secretary of State, Laurel knows the meaning of service,” said Congressman Franklin. “In Congress, I am confident that spirit of service will translate into a strong advocate for the communities that make up Congressional District 15.”

Lee was also endorsed by Attorney General Ashley Moody (R) when she stated, “I am proud to endorse Laurel Lee, and I know she will make an outstanding conservative fighter for Florida in Congress.”

This will be Lee’s first term as a U.S. Representative in the House.