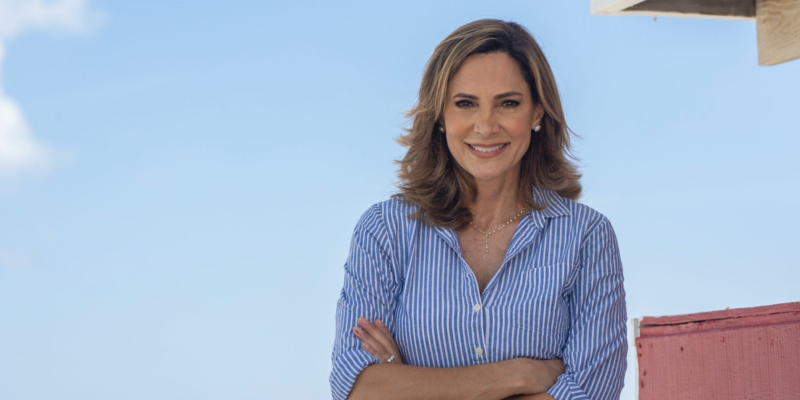 Rep. Maria Elvira Salazar (R-FL) wrote a letter to President Joe Biden (D) concerning Cuban citizens and their fight for freedom. In the letter, Salazar asserts not only that the President should do more to help those who have been denied human rights on the island, but that he should also bar the Cuban regime from receiving aid due to its history of sponsoring terrorism.

While the United States lists the communist nation as a state sponsor of terror because of its repetitive history of “providing support for acts of international terrorism in granting safe harbor to terrorists,” the Biden administration has maintained a relationship with the regime.

“We should not give aid to countries that sponsor terrorism,” writes Salazar in the letter.

“The Foreign Assistance Act of 1961 and U.S. public law states that ‘The United States shall not provide any assistance… to any country if the Secretary of State determines that the government of that country has repeatedly provided support for acts of international terrorism.’ The United States should not give foreign aid to a country that could use that money to support terrorism; doing so is immoral and dangerous.”

In July, massive protests engaged in Cuba with chants of “Patria y Vida” (Homeland and Life) rang out which resulted in years of prison sentences for those who chose to speak out against regime publicly.

Alongside asking Biden to withhold aid to the nation, Salazar is looking to make the Cuban people the ability to use the internet and to show the rest of the world the hardships that they are facing.

“Cubans protesting their oppression are once again being viciously beaten because the regime knows no one will see their crimes,” Salazar notes to the Commander-in-Chief. “They cut the internet and silence dissenters. For more than a year, I have repeatedly asked you to give the people of Cuba connectivity.”

Salazar finishes the letter by reminding President Biden that as the leader of the free world, it is his duty to help those around the world that are peacefully protesting to retain their human dignity.

“As President of the United States, the international beacon of freedom, it is your duty to support the protestors in any and every way possible. Instead of working with the regime, we must help the Cuban people directly and give them connectivity.”