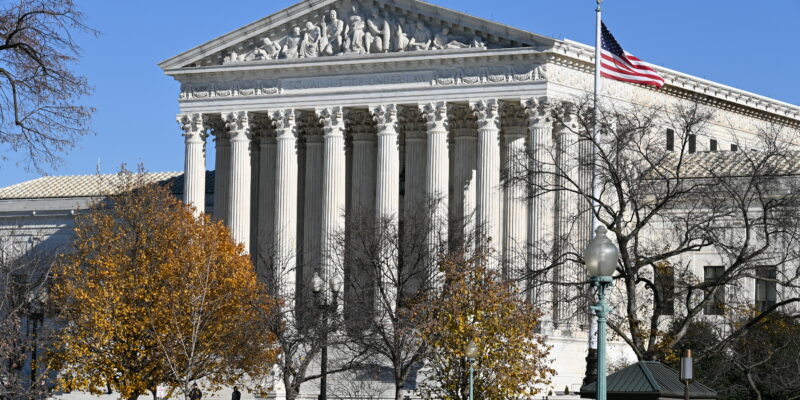 California Progressive Rep. Ro Khanna (D)  is once again calling for term limits for U.S. Supreme Court justices less than a month after Democrats lost control of the U.S. House of Representatives.

“We need term limits for Supreme Court justices. No justice should serve more than 18 years — which means the time for many of the current justices would already be up,” stated Rep. Khanna.

Rep. Khanna’s direct call to action is against conservative Justice Clarence Thomas, who first sat on the bench in 1991.

Khanna’s SCOTUS term limit idea was first introduced back in 2020 when he introduced his “Supreme Court Term Limits and Regular Appointments Act of 2020.”

The bill, which was co-sponsored by House Progressive “Squad” member Rep. Ilhan Omar, Florida Rep. Darren Soto, and seven other Democratic legislators, would require the President of the United States to appoint a Justice to the SCOTUS every two years.

Of those cosponsors, Reps. Barbara Lee (D-CA) and Earl Blumenauer (D-OR) have been in the House of Representatives for 24 years and 26 years, respectively.

In other words, both Reps. Lee and Blumenauer have held elected office longer than any other Supreme Court justice outside of Justice Thomas.

Did someone say term limits?

While Democrats are serious about trying to control the Supreme Court and have advocated for the aforementioned term limits and “court-packing,” Republicans find attempts by lawmakers to change the complexion of the court “comical.”

Congressman-elect Cory Mills, who recently won the open seat Rep. Stephanie Murphy (D-FL) left when she decided to retire from the House of Representatives, all but call congressional Democrats hypocrites for not taking issue with the late Justice Ruth Bader Ginsberg's 27 years of service on the Supreme Court.

“It’s comical that ANY member of the House or Senate try to talk about SCOTUS term limits when it’s the House that’s the problem. It’s also interesting Dems have no issue with these items when to their favor, and idolized RBG with her 27yrs on SCOTUS,” stated Mills.

Unless House Democrats take up SCOTUS term limits bill for a vote by the end of the year, the measure is dead. Republicans will take control of the lower chamber on January 3, 2023 and will not even think of considering it.