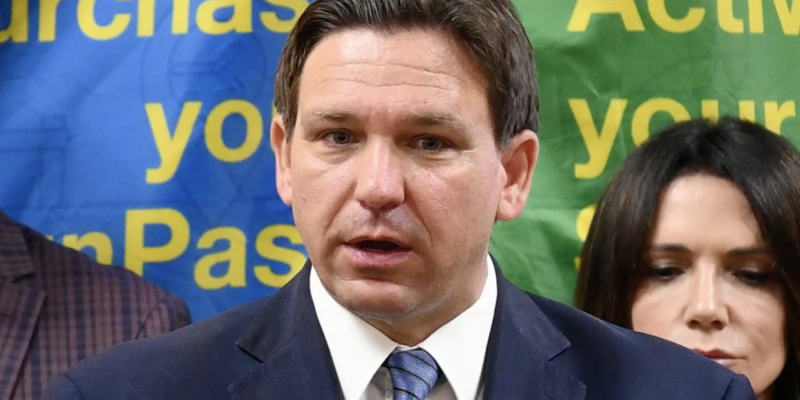 Miami—Florida Governor Ron DeSantis took Florida Democrats to task for their apparent hypocrisy after they accused him and his administration of using "Anti-Cuban, Anti-Immigrant Rhetoric" on the campaign trail while refusing to condemn Democratic gubernatorial Lt. Governor pick Karla Hernandez-Mats's sympathetic tweet towards the late Cuban Dictator Fidel Castro.

Gov. DeSantis called out Democrats for trying to compare the current illegal immigration problem the U.S. faces to the Cuban Adjustment Act and the "Pedro Pan" airlift of dozens of small children.

“I find it bizarre that they're trying to equate people that fled communism from Cuba under things like the Cuban Adjustment Act and Pedro Pan, to someone running drugs across the southern border how dare they make that comparison,” said Gov. DeSantis.

DeSantis continued, calling Hernandez-Mats’s tweet “a disgrace” and an insult to the Cuban community before mocking Democrats by saying,” I don’t see people getting on rafts to go from Key West to Cuba.”

“When you're putting out tweets saying about Castro's death— ‘he's just a political leader that the people in Cuba are mourning,’  That's a disgrace. That's an insult to the people in this community,” said DeSantis. “We have seen that island destroyed, and here we are decades and decades later and it is a third-world country, has so much potential and you look at the contrast between South Florida and Cuba I don't see people getting on rafts to from Key West to Cuba. I've never seen that I know they want to do that at the opposite because they understand how important freedom is.”

Several weeks back, Lt. Gov. Jeanette Nuñez, caught significant backlash for saying that DeSantis was going to send buses full of illegal immigrants states like Delaware. Nuñez was referring to the border crisis and kept the Cuban asylum issue separate, but Democrats have made it a point to try to tie the two issues together. DeSantis addressed this and reiterated that those fleeing Communist Cuba and seeking asylum would not be bused out of the state.