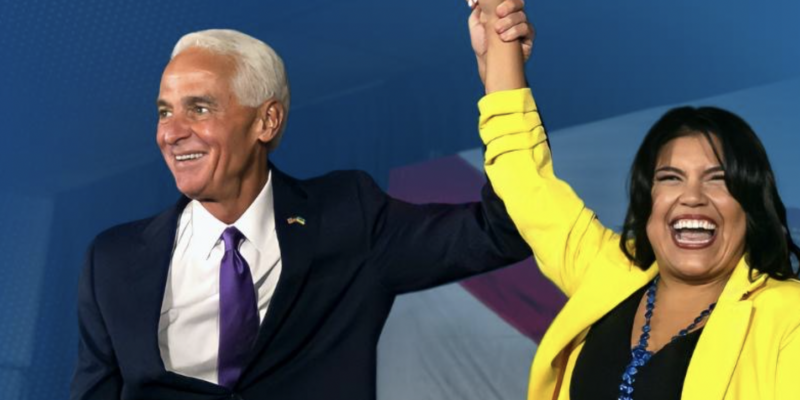 The tweet was sent out on November 26, 2016, under the @KarlaMats handle, but according to the remaining thread on that handle, the Hernandez-Mats’s Castro tweet does not exist anymore.

In doing a quick Google search on the actual tweet, the messages footprint still exists but when you click on the link, Twitter’s standard, “Hmm...this page doesn’t exist. Try searching for something else” message pops up.

The tweet has been widely reported on and we managed to screen grab the image, assuming that it would be inevitably deleted.

Interestingly enough, Hernandez-Mats responded to a tweet on the @Karlamats handle that shows her posing with Wendell Nibbs, a former middle school teacher who pled guilty to sexually assaulting children.

“DELETE THIS NEPHEW,” orders Hernandez-Mats to someone who has access to the Twitter handle, presumably her nephew.

Did she also direct the same “nephew” to delete the Castro tweet? 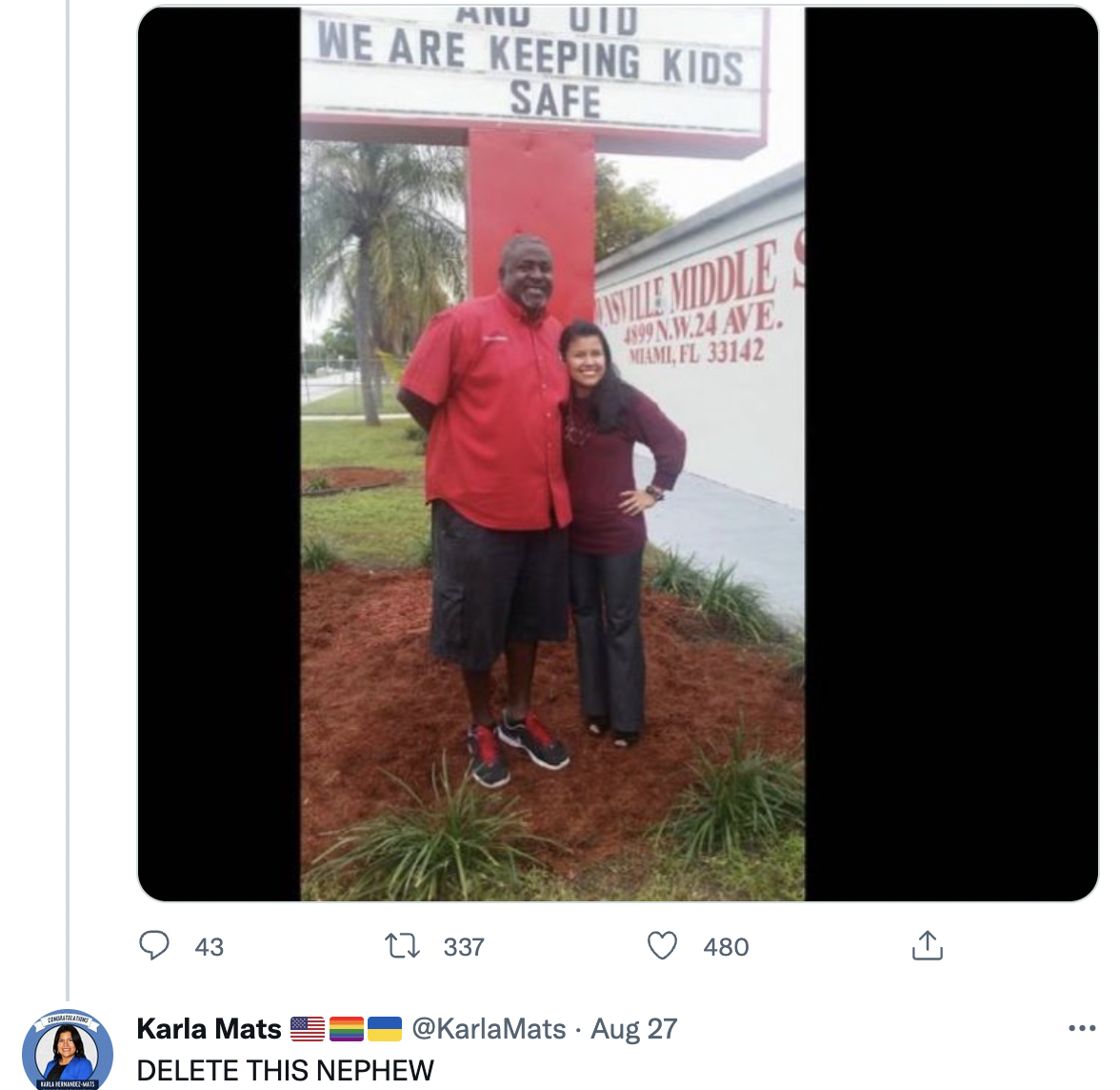 “Not only does she support dangerous policies, but she has publicly mourned murderous dictator Fidel Castro.

Crist and Mats are Biden’s ideal ticket and they will do to Florida what Biden is doing to our country. The choice could not be clearer for those who want to Keep Florida Free, and Floridians will reject their destructive agenda in November,” said Aguirre Ferré. The link to Hernandez-Mats’s tweet points to the same “Hmm...this page doesn’t exist. Try searching for something else” page.

"This running mate that he picked from down in Miami," said Gov. Ron DeSantis.  "Who is a teacher union boss and sympathetic to Fidel Castro-- it was unbelievable to see that tweet-- worked tooth and nail to lock kids out of school in 2020."

This tweet does not sit well with the Cuban exile community and the other Hispanic communities, like the Colombian, Venezuelan, and Nicaraguan communities, who have all been affected by the actions of the Castro regime.