Last week, it was reported that at least 66 terrorist suspects have been caught illegally entering the United States. On June 8th, the Biden Dept. of Homeland Security and Dept. of State ruled that so long as individuals provide "limited or insignificant support" to terrorist organizations, they can legally enter. On Tuesday, Sen. Marco Rubio (R-FL) sent a letter to Secretaries Alejandro Mayorkas and Anthony Blinken rightfully concerned with this decision.

"We write because the American people deserve an explanation regarding the broad, open-ended nature of this authority for exempting individuals who would otherwise be barred from immigration to the United States for supporting a terrorist organization," the letter says.

Naturally, persons who engage or assist in terrorist activity are prohibited from entering the United States. There are, however, been exceptions under very tight circumstances. For example, as Rubio cites, members of Lebanese Forces militias during the Lebanese Civil War (1975-1990) were determined as being eligible to enter the US, so long as they did not engage in or provide material support for terrorist activity "that targeted noncombatants or U.S. interests." Similarly, anti-Saddam Hussein rebels are given exemption, but again, the determination "is confined to a specific group of aliens from a certain geographic area during a specified period of time."

Ostensibly, this new decision by DHS and the Dept. of State is designed to aid Afghan refugees. However, the initial press release did not clarify this, and the Afghan refugee exemption was issued separately. The DHS website only contains the June 8th decision regarding Afghan refugees, and "minimal or insignificant material support" is defined as being forced to pay the Taliban government, such as tolls, utilities, and documents.

While it is possible this was simply an error on part of the DHS and DoS, Rubio nonetheless raises some valid questions. Namely, if the June 8th decision is designed to allow Afghan refugees to enter the US, why wasn't this done sooner and with these exact definitions in mind? Would this apply to those entering the US through Mexico? Has anyone other than Afghan refugees been permitted to enter under this decision, such as those who have provided limited or insignificant material support to the Iranian Revolutionary Guard Corps? 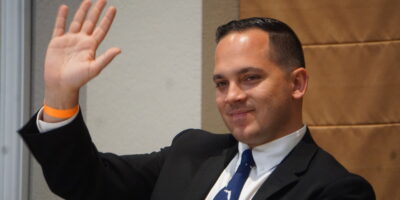