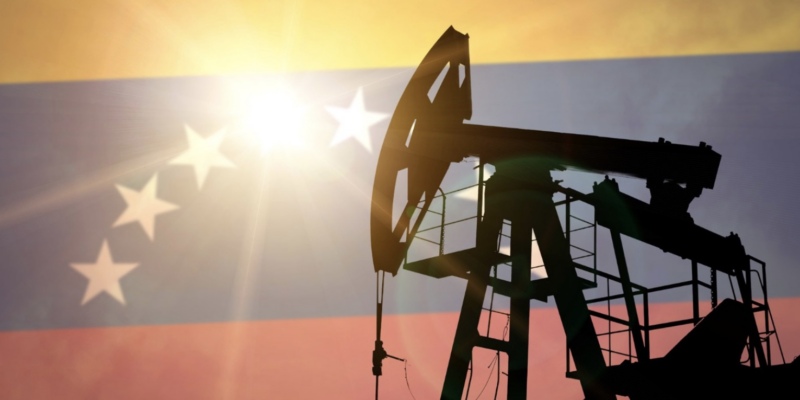 Despite increasing controversy and heeded calls from Latin American leaders, including Mexico’s President Andres Lopez Obrador and Argentina’s President Alberto Fernandez, U.S. Assistant Secretary of State Brian Nichols told reporters yesterday that the three Latin American dictatorships — Cuba, Venezuela, and Nicaragua— are not likely to be invited to the upcoming Summit of the Americas to be held in Los Angeles in June, as they “do not respect the Inter-American Democratic Charter.” Does Road to Democracy for Venezuela Exist?

Florida is home to more than 200,000 Venezuelans who left their home country fleeing socialism.  Now, after 23 years under the grips of Chavismo, Venezuelans, scholars and foreign policy experts are looking for viable ways to prevent Venezuela from becoming another Cuba.

The panelists, in general, agreed that a return to the negotiations process is instrumental for the development of a road to democracy in Venezuela, although they approach it from different perspectives.

Corrales highlighted the importance of participating in the electoral process.
“The opposition is very divided, I’ve never seen it so bad.  But the situation can be reverted when they realize that they need to compete in an electoral process,” said Corrales

Leon affirmed that dialogue is key but you’re not talking about one single event that will solve the current situation. “The road to democracy will be a “titanic … long process,” Leon said.

Ramirez, like many others in the foreign policy space, believes that an open dialogue with the regime “is essential” for there to be any chance for Venezuela to once again enjoy democracy, although she disagreed with Corrales, stating that the road to democracy goes well beyond elections.

“The return to Mexico  [negotiations] is essential,” said Ramirez.  “Without dialogue among those who hold the power in Venezuela, it will be impossible to return to democracy.”

Ramirez also believes that wanting to build a united opposition based on the single goal of getting Maduro out is dividing the opposition “while the government consolidates” its position.  She believes it’s important to look at “evolving agreements.”

The group appears to believe that the single greatest obstacle to returning to the negotiating table is the extreme approaches of both factions.

On the one hand, Leon stated that for Maduro, the negotiation process has been seen as mechanism to “legitimize” his power or to “obtain the lifting of economic or individual sanctions.”

“On the other, there’s the opposition’s “all or nothing approach,” said Ramirez, who added that the opposition should look at the negotiation process “not like a battlefield but a long and complex process … that allows for issues such as the humanitarian crisis and fundamental rights to be addressed.”

“Even within Chavism,” added Ramirez, “there’s an ongoing debate whether it’s going to maintain power through authoritarianism or through democratic means.”

“I’m Cuban American and through evidence, I’ve concluded that sanctions, when the objective is a regime change, have only one opportunity to achieve its objective.  It’s in the beginning, but if it doesn’t happen then, they strengthen the regime and weaken the people,” added Corrales. “What happens is that sanctioned governments find a way to skirt sanctions … and the brunt of the associated costs are paid by civil society.  I did not believe this 6-7 years ago but the evidence points to that.”

The U.S. policy of “maximum pressure” through economic sanctions has all but failed, and the panelists agreed that sanctions are instruments to exert pressure and as such, they need to be “leveraged and adjusted according to how things evolve.”

As to the role they believe the U.S. should play in the process, they all agree that the U.S “should not continue to promote maximalist postures… but promote negotiations.”

However, they also all agreed that the decision by the U.S. to not invite Venezuela to the upcoming Summit of the Americas in June is the right one.

“[The Venezuelan] government does not abide by the basic democratic principles so it should not be invited” to the Summit, said Leon.

In addressing the existing oil operations and the ongoing environmental disaster taking place in Venezuela, the panelists shared different opinions.

Corrales said that “fortunately, Venezuelans are aware that the combination of an extractive economic model with an authoritarian government” is the worst that can happen to a country.

Ramirez added that “sustainable development has a role in democracy” so that people can become viable political actors.

For his part, Leon said that although environmental responsibility in extractive operations is vital and that an oil-based economic model “must change”, today, oil revenues are the single resource that can help Venezuela “solve its critical humanitarian problems.”

He added, “I would not feel guilty of using oil resources to help us overcome the huge crisis we’re facing…. Afterward, our development model has to change.”