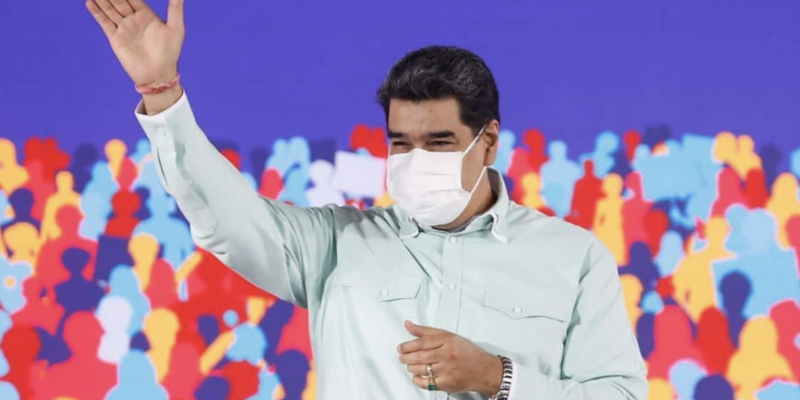 On September 3, representatives of Venezuela’s strongman Nicolás Maduro and the Venezuelan opposition will again sit down in Mexico City to find a common path out of their country’s political standoff.  Discussions are expected to include social and electoral matters.

Allies of Maduro and the opposition, which is led by Juan Guaidó, signed a memorandum of understanding for talks last August 4, facilitated by the Norwegian government.

The opposition is demanding “free and fair” regional elections on November 21, while Maduro wants international sanctions to be lifted.

Not much is expected by American legislators, considering that Maduro has never hinted at giving concessions or relinquishing any power. They’re also wary of his true intentions.

Florida Rep. Brian Mast told The Floridian that negotiations need to be taken with “a grain of salt,” considering who is on the other end of the table. “After all, we are still dealing with a power-hungry and murderous thug that has driven his country into the ground,” said Rep. Mast.

The reality is that Maduro enters the negotiations with the upper hand, and this is the fourth time in four years that the opposition has sought a deal with dictator Nicolas Maduro… and has failed to get it.

President Donald Trump’s administration levied “maximum pressure sanctions” against the regime with the objective of pushing Maduro out of power.  These included Venezuelan individuals and entities, as well as foreign nationals, associated with illicit activity.  Additionally, the U.S. implemented sweeping economic measures aimed at financially isolating the country from the rest of the world by targeting the financial sector, government officials, commercial enterprises, defense industry, sovereign debt, and the natural resource exports, particularly oil, Venezuela’s primary source of legal revenue.

However, to everyone’s surprise, Maduro and his cronies have been very creative in their ability to violate sanctions and obtain money from illegal sources, such as drug and arms trafficking, illegal mining, and gold contraband, among others.  Iran, Turkey, Russia, and China have been key in enabling and supporting Maduro in these illicit activities.  Maduro has even managed to almost duplicate oil production without PDVSA’s Western oil joint venture partners, who are banned from producing and exporting any oil due to U.S. sanctions. According to specialized news sources, a plethora of shady local service providers has been brought in to help re-start production, in addition to having the Iranians bring in refining, blending, and other supplies.

At a recent event hosted by the Atlantic Council, Patricia Ventura, Vice President for energy consulting firm IPD Latin America, explained how prolific the regime has become in violating oil sanctions, stating that now, no one knows who is lifting oil in Venezuela. “What’s happening today is totally shady. In Puerto Jose, 91% of the crude is being lifted by recently-created companies that nobody knows,” adding that the tankers that transport Venezuelan crude “have turned off their transponder, they travel under false vessel names, it’s hard to know what is the final destination for that crude, who ships it, etc.”.

That’s why many experts are urging the Biden administration to take another look at the current sanctions regime as, currently, they are having the contrarian effect, even inadvertently helping the regime.

In a statement to The Floridian, renowned energy expert Francisco Monaldi, director of the Latin America Energy Program at Rice University’s Baker Institute for Public Policy said, “The maximum pressure strategy based on sanctions has not worked to promote political change, and has had negative humanitarian consequences. In addition, if the oil sector is destroyed and Western companies leave, it would be much harder to recover the country after the political change occurs. As a result, it seems appropriate to study adjustments to the sanctions regime that allows for Western companies to stay and at the same time ensure that the revenues generated by the exports from the projects in which they participate are used to fund humanitarian projects, such as the COVAX vaccine program or the World Food Program. There are some proposals on the table that should be considered.”

Take the recent exit from Venezuela by French Total Energies and Norwegian Equinor, joint venture minority partners with PDVSA in Petrocedeno, Venezuela’s “largest private sector oil project in the history of Venezuela and one of the largest in Latin America,” according to Monaldi. Now, PDVSA is the sole owner.

Total’s and Equinor’s exit, “without requesting compensation from PDVSA, has set off alarms about the future of International oil companies in the country,” said Antero Alvarado, managing partner and Venezuela director for Gas Energy Latin America in a recent issue of the Inter-American Dialogue’s Energy Advisor publication.

Experts believe that PDVSA has been pressuring its minority JV partners to produce more, but unpaid bills, losses, and U.S. sanctions that basically prohibit them from producing were the key reasons for this forced exit. “The project had been producing very little in the last few years due to a combination of government mismanagement and the effects of U.S. sanctions,” added Monaldi.

Russ Dallen, the managing partner for Caracas Capital Market, stated in a report he authored about the transaction, to which The Floridian had access: “El Aissami [Venezuela’s Minister of Petroleum] has been leaning on the joint ventures like Petrocedeno to put in more capital and produce more —and when the JV partners were reluctant on account of their unpaid bills and losses, he was mandating the changes and spending using PDVSA’s majority control.”

The bottom line, Maduro just got a $1.4 billion windfall.  The Caracas Capital Market report added, “Total and Equinor gave a huge gift to the Maduro Regime by giving them their 40% of Petrocedeno for basically a dollar and a non-liability guarantee.  Maduro, never the brightest banana in the bunch, bragged about their "successful negotiations" that his Regime now had 100% control of a "$10 billion asset -- instead of realizing that he had lost his foreign partners who had all the knowledge and expertise.”

Many agree this void will likely be filled by America’s adversaries already operating in Venezuela, such as Russia, Iran or China. “The Russians, and to a lesser extent the Chinese, have been accumulating assets in the Venezuelan oil sector for more than a decade. Russia is the largest holder of oil reserves in the country. Even though they have been not investing that much, they should be very interested in such a great asset,” stated Monaldi.

Florida legislators agree. “Sadly, Iran, Russia, and China have already been operating in Venezuela along with Turkey and Iran and a few other countries that support Maduro,” said Rep. Gus Bilirakis (R), adding, “Russia has supported Venezuela’s struggling industry, helped Venezuela skirt U.S sanctions and sent military personnel and equipment. Chia continues to purchase Venezuela oil and provides surveillance equipment and other technology and Iran… has shipped gasoline to Venezuela in exchange for oil.”

For his part, Florida Rep. Mast added, “Venezuela will realize that its future lies to the west - not the east. Excessive government controls have already driven out major U.S. companies and the economic activity that comes with them at a time when the Venezuelan economy is on life support. U.S companies already in Venezuela should receive the full support from the Biden administration so that when Maduro falls, the Russians don’t fill the void that will be left if the remaining U.S. companies leave.”

Bloomberg News reports that Russia has already become the No. 2 supplier of oil to the U.S., only behind Canada, as Venezuelan crude is out due to sanctions and OPEC output limits have crimped shipments from the Middle East.