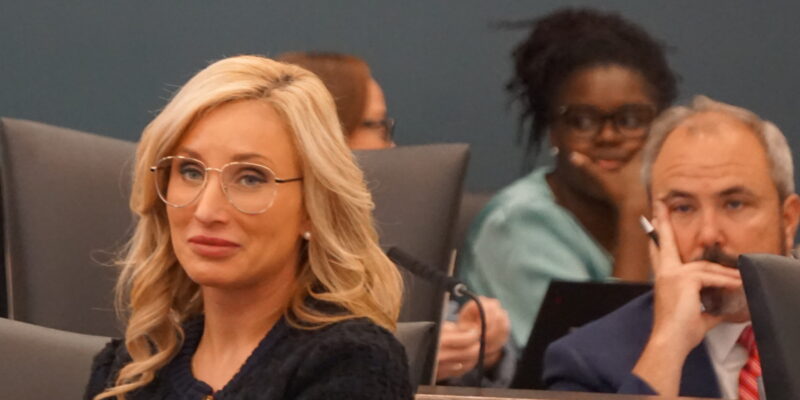 Democrat Senator Lauren Book (D-32) has weighed in on her primary challenger, Barbara Sharief, following her third-place loss in her recent Congressional campaign.

Senator Book has been a critical part of the Florida Democrat's new look in the state Senate, with a decent amount of her bills being signed into law despite the ideological differences between her and Governor Ron DeSantis (R-FL).

Now, the Senate Minority Leader is being challenged, not by a Republican, but by Democrat Sharief who has run for congress in the special election in Florida's 20th congressional district.

Outside of the scathing title of her email,  Book reflected on what she has done in her time in office, and what her primary opponent is bringing to the table.

"I have spent the past several years fighting for our shared Democratic values and am now working tirelessly to not only increase Democrats’ numbers in the Senate but to stop the ultra right wing agenda of Ron DeSantis and his supporters," said Book, adding, "Serving in the State Senate should never be a ‘consolation prize,’ especially at such a time when our values and freedoms are under attack by the extreme right."

Lauren Book is trying to create a narrative of unity against DeSantis, which she feels is being attacked by Democrats challenging incumbents like herself, "We should be working together to to defeat the Republican agenda, not each other. I look forward to running a campaign focused on the real issues that matter to Broward families so that I can once again put my full focus on getting Democrats elected across the state in the General Election this November."

The Senator then clarified that her time in the Florida Senate is not over and Democrats should focus on, "bolster the number of Democrats in the Senate, an effort I am proudly and humbly leading with a strong and diverse slate of candidates across the state."