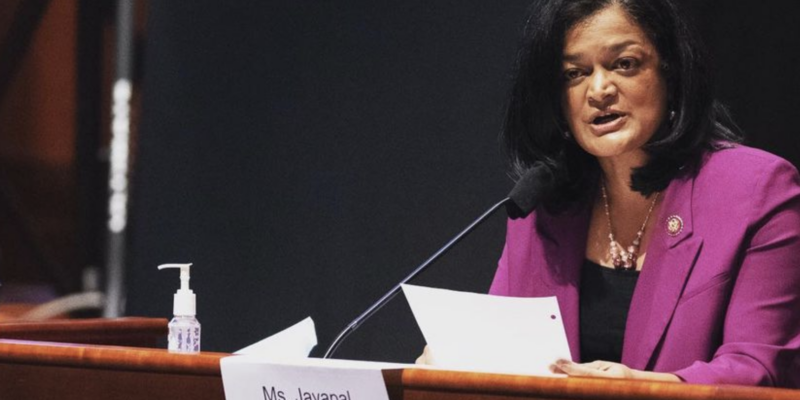 Washington Rep. Pramila Jayapal (D), the Progressive member of the U.S. House of Representatives who introduced the “Medicare for All” measure in that chamber, has just announced that she tested positive for COVID-19 “after being locked down in a secured room at the Capitol” during the January 6 riot.

“I just received a positive COVID-19 test result after being locked down in a secured room at the Capitol where several Republicans not only cruelly refused to wear a mask but recklessly mocked colleagues and staff who offered them one,” stated Rep. Jayapal

Rep. Jayapal is not being honest and is not telling the real story.

As rioters began to break the glass doors leading into the House Chamber, Jayapal was seated in the House Gallery with an aide. Neither Jayapal nor her aide, nor just about anyone else, including Reps. Val Demings (D), Veronica Escobar (D),  other members, staff and reporters, were not wearing masks. 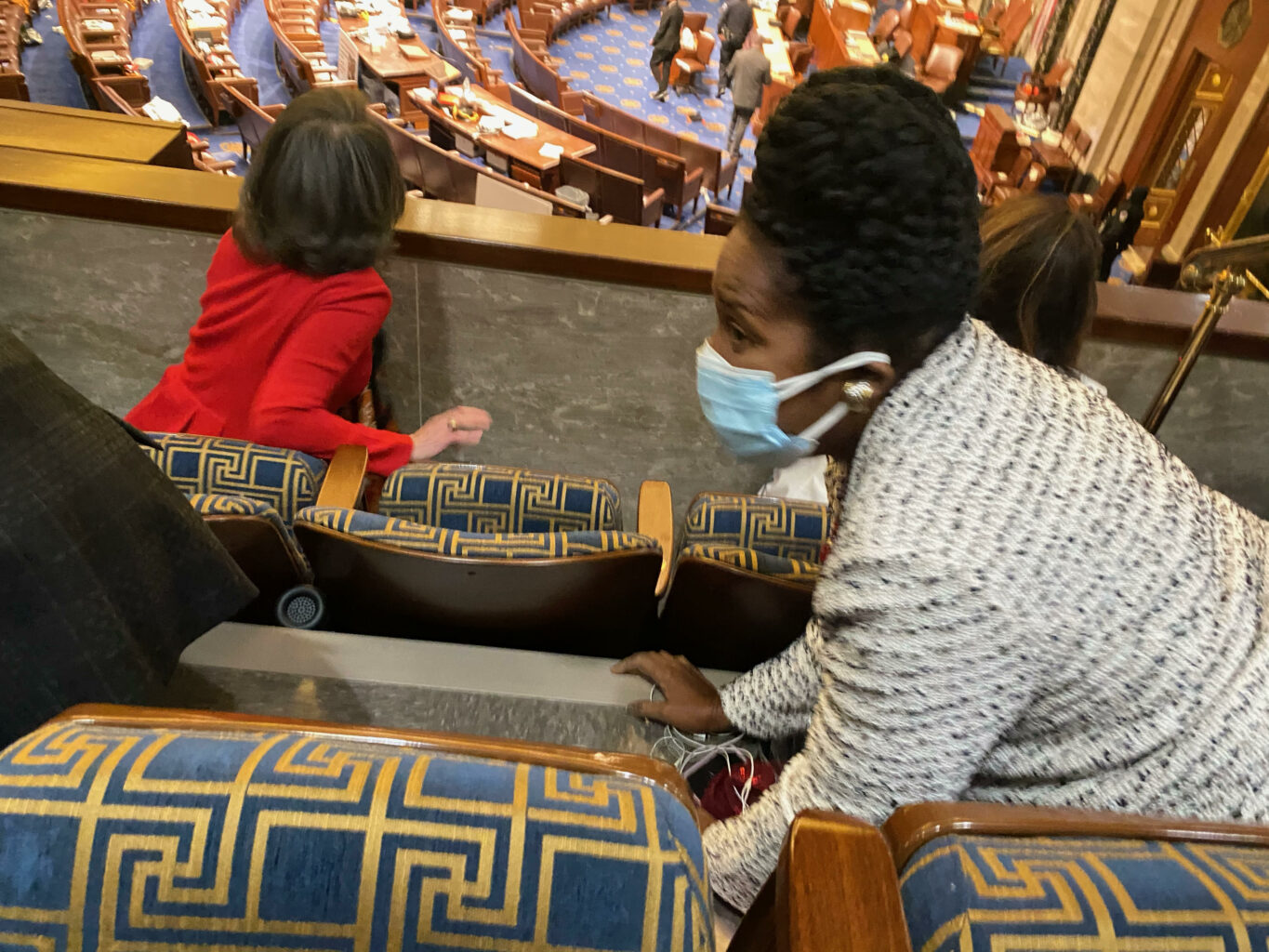 How do I know this?

I was right there with them. Rep. Sheila Jackson Lee (D) was wearing her mask as she hid in place. Here is the picture I took of Rep. Lee.

And to everyone’s credit, the reason why no one was wearing a mask was that we were all moments away from having to use the gas masks that were issued to us.

In this video I shot, you can see a maskless Rep. Escobar (white blazer) clutching her gas mask and crouching for cover just as the windows began to break.

Here is a short video I took moments later after the shot that killed one protester was fired. Again, Escobar can be seen hiding in place. Jayapal was must feet away to my right.

Once Capitol Police were able to detain the rioters on the third floor of the chamber, everyone, including Jayapal, who was walking very gingerly with a cane, was lead down a crowded staircase to the basement of the Capitol.

Jayapal said that she was held up within a room in the Capitol with Republicans who “refused to take the bare minimum COVID-19 precaution and simply wear a damn mask.”

“Only hours after President Trump incited a deadly assault on our Capitol, our country, and our democracy, many Republicans still refused to take the bare minimum COVID-19 precaution and simply wear a damn mask in a crowded room during a pandemic — creating a superspreader event on top of a domestic terrorist attack,” she posted. (Fox News)

The truth is, once we all made it down to the basement, everyone was then directed to Room 1100 in the Longworth Congressional building.

This room in the Longworth, not the Capitol as Jayapal claimed, was used to hold members and staffers only until the all-clear was given by Capitol Police. Yes, there were 100+ members, Republicans and Democrats crowded in the room.

The reporters, including myself, were kept out. Arizona Rep. Ruben Gallego (D) graciously lead us to his Longworth office and allowed us to shelter there until about 7 pm.

To blame Republicans for testing positive for the coronavirus is a bit of a stretch considering that Jayapal was maskless and exposed to dozens of other maskless individuals for more than 30 minutes before and during her evacuation from the Capitol. Could she have contracted the virus before the riot or from another Democratic member during the evacuation?

I just received a positive COVID-19 test result after being locked down in a secured room at the Capitol where several Republicans not only cruelly refused to wear a mask but recklessly mocked colleagues and staff who offered them one.https://t.co/wVmgroKsdf