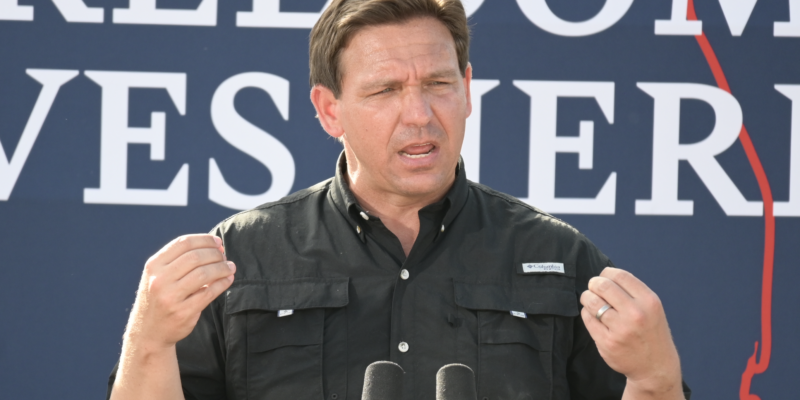 Gov. Ron DeSantis (R) utterly smashed Charlie Crist (D) in the midterms, a 20-point blowout that is easily the biggest win for Republicans nationwide. Part of it lies in DeSantis' popularity and smart handling of various issues. The other reason is the relative unpopularity and alienating rhetoric espoused by Crist. However, CNN political commentator Ana Navarro asserts a third, more nefarious reason, in that DeSantis somehow "gamed the system."

Navarro backs her claim saying that "they changed election laws making it harder to vote by mail." She is likely referring to Senate Bill 90, which indeed restricts vote-by-mail ballots. Most notably, the law requires mail-in ballots have the last four digits of the voter's ID number on file with their Supervisor of Elections.

Naturally, Navarro also implies racism on DeSantis' part, adding "they paraded a bunch of people — Black people that they arrested for voting fraud and paraded them in front of national media." Lastly, Navarro's third major assumption about DeSantis' "gaming the system" is that "he created an election police."

Nonetheless, Navarro does commend DeSantis' governing and criticizes Crist's inability to attract voters. "He [DeSantis] was also was very good in responding to hurricanes and other tragedies," says Navarro, while calling Crist "a recycled has-been." More scathingly, Navarro refers to Crist as "a political corpse and that’s an insult to corpses."

A more neutral claim about how DeSantis won that Navarro makes is that voter turnout was 10 points lower this year than it was in 2018. Navarro says there is a 53% turnout in 2022 compared to a 63% turnout in 2018. While the 63% is indeed correct, the turnout data for 2022 cannot be verified.

"I think tonight Ron DeSantis is going to come out of there with no help from Donald Trump, as a vanquishing, you know, conqueror and with much bigger numbers," Navarro concludes, "frankly because the Democrats ran a recycled has-been who had been a Republican, an independent and is now a Democrat."