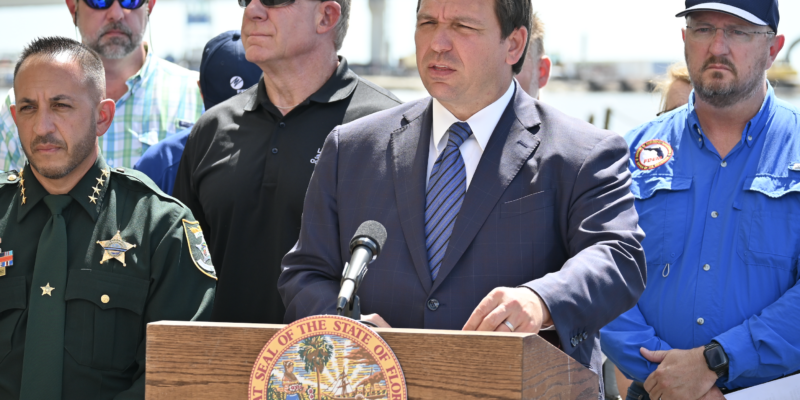 Florida Republicans around the state were shocked with delight after seeing the early election results. A 20-point victory in the gubernatorial race. A 16-point win in the Senate race. Republicans, both nationwide and around the sunshine state had to be licking their chops upon seeing those returns. However, Florida was an outlier. An anomaly. Or was it?

Florida has historically been a purple state. Entire presidential elections have been determined by it. In years prior, has been a microcosm of the entire election night.

Who would’ve thought that the New York gubernatorial race would be won by just one-fourth of the percentage total compared to Florida’s (Hochul-D +5, DeSantis-R +19)?

Republicans nationwide did not meet the expectations of a “red wave.” Despite currently having a real opportunity to take back both the House and the Senate, the optimistic predictions from Republicans of possibly picking up Senate seats in New Hampshire, Washington, and Colorado just didn’t come to fruition. They weren’t even close.

If you want the short story concerning Congressional races, look to Virginia. In the three bellwether races (VA-2, 7, 10), Republicans only won the race they were supposed to win, which was District 2. Overall, Republicans were hopeful that they could end up getting to 240 seats in the House, but it’s looking like they will only get to about 225.

At the time of writing, Republicans have only won 4 of 15 toss-up elections according to Politico.

There are a flurry of questions following the midterm returns: Is the Democratic establishment abandoning Florida? Or is Gov. Ron DeSantis (R-FL) simply overperforming by enormous amounts? Does this ‘Win for the Ages’ almost force DeSantis into a presidential run?

However, the main question is: Why did Republicans do so well in Florida and so mediocre nationwide?

It would appear that the majority of those who fled blue states and went south to Florida did not vote for the policies in which they left behind.