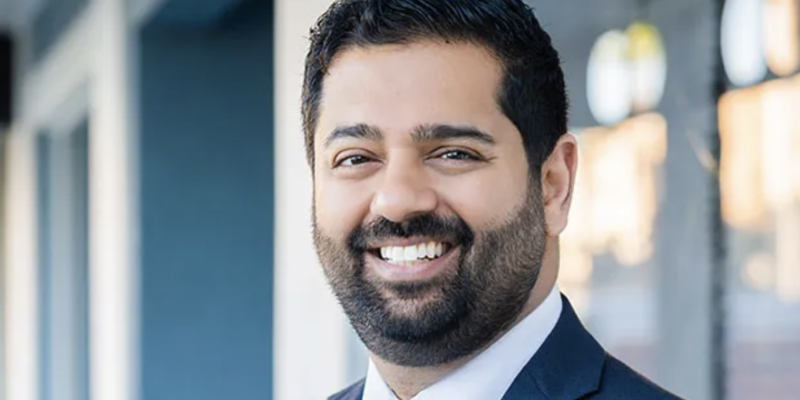 Despite Hurricane Ian being the biggest news in Florida this week, there is still time for midterm election coverage. District 35 for the Florida House has just generated its own share of news. On Monday, Democratic nominee Rishi Bagga tweeted a response to an attack mailer put out by his Republican opponent Rep.Fred Hawkins. Bagga calls the allegations "so bad we got a good laugh." The mailer calls Bagga "really radical" and claims he is in favor of allowing non-citizens to vote, in favor of releasing criminals, and is against term limits.

The lies & attacks against our campaign have started. The Republicans sent a mailer to thousands of individuals in our district attacking our campaign w completely false statements about our policies. So bad that we got a good laugh🤣. Help us fight back https://t.co/nqkvGlDeIP pic.twitter.com/ti8XtMkYzN

"The lies & attacks against our campaign have started. The Republicans sent a mailer to thousands of individuals in our district attacking our campaign w completely false statements about our policies. So bad that we got a good laugh. Help us fight back," Bagga states in his tweet, including a link to donate to his campaign.

His response to the "releasing criminals from jail" allegation that he served as a prosecutor while Fred Hawkins was prosecuted for impersonating an officer is indeed rich with irony. Much like SpongeBob Squarepants trying to direct traffic after becoming hall monitor, Rep. Hawkins really did try using an honorary Osceola County Sherriff's badge to get into a homeowner's association meeting. Hawkins took a pre-trial diversion to drop the charge from a felony, but it is still nonetheless a scandal on his part.

In response to the Floridian's request for comment, Bagga offers clarification to each of his responses.

Accusation #1–" I have never advocated for allowing non-citizens to vote.  See my policy platform above, which very clearly states nothing to this effect and I do not know where this allegation is coming from at all.  I am an immigrant myself and moved here in 1992.  I became a U.S. Citizen in 2002.  As part of my public advocacy, I have always encouraged citizenship and referred to my own immigration story.  Throughout my career, I have always encouraged non-citizens to become citizens so that they would gain the right to vote and could ensure that our communities were adequately represented.

Accusation #2— "I have never advocated for letting criminals out of jail.  In fact, I started my career as a state prosecutor.  I served as a prosecutor in the Miami-Dade State Attorney’s Office from 2006-2009, during which time I was assigned to the Domestic Violence Unit of our County Court division, the Juvenile Division, and as a line felony prosecutor.  My opponent was arrested and prosecuted for a felony charge of impersonating a police officer in 2020 .  The charge was eventually dropped as part of a diversionary program.  He is still currently facing a civil claim regarding the same incident (Ailynn De Pena v. Fred Hawkins, et al., 2020 CA 1536 ).

Accusation #3— "I have never advocated for allowing politicians to serve for life.  Regarding my response that Fred Hawkins is a career politician, Fred Hawkins was a three term, 12 year Osceola county commissioner, after which he was elected to the Florida House in 2020.  Hawkins has this listed on his official biography here, though I am not sure where to find this information in Osceola County’s website as they do not appear to have former commissioners listed.    I am a first time candidate for public office."