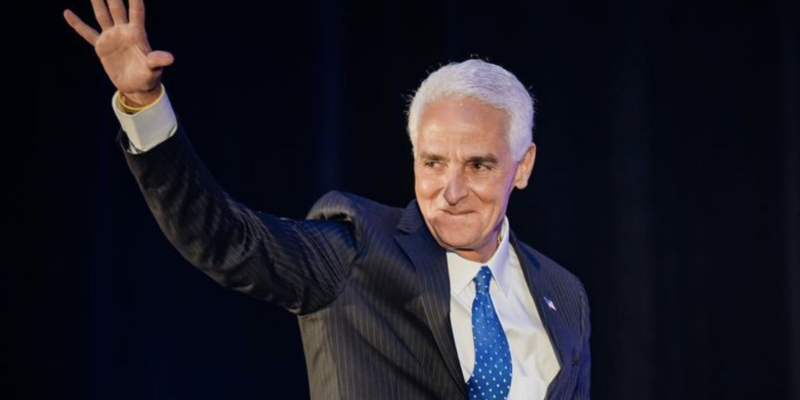 Just as Category 4 Hurricane Ian’s outer bands begin to hit Southwest Florida hours before the eyewall makes landfall, Democratic gubernatorial nominee Charlie Crist is making sure he can squeeze a few nickels out of Floridians before they lose power from the deadly storm.

In what can only be described as a shameful political move,  the Crist campaign just sent out a fundraising email minutes after the lates Hurricane advisory was put out by NOAA.

The storm is just off of Sanibel Island and as we said, about to make landfall, but that doesn’t dissuade Crist from trying to raise some more money.

Why not? Who cares about a potentially deadly storm when his “FINAL End-of-Quarter Goal” is afoot, right?

Crist's fundraising email was sent out at 10:09 am, just 9 minutes after NOAA put out their advisory. See below" 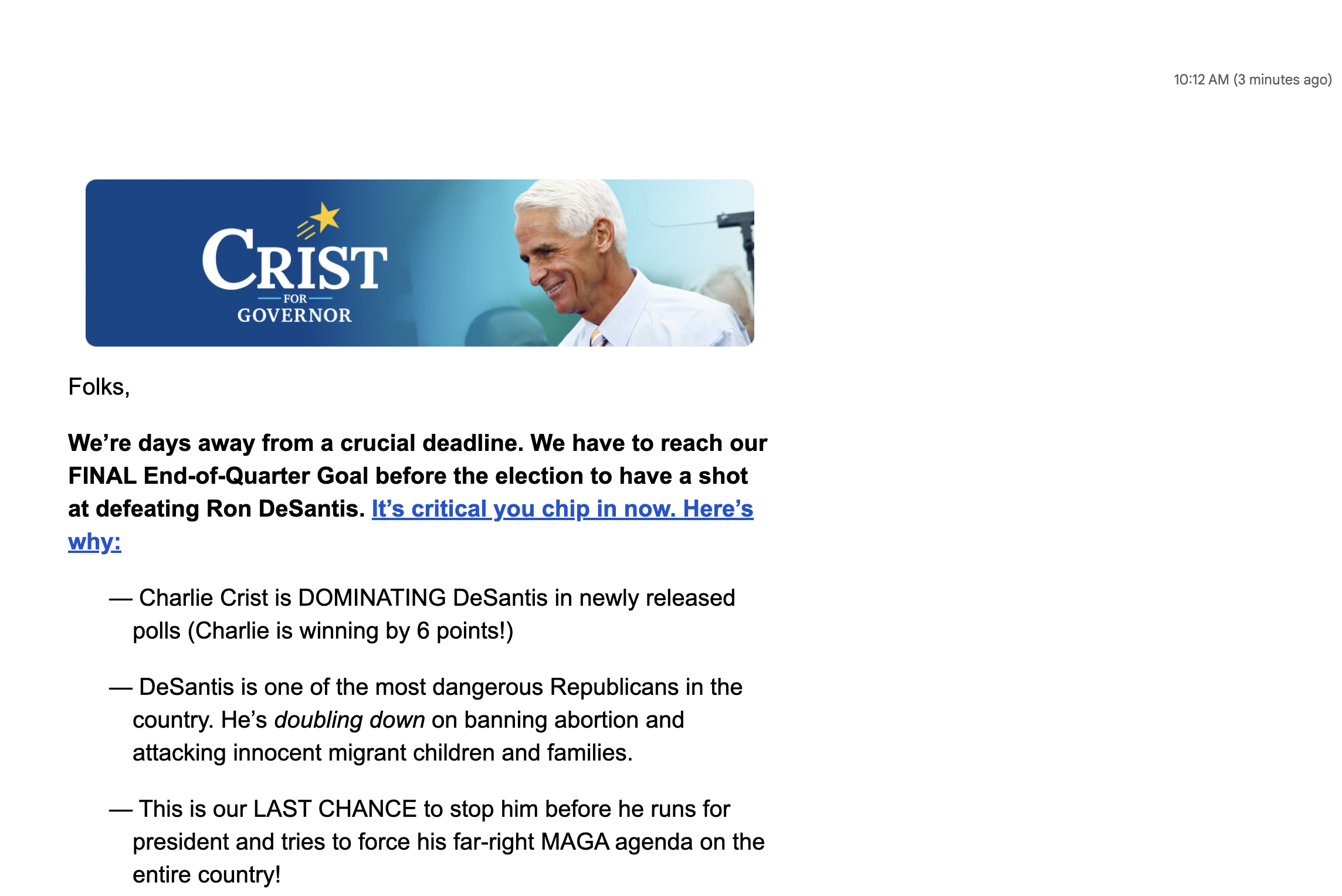 We’re days away from a crucial deadline. We have to reach our FINAL End-of-Quarter Goal before the election to have a shot at defeating Ron DeSantis. It’s critical you chip in now. Here’s why:

With just 41 days until the election, this is the most important stretch of the entire campaign. We have just days left before our FINAL End-of-Quarter Deadline to lock in our budget for the final stretch of the campaign (that includes buying ads, paying organizers, and building a statewide turnout program to push voters to the polls).

Meanwhile, Gov. DeSantis is holding hurricane press conference and updates at a fever pitch. DeSantis has been updating Floridians throughout the night. 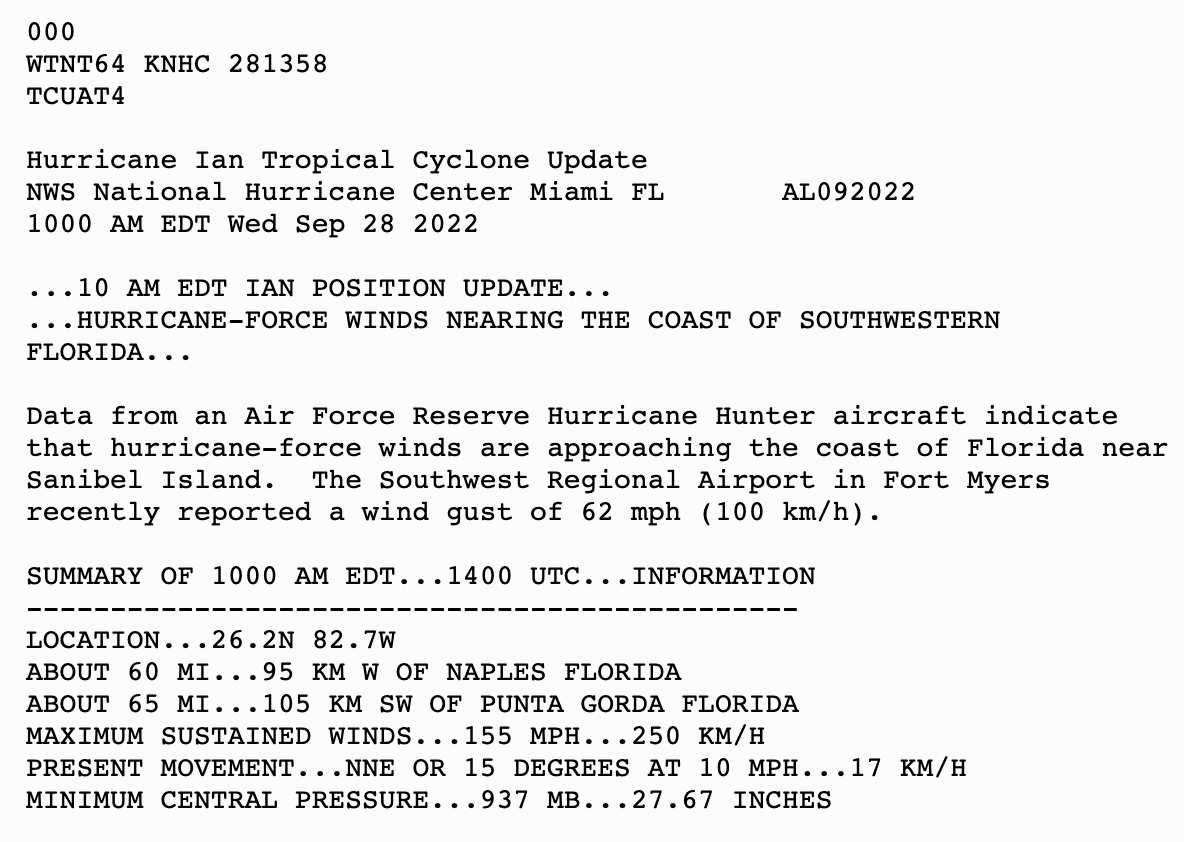