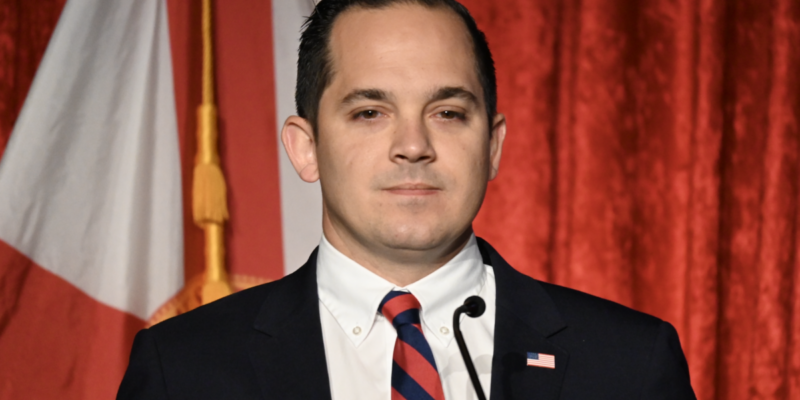 Less than a week after getting crushed by 15 percentage point in his congressional race in Florida’s 7th District, State Rep. Anthony Sabatini, has announced that he will be running for Congress in District 11 if Rep. Dan Webster retires.

Appearing on the David Gornoski podcast, Sabatini, addressed his big loss, saying that the reasons for his defeat were because the winner, Cory Mills, wrote himself a $1.7 million check in the final month of the election, and because “Neocon, America Last Boomer, deadbeat Mark Levin” endorsed Mills.

Also, Sabatini blamed the $1.5 million in “swamp cash” and “false and negative advertising” that was dumped against him to “convince people I was a liberal Democrat.”

Sabatini says all signs point to House Minority Leader Kevin McCarthy, who he refers to as “a liberal Republican.”

According to Sabatini, “the only person targeted with negative ads was me.”

All of Sabatini's reasons for why he lost are patently false.

During the primary election, Sabatini made the same claim of outside money being spent against him, but he forgot to mention that a Super PAC supporting him put out negative ads against Mills, specifically attacking his wife’s faith, calling her “anti-Christian” and “radical.”

Sabatini himself ran with the same line of attack against Mills and his wife via emails and texts.

Sabatini’s faith-based attacks against Mills and his wife were long coming.

The Floridian has obtained text messages from Sabatini where he appears to suggest that being the Muslim is not something palatable to Americans.

"You know he's a Muslim," stated Sabatini about Mills.

Sabatini then added that he believes Rep. Dan Webster will soon be retiring and he will be running for his open seat.

Sabatini, who DeSantis recently said he was glad lost to Mills, made the announcement moments that he was going to be making a major political announcement in Spring 2023. We can only assume that this is the major announcement he was referring to.

If Rep. Webster, who’s health has been diminished, does retire early, Gov. Ron DeSantis will then call for a special election to replace Webster.

Conservative journalist Laura Loomer recently lost her bid against Webster, narrowly loosing to the long-time congressman by a mere 5,200 votes.

Loomer, who would be considered the frontrunner in a special election to replace Webster, has already stated that she would run against Webster in 2024.

All eyes are on what Webster does after the November election, but Sabatini may have other issues to contend with besides running for office again.