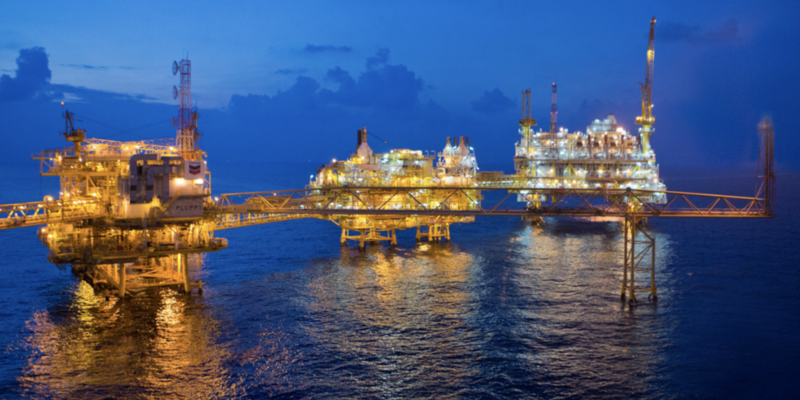 Americans are continuing to experience the negative effects of radical, leftist policies that have fueled record inflation, gas prices, and global strife. There has been an 81% increase in gas prices since President Biden took office. Analysts predict American families will have to spend an extra $2,000 on gas this year. These high prices are hurting American families.

Recently, President Biden and some Congressional Democrats attempted to blame the war in Ukraine for the inflation and high gas prices we are experiencing.

However, the truth is that gas prices were surging upwards, long before Russia invaded Ukraine. Americans will not be distracted by lies. According to a new Fox News poll, the overwhelming majority of Americans blame President Biden for skyrocketing gas prices and believe increasing domestic production would help this energy crisis. We know that inflation has been rising for more than a year and that this Administration’s America last policies are fueling this economic crisis.

Unfortunately, for Americans, during his Presidential Campaign, Joe Biden promised he would end the United States’ domestic oil production, and he has actively worked to keep that promise.  Oil production has decreased by 1.5 million barrels per day under the Biden administration. His hostility toward domestic production is clearly demonstrated by the following actions:

House Democrats continue blocking a vote on the American Energy Independence from Russia Act, which I have cosponsored. This critical bill would unleash American energy independence by reversing the actions listed above that President Biden has taken to date. Instead of helping to solve the crisis, Congressional Democrats keep doubling down on failed strategies and deflecting blame, despite the fact their blatant attempts at misdirection are not resonating with the American public.

While the Biden Administration often claims it is the industry’s decision not to drill more and that nothing can be done to increase domestic energy production, this assertion is not supported by the facts. For example, the Administration claims that there are 9,000 current unused drilling permits.

This is a red herring. There are 9,000 non-producing leases, which is not the same as unused. Non-producing permits may be in the process of producing, as operations cannot commence with only a single permit in hand. There are many regulatory and necessary business steps involved in the process. There are, however, currently over 4,600 pending Applications for Permits to Drill (APDs) and leases which are needed to start production on many of the non-producing leases.

The Biden Administration has not approved one single new onshore or offshore lease to date, despite statutory requirements to lease.  Instead of embracing domestic drilling, the Administration has focused on encouraging specific green energy incentives that reward Democrats’ preferred alternative energy producers, such as electric vehicles. We all want clean air, clean water, and environmental protection; but those goals cannot be achieved in isolation, and they do not have to be attained at the expense of jobs, prosperity, and national security.

Fossil fuels currently account for 80% of U.S. consumption, and despite our efforts to promote cleaner energy sources, the reality is that fossil fuels will continue to account for the majority of domestic and global consumption for many years to come. One of the primary barriers to a transition to cleaner sources of energy is the fact that China currently controls 80% of the critical minerals needed to manufacture renewables and batteries.

China has proven itself to be a difficult trading partner that does not have America’s best interest at heart. Additionally, despite controlling the critical mineral market, China is still the world’s leading carbon polluter, accounting for 30.6% of all global carbon emissions in 2020. China is also a well-known violator of human rights and global cyberattacks. Its government has also refused to condemn Putin’s actions in Ukraine. We simply cannot afford to trade our dependence on fossil fuel for a dependence on China’s unstable and aggressive regime.

As a member of the House Renewable Energy and Efficiency Caucus, I support an “all of the above” strategy when it comes to energy policy that allows us to regain energy independence and end our reliance on hostile foreign regimes. My colleagues and I have recently introduced the Small-Scale LNG Access Act.

Our bill highlights the importance of U.S. liquified natural gas (LNG) to America’s energy independence and national security. As a global leader in the export of LNG, the U.S. faces fierce competition from dangerous foreign regimes, including Russia and Iran. With current geopolitical concerns, investing in LNG at any scale will provide long-term benefits, support American jobs, foster American energy independence, and ensure the U.S. leads the way as a leading producer of clean energy.

Hydrogen fuel cell technology is a promising solution and should be explored. All three of these bills are bipartisan and would help us transition to cleaner energy production in the future. New and emerging technologies, including LNG exports and Hydrogen Fuel, while ramping up domestic energy production, will allow the U.S. to better harness the existing swath of available energy sources in order to strengthen our national security.

While President Biden is seeking to replace Russian oil with oil from adversarial nations such as Iran and Venezuela, I believe we need to ramp up domestic energy production. The solution to reducing gas prices lies beneath our feet. I call upon my colleagues to join us in the fight to unleash American energy production while simultaneously investing in all the potential technologies that will modernize our infrastructure and ensure America continues to lead the world in reducing emissions- while keeping energy costs low for Americans

Rep. Gus Bilirakis  is a Republican lawmaker from Palm Harbor, representing Florida’s 12th Congressional District, and serves on the Energy and Commerce Committee.  He is the Ranking Member of Consumer Protection & Commerce Subcommittee and a Member of the Health Subcommittee and Communications and Technology Subcommittee.