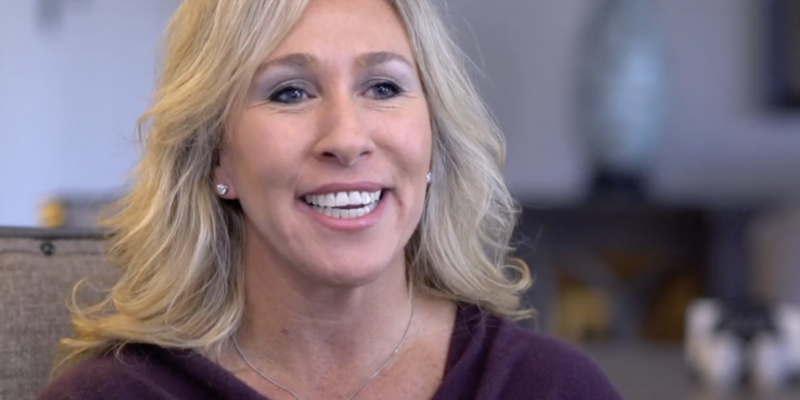 It's no secret that Republicans, even at the federal level, have been resistant to mask mandates.  But nobody does it like US Rep. Marjorie Taylor Greene (R-GA) who has been fined a total $48K for not wearing a mask on the House floor.

Rep. Greene has found a new way of being a force of nature in Washington.  Although her rhetoric and bond with Rep. Matt Gaetz (R-FL) gets her a lot of headlines as it is, the North Georgia Congresswoman has forged a new headline-making rivalry with Speaker Nancy Pelosi (D-CA) over masks.

CNN reports that since the implementation of mask mandates on the House side, Greene has been fined 20 times, which adds up to $48,000 in total.  Her first offense in May of 2021 was only $500 and $2,500 for each following offense.

The Congresswoman has since bragged about her fines, as recently as they amounted to $25,000.  Rep. Greene claimed the fines were her way of standing up to, "tyranny."

"I have over $25,000 in mask fines because I refuse to wear a mask in the chamber where over 80% of Congress is vaccinated and I'm NOT sick," Greene wrote in a Tweet.

Greene has only appealed one of her fines, and the $48K will be taken directly from her salary.  Greene has since brought her anti-mandate battle outside of work as well, often sharing videos of parents across the country fighting against school boards.

The Democrat-controlled Congres has also fined other representatives such as Florida's own, US Rep. Brian Mast (R-FL).  The series of fines against Republican Congressmen have led the GOP to assert that Pelosi has been, "abusing her power."