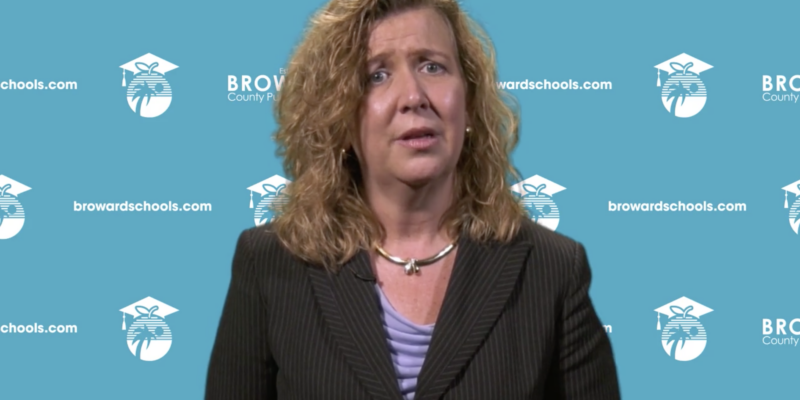 The embattled Broward Counnasdty Public Schools board has fired one of its teachers over the ongoing mask mandate they continue to impose on school children.

Cypress Run Education Center school teacher Joseph Carter was given two options by Principle Dr. Gastrid Harrigan on October 13, either choose between getting terminated or resigning.

“I chose to be terminated because I’m not going to resign—I didn’t do anything wrong,” said Carter.

Carter, who wears a mask during school hours and doesn’t oppose the board’s mask mandate decision, but disagrees with it, believes that his firing was political in nature and over a video he posted of school board members hypocritically not wearing masks while forcing children to do so.

“In all honesty, I don’t care how you feel about a mask. Wear a mask, don’t wear a mask, but the hypocrisy has got to bother you at some point,” said Carter in the video.

The Tik Tok video posted by @themuzikalpoet is posted but cannot be shared for viewing.

Joseph said that on September 22, he was paid a visit by his Broward School Teachers Union delegate who told him that someone had filed a complaint against him over tardiness.

Carter said he argued that the claim was false considering that he has never been late, adding that his kid’s school was less than 15 minutes from work, saying that it was impossible to be late.

Then, Joseph was told that he needed to be careful about posting videos like the one he had posted and commented on of the maskless school officials.

Carter then decided to video record every time he arrived at work.

But while he was not given a reason for his termination, Carter, a Black Republican, question the motive for his firing, adding that the board may have made the decision to fire him because he is currently running as a Republican for the Florida State Senate in District 33 against Broward School Board member, Dr. Rosalind Osgood, a Democrat.

Carter first reached out to Republican Congressional candidate Carla Spalding, who intern put him in touch with The Floridian.

Spalding, who is running against Democratic Rep. Debbie Wasserman Schultz in Florida’s 23rd District, says that she supports Governor Ron DeSantis’s no-mask mandate in schools and that there “wasn’t a basis for the firing,” adding that the mask and vaccine mandates being implemented by the federal government and local municipalities, were nothing more than a “power grab to take away our rights.”

“This is nothing more than a control play, a power grab to take away our rights. This is not about masks or vaccines, it’s about taking away our freedom. Without freedom, we have nothing,” stated Spalding in an email.

The Broward School Board could not be reached for comment. Cartwright recently lost her bid to become the permanent superintendent when the Board voted 6-3 against her.