The embattled Broward County School Board, which openly promotes Critical Race Theory and glorifies former Black Separatist and Black Panther Malcolm X and the anti-Semitic Nation of Islam, is promoting the anti-gun lobby “Everytown for Gun Safety” and its “Wear Orange” initiative to bring awareness to gun violence across the nation, asking students to wear the color to show solidarity with the group’s cause this coming Friday.

According to the school board’s official Twitter handle, on Friday, June 4, the school district will be “encouraging teachers, students, staff and parents to wear” because they feel that by wearing the color orange, “the victims and survivors of gun violence” and their loved ones will be honored.

While the support for ending gun violence is supported by just about every American you ask, the group the school board is supporting is a very partisan, anti-gun organization, which through its federal political action committee, has donated tens of thousands of dollars to Democratic members of Congress, including Florida Reps. Ted Deutch, Val Demings, Stephanie Murphy, and Lois Frankel.

Friday, June 4, @browardschools is encouraging teachers, students, staff and parents to wear orange. By wearing ORANGE, we honor the victims and survivors of gun violence. We honor their families and friends. And we commit to end gun violence in our communities. pic.twitter.com/pFguMkyeeZ

Reps. Deutch, Demings, and Murphy all received a $3,500 donation from the group during the 2020 election cycle, while Rep. Frankel only received $2,500.

While all of the Florida House members have advocated for new gun control measures to be implemented, Rep. Deutch has arguably been the most prominent member advocating for the movement to wear orange in a show of solidarity for ending gun violence. 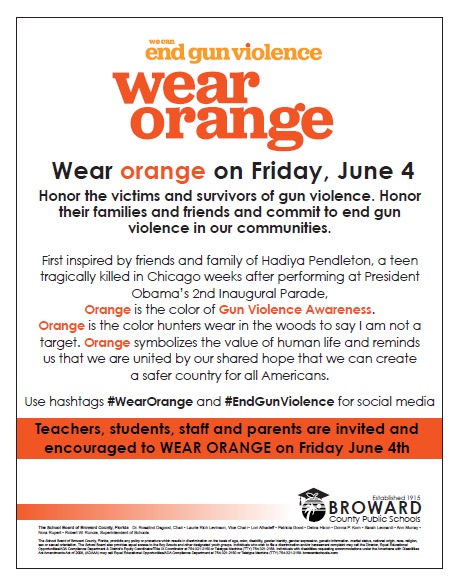 Worth noting is that the school board appears to be promoting Everytown’s non-profit wing, and not the political action, but in supporting its 501(c) (4), Broward school is blurring the lines.

A (c) (4) organization cannot openly attack or promote a candidate, but what it can do with the money it raises is spend money like a PAC, only they have to spend the money on educating the public about an issue(s).

With this kind of organization, at least 50 percent must be spent on education, while the rest can be spent on paying employees and other expenses.

Rick Scott Calls for End to 'Progressive Propaganda' in Military