Big tech is already not trusted and ridiculed for monitoring and censoring mostly alleged “right-wing” members.  However, Twitter and Facebook extended their powers of censorship to the personal account of President Donald Trump (R).

Some who echo the cries of, ‘I wish Trump didn’t tweet so much’  may be happy about this, but the brazen move taken by the media conglomerates has more ramifications than keeping the peace online.

‘…we are extending the block we have placed on his Facebook and Instagram accounts indefinitely and for at least the next two weeks until the peaceful transition of power is complete.’

Twitter only enacted a two-week lock of his account, which both companies conveniently picked to end just days after he leaves the White House.

Other companies that have vowed to keep strict tabs on Pro-Trump media: Snapchat, Twitch, and Shopify.

After the events of January 6th, the consequences are still unfolding.  But in the age of technology, it is hard to gauge if these actions carried out were appropriate.

Since we have no precedent to review, we can only assume that big tech will wield the powers they have at their convenience.

Luckily for social media platforms, Section 230 of the Communications Decency Act, gives these applications immunity from civil liabilities, as Twitter and Facebook are not legally publishers of the information hosted on the software.

Can Section 230 be applied to the censorship of a US President?  Or, is big tech running a dangerous course that will only inflate the grievances of conservative users?

Even with Trump leaving office, technology is ever-changing, and the relationship between legislation and software will be up for question for the remainder of the decade, especially when Trump gains the rights back to his account.

It is essential that we as Americans question events such as these to ensure our liberties stay valid on the foreign, technological frontier.

Jim McCool, born in Langhorne, PA 18 years ago, and has been a resident of Florida for 15 years. He is a lifetime member of the Benjamin Franklin Society of Scholars, Boys State alumni, president and founder of his high school's moot court and debate teams, and has earned the 'Spirit of the American Legion' Award. He personally enjoys academics, piano, writing, politics, football and is a self-proclaimed patriot. He is currently a student of political science at Florida State University, with the ambition of attending law school, as well as serving the country he loves. 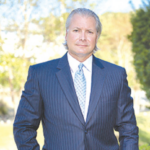 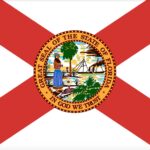