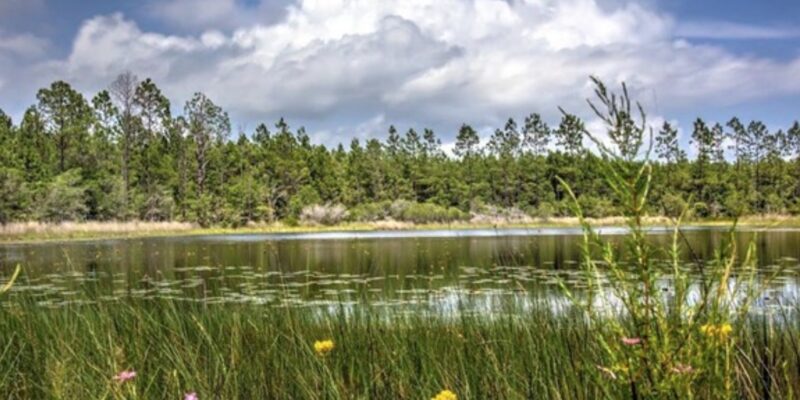 New levels of uncertainty stemming from the novel coronavirus have driven fresh policy agendas. These policy decisions can hafsve serious implications on our state’s economic future and efforts to protect Florida’s environment. Lawmakers in Tallahassee and Washington can balance both objectives by stopping a ban on Florida’s offshore leasing operations, which drives economic activity and funds environmental conservation programs in the Sunshine state through the Department of Interior’s Land and Water Conservation Fund (LWCF).

The LWCF was organized to direct tax revenues and help protect some of the most dear wilderness swathes, all while ensuring outdoor recreational spaces remain safe and usable. The Department of Interior has identified offshore operations as the primary revenue source for the fund but indicated that Congress has only once appropriated full funding for the program.

In short, moving forward with extending a ban on offshore leasing operations will deprive the fund of important tax revenues for conservation efforts in Florida.

Florida has received funding to protect places like the Everglades National Park and Canaveral National Seashore. A small portion of the fund goes to maintaining community parks across the state.

Conservation is especially important to Florida since much of the state’s economic activity revolves around outdoor activities and tourism. The Outdoor Industry Association found that the outdoor recreation economy generates nearly a half million jobs, $58.6 billion in consumer spending, and $17.9 billion in wages and salaries in Florida.

Regrettably, appropriations for the fund have stagnated for two decades and are now at risk of being cut significantly by House proposals to ban offshore leasing in the Pacific, Atlantic and Florida Gulf coasts. Florida’s offshore resources must be allowed to be developed to help boost economic activity and increase conservation funding.

Offshore operations have already proved valuable in Georgia and the potential benefits from development off of Florida and in the Eastern Gulf are staggering; forecasts anticipate over 150,000 new jobs, billions in private investment and tax revenues for the region, and $14 billion in annual economic activity.

Florida Petroleum Council Executive Director David Mica spoke to the value of offshore leasing and its relationship with the Land and Water Conservation Fund:

“The U.S. – with its strict environmental regulations and safety policies – coupled with industry’s best practices and advanced technologies, is better positioned than other nations to safely and responsibly develop its offshore energy. There is no doubt that a robust offshore blueprint for the future would benefit Florida and help to fulfill national goals for existing domestic energy and economic needs and opportunities.”

Development of offshore leasing and exploration will not interfere with Florida’s tourism industry as critics often claim. Mapping from the Energy Information Administration shows most of the Gulf’s accessible resources to be located hundreds of miles off Florida’s west coast – well beyond its jurisdiction and into the federally managed outer continental shelf – and out of the sight of tourists.

For example, the Thunder Horse field sits 125 miles offshore in the Gulf of Mexico and has had no obvious impact on tourism.

Offshore exploration can be a huge boom for the economy and as President of the Florida State Hispanic Chamber of Commerce, I have seen firsthand how huge infrastructure projects, like an offshore rig, energize a vast supply chain of businesses throughout Florida.

American energy has always and will continue to be a central driver of the economy and job creation. Florida can lead by example in both energy production and environmental stewardship. Without support for offshore leasing from Florida’s lawmakers in Tallahassee and Washington, the state will lose a central revenue source for conservation programs that make our state the great destination it is.

Julio Fuentes is the President & CEO of the Florida State Hispanic Chamber of Commerce.