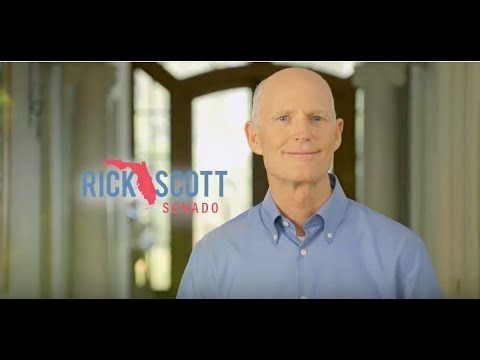 Outgoing Florida Governor Rick Scott has hit the ground running since announcing his senate bid to unseat Democratic Florida Senator Bill Nelson. It’s set to be one of the most closely watched and expensive races taking place in the upcoming midterm elections, and Governor Scott has already dedicated $3 million to two advertisements.

After releasing an advertisement doubling down on his call for congressional term limits, Governor Scott has now released a 30 second advertisement called “Tanto.” It’ll be televised on Spanish speaking stations and networks in Tampa, Orlando and Miami.

He begins the advertisement saying that “Juntos Hemos Logrado Tanto,” which means “Together we’ve achieved a lot” in English. A spanish narrator then touts the job creation under Governor Scott and that he’s fought to lower taxes for Floridians.

The narrator then claims that this same leadership is needed in Washington, which has become a message that Scott has championed since announcing his campaign. He himself says that he doesn’t “fit in at Tallahassee, and I am not going to fit in at Washington, D.C.”

In spanish, Governor Scott then explains that the issue in Washington is “unacceptable. That’s why I’m running to be your Senator. I know we can do better. I’m Rick Scott and I approve this message. Let’s keeping working.”