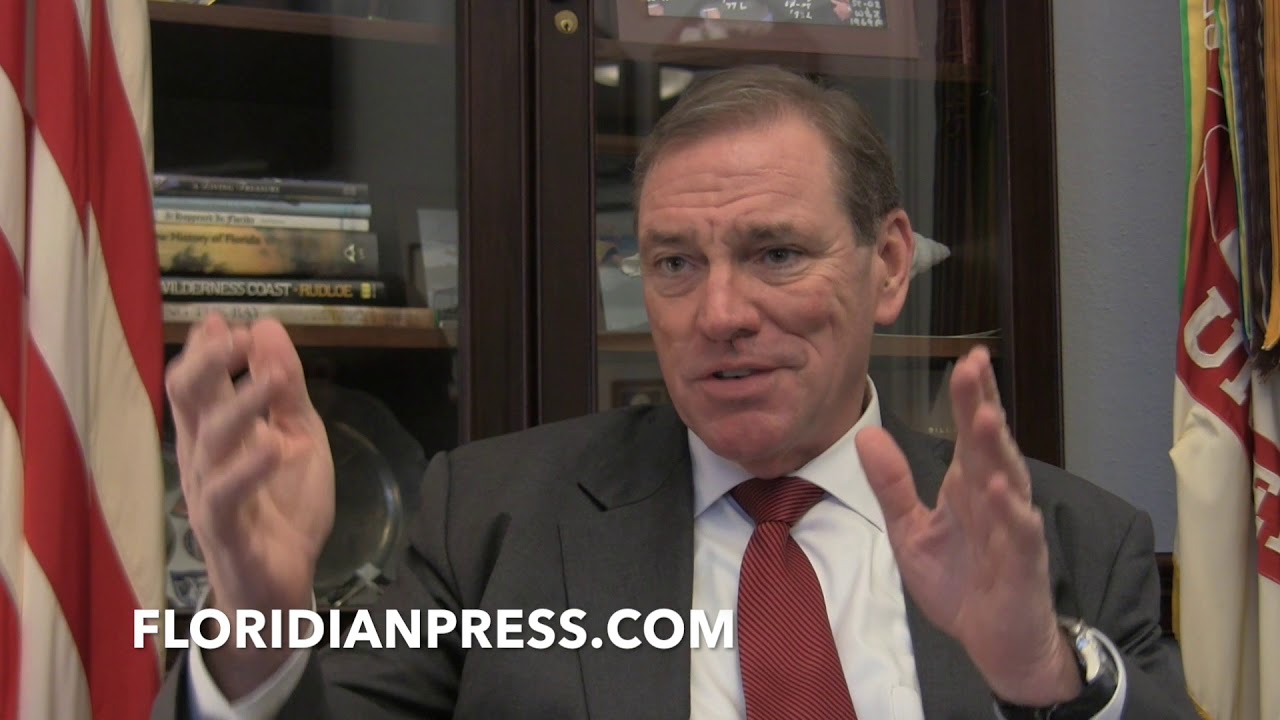 Unlike some of his colleagues in the U.S. House of Representatives, Florida Congressman Neal Dunn (R) doesn’t sleep on his couch every night.

During an interview for The Floridian in his Washington, D.C. office, Rep. Dunn told us that his wife won’t allow them to make his congressional office their home away from home, and confirmed that there was a real mouse infestation of the Cannon congressional office building, as Rep. Matt Gaetz (R) had previously eluded to.

Dunn even said that some members complained of the mice, but that there were “even rats” walking the halls of the building.

There are so many directions we can take with that rats ‘walking the halls’ statement, but we won’t.

We asked Dunn how it was working with Democrats in his first term in office, and the good doctor said that aside from all the visible partisan fighting seen in the media, both Republicans and Democrats have been “working across the aisle,” adding that congress has managed to “pass more bills into law” since the days of President Harry Truman.

Dunn likes himself an old fashion military parade. Being a U.S. Army Veteran, Dunn says that he is all for a “pass and review” parade because the “military has parades all the time” and because he’s “been a lot of those parades,” he likes them.

I’m all for it, I like military parades.”-Rep. Neal Dunn (R)

Dunn, like the president and many of his colleagues in the congress, wants to see an end to immigration “lotteries” and “quotas.”

“What we are trying to find is a structure for immigration so that we are not here ten years from now,” said Dunn, adding that he supports a “merit base” immigration system and the construction of President Trump’s “wall.”

“Agricultural quest workers, we got t0 have that, because our agriculture community tells us we have to that. We need some people to help us on the farms.”

“I’ll tell you what the wall looks like to a guy in Florida- it looks like a bunch of Coast Guard cutters,” said Dunn.

“As enforcement along the Mexican border is improved, the drug traffic moves to the sea, and they start coming over by water again just like they did years ago. This is a time where Florida’s security starts looking more like its dependent on the Coast Guard.”

Dunn says he is for America being “energy independent” and he “likes the idea of drilling off our coast,” just not in the gulf military range.

“However, in my particular district, most of it is, in fact all of it is, fronted by military’s gulf range. Dunn says this is the testing range “for supersonic, live-fire missions,” said Dunn. Dunn also added, “the military tells us that they need to have that area protected because it’s the last area like it anywhere in the world.”

Dunn says that the ‘Secretary of Defense says this is ‘vitally important to the military, please don’t negate our ability to use that military range by putting vulnerable oil rigs in the line of fire.’