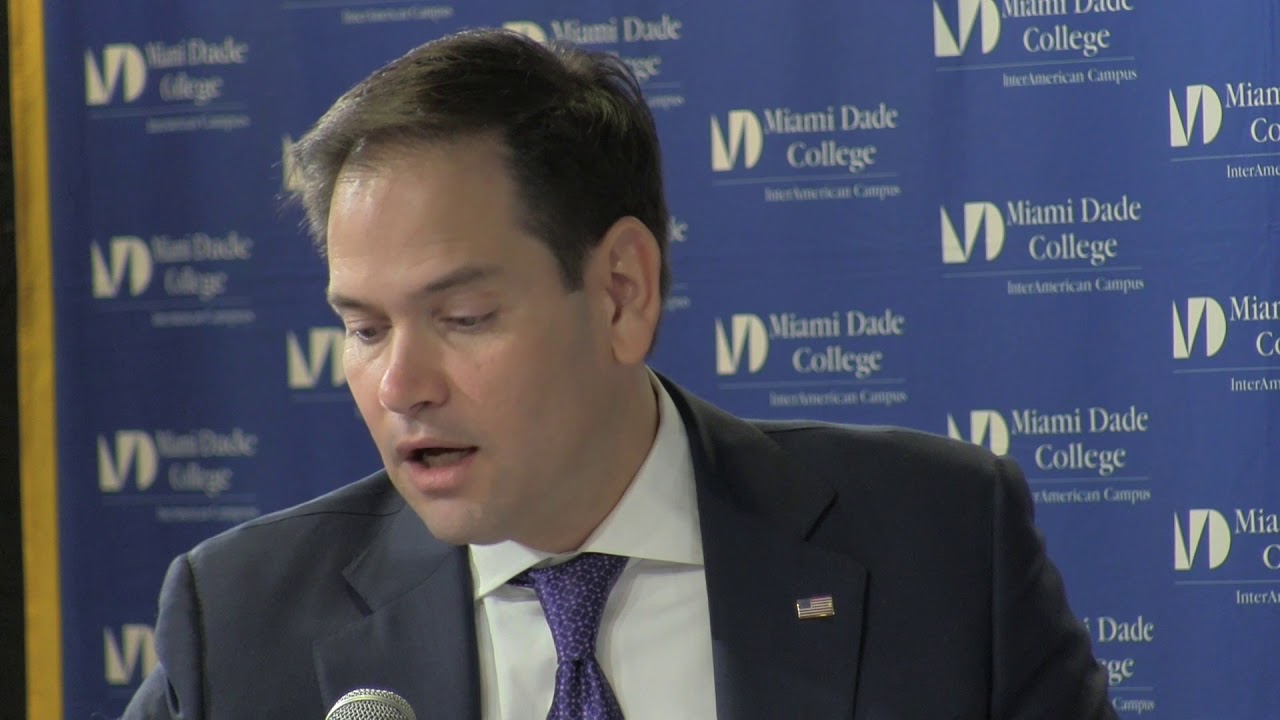 Miami, Florida-Senator Marco Rubio expressed deep concern over President Obama’s U.S.-Cuba policy, telling a group of attendees and reporters at Miami-Dade College that the “opening to Cuba did absolutely nothing” to promote Democracy in that country.

“It is not in our national interest to have an anti-Israeli, anti-American, pro-Iranian, and pro-Putin dictatorial regime 90 miles from our shores. The opening to Cuba did absolutely nothing to help transition a different type of government, much less a democratic one. On the contrary, it created the space for at least a symbolic transition that the Cuban government will try to appear to make it look normal, when in fact it is not.

And the other thing, it did nothing to further our values. None of the changes, none of the rewards given to the Castro regime were conditioned by anything that had to do with, Democracy, human rights. In fact, I believe the opening to Cuba required the Obama Administration to be silent or look the other way on a number of human rights issues to not imperil the great deal, as they saw it…

Think about what our hemisphere would look like today if there wasn’t a Castro regime. There would be no Maduro in Venezuela and there would not be 24 Americans severely injured as a result of some sort of attack while stationed in Havana.”-Senator Marco Rubio

take our poll - story continues below
Completing this poll grants you access to The Floridian updates free of charge. You may opt out at anytime. You also agree to this site's Privacy Policy and Terms of Use.
8
SHARES
ShareTweet
Tagged: florida politicsforeign policymarco rubiothe floridianvenezuela