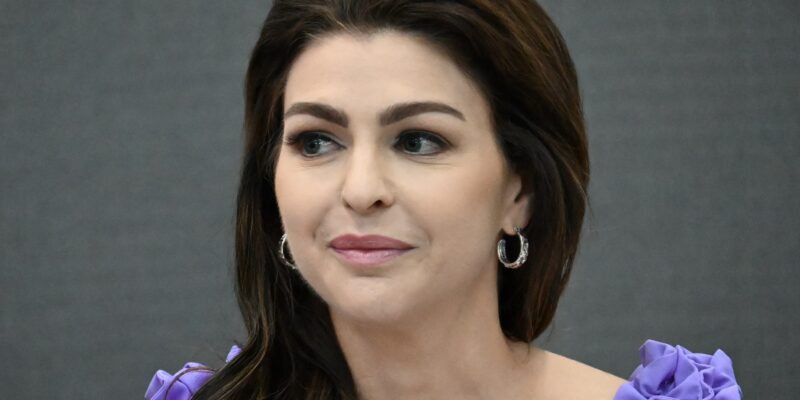 Casey DeSantis is arguably one of the most active, visible, and influential First Ladies in Florida history.

First Lady DeSantis has been at the core of Gov. Ron DeSantis's political career helping the now-reelected Governor of Florida maneuver through the media minefield that legacy media outlets have set in front of him.

Mrs. DeSantis hold the keys to the DeSantis Camelot that many supporters around the nation hope will someday unlock the front doors of the White House.

The DeSantis’s check off all the presidential boxes thanks to Mrs. DeSantis's very tight and scripted family and political life.

From what we know, and have learned about the DeSantis, is that their focus is family first.

You won’t find Gov. DeSantis doing much work in the office over the weekend, instead, he is spending time with his three young children—Madison, Mason, and Mamie.

Now, we cannot confirm that Gov. DeSantis is spending his Saturdays changing Mamie’s diapers or scrubbing toilets, or even vacuuming the living room like most of us dads do.

Regardless of what the Governor does, Mrs. DeSantis is his go-to consultant and closest confidante at home and the office.

Casey is like his Capo, only she wears long flowing dresses and is prettier than most political consultants.

Ron married up, and he knows it.

In 2018, when DeSantis finally announced that he would be running for Governor of Florida, The Floridian captured Casey’s introduction of her husband.

The introduction could now be perceived as signaling of a  bigger overall political game plan for the DeSantis’.

A visibly emotional (she hid it well) Casey DeSantis made the case for why her husband was the “embodiment of the American dream.”

This is from the bottom of my heart, with all honesty these are some things that I've been really wanting to save for a long time, not just how proud I am of Ron, but also who he is as a person, where he's come from in life, what he's accomplished what he hopes to do and prays for the future of this country and this great state

And so, what do I mean by that well let me say that unfortunately nowadays we see so many people who run for the wrong reasons right they want to enhance their resume they want to promote themselves, perhaps they like the position the prestige the parking the perks who knows?

But the bottom line is that they're not running for the people for ideas for principle and I can tell you that Ron is running to do great things not to be someone.

And understand why Ron has really chosen this path of service and sacrifice they have proven really to understand a little bit about who he is and how he's arrived at this point. Ron is the embodiment of the American dream.”

Four years later, DeSantis has pushed back against the status quo and against detractors, both Republican and Democrat, who did not approve of his methods and tactics, not to mention the decisions he has made.

As Mrs. DeSantis stated, her husband was “running for the right reasons because he knows in his heart that he has the strength and encouraged to do what he knows to be right.”

As we mentioned, Casey has always been very involved in her husband’s political career, before and after her cancer diagnosis and treatment, she has taken quite a few trips with the Governor around the state, including flying in the day after Hurricane Ian came ashore in Southwest Florida.

She not only sat in on the press conference in Punta Gorda and Lee County, but a nervous-looking Casey also went up in a Lee County sheriff’s helicopter with the Governor to survey the storm damage.

Now it appears as if now she has stepped up the pace of her public interactions months before he is expected to announce a presidential run in 2024.

She has been very active on social media promoting all of the Governor’s legislative events and announcements.

Casey’s Jackie O-ish gown on inauguration day set the tone for the day and if you ask my opinion, she stole the show.

Yes, it was Gov. DeSantis’s day, but Casey made everyone’s jaws drop, and the grandiose presidential staging of the event also gave attendees, media, and anyone that watch the event, the feel that there is a plan in place for a greater political achievement instore for the DeSantis’s.

Like we said before, Casey DeSantis is Governor Ron DeSantis’s “Secret Weapon.”