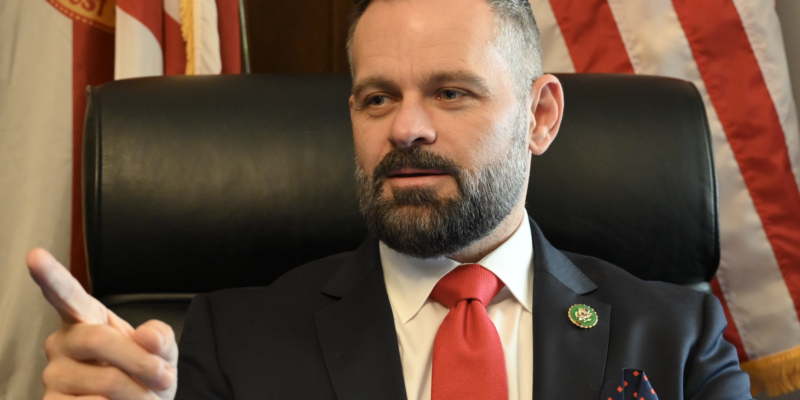 Freshman Congressman, Rep. Cory Mills (R-FL) was selected for two prestigious House committees: The House Armed Services Committee and the House Foreign Affairs Committee. These assignments could spell bad news for President Joe Biden (D) and his administration, as House Republicans gear up for a slew of investigations.

Rep. Mills, a former U.S. Army combat veteran and  Bronze Star recipient was in Afghanistan at the time of the botched Biden troop withdrawal. Rep. Mills claims that the Biden administration is actively covering up the number of American lives lost due to the bombing at the infamous Abbey Gate entrance to the Kabul airport.

13 service members also lost their lives at the airport entrance as a result of a suicide bomb attack.

Now that Rep. Mills is on these committees, he will have an opportunity to cross-examine and extrapolate the truth concerning what really happened in Kabul, Afghanistan on August 26th, 2021.

In an exclusive interview with The Floridian, Mills stated that there are a plethora of issues that need to be investigated concerning the withdrawal.

“There’s a lot of things that we need to be looking into to include investigating. Why 40,000 terrorists and Taliban who were released from the Bagram Detention Center resulted in the August 26th tragedy where 13 service members lost their lives and many other Americans; see this is the thing: Biden has continued to cover up the fact that probably around three dozen other blue passport holding Americans died on the other side of that gate, and they utilize the fact that they don’t have to report American deaths abroad, as long as they’re not military service members," said Mills.

This is not the first time that Mills has reported this. In September of 2021, Mills told The Floridian the same story.

"No, there were Americans on the other side of that gate that died in that explosion,” said Rep. @CoryMillsFL. They are covering it up."

“This idea that there were only 160 Afghans that died and thirteen American service members that died. No, there were Americans on the other side of that gate that died in that explosion,” said Mills. They are covering it up,” Mills stated.

According to Mills, there was another family that he was in touch with at the time.  That family, which was at the Abbey gate and was in direct contact with Mills prior to the explosion, has not been heard from again since the terrorist attack.

Texas Rep. Mike McCaul is expected to announce an investigatory subcommittee that Mills mentions to look into the U.S. troop withdrawal from Afghanistan. Speculation on Capitol Hill is that Mills may lead the subcommittee because of his personal experience when he rescued a Texas family from that country.