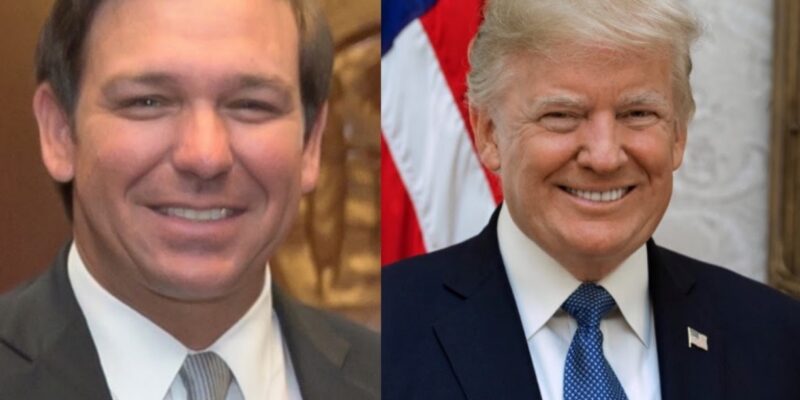 With the midterm election coming to a close in Florida, Governor Ron DeSantis (R) decidedly won reelection over Florida Rep. Charlie Crist (D). However, throughout the campaign, Gov. DeSantis was repeatedly pressed by the media and Crist over any possible intention of running for president in 2024.

DeSantis noted that his focus was on his reelection, and now President Donald Trump (R) is signaling his disapproval of the response, dubbing the Governor "Ron DeSanctimonious."

Ahead of his election in 2018, DeSantis was endorsed by Trump and largely supported his policies. Since then, the relationship between both seems to have soured as Trump has hinted at a third presidential run while Republicans and the press look towards DeSantis possibly running as well.

In response to the hype, Trump has released a statement, criticizing DeSantis for not being clear enough in his response. Trump also seemingly takes credit for DeSantis' rise.

"Ron came to me in desperate shape in 2017 - he was politically dead, losing in a landslide to a very good Agriculture Commissioner, Adam Putnam, who was loaded up with cash and great poll numbers," said Trump, adding that "Ron had low approval, bad polls, and no money, but he said that if I would Endorse him, it was as though, to use a bad term, a nuclear weapon went off."

Trump takes credit for helping DeSantis defeat Gillum "by having two massive rallies with tens of thousands of people at each one." 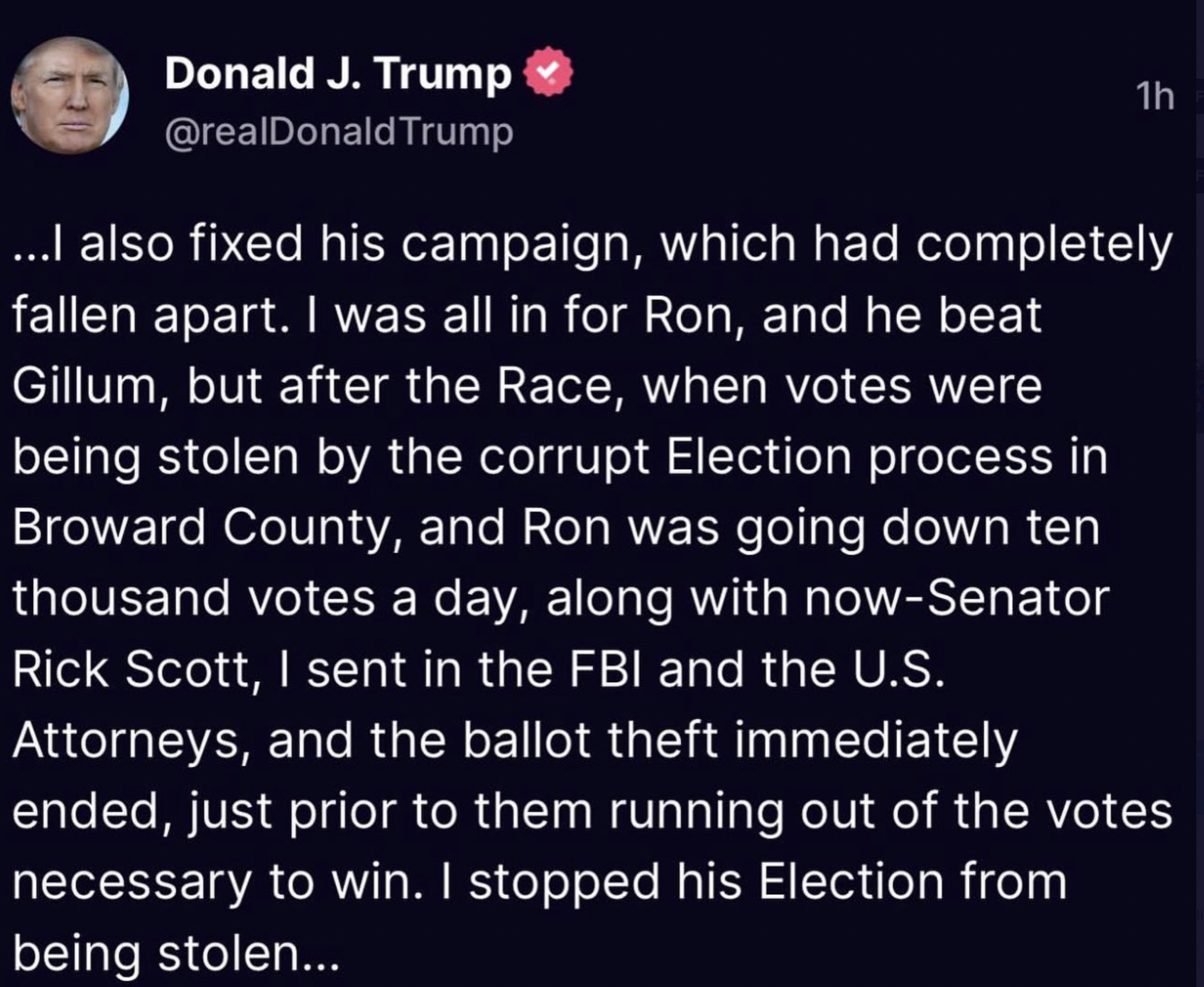 Now, Trump says he's disappointed that "Ron DeSanctimonious is playing games," commenting that "the Fake News asks him if he's going to run if President Trump runs, and he says, 'I'm only focused on the Governor's race, I'm not looking into the future.'"

For Trump, that's not an answer of "loyalty and class."

Trump goes on to direct verbal jabs at Fox News for not initially supporting him, "Low Energy Jeb Bush," and the Wall Street Journal, saying that "ultimately, we will win."

Trump has noted that he will be announcing an important decision on November 15th, which political pundits speculate will be his third presidential run.

Governor DeSantis has not responded to Trump's comments.