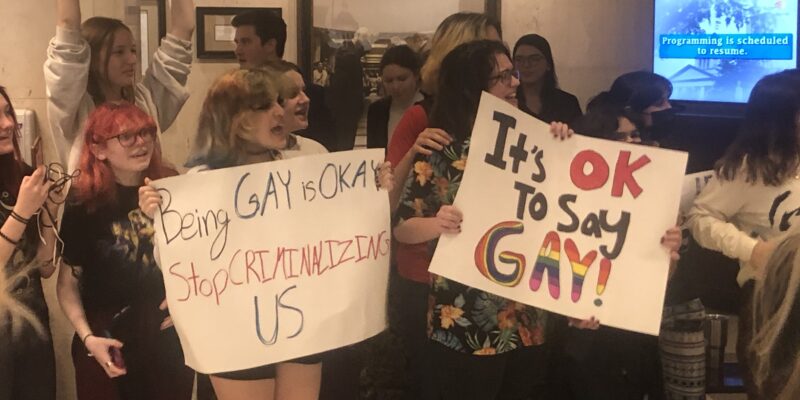 The Respect for Marriage Act, which codifies same-sex and interracial marriage into federal law, passed in the U.S. Senate this week.

Florida State Senator Shevrin Jones (SD-34) calls the bill's passage "an historic moment for millions of Americans, and I am glad that a strong, bipartisan coalition of Senators supported this important legislation."

However, Sen. Marco Rubio (R-FL) and Sen. Rick Scott (R-FL) both voted against the bill. Jones calls  these "no" votes "deeply distressing."

He indirectly makes reference to the overturning of Roe v. Wade in June as an example of how "we cannot take any legal precedent for granted, especially as extreme state legislatures and jurists attack our most fundamental rights."

At the same time, however, the major concern of conservatives surrounding the Act is the protection of religious liberty.

While the bill states that it "shall be construed to diminish or abrogate a religious liberty or conscience protection otherwise available to an individual or organization under the Constitution of the United States or Federal law," others are not so sure.

The Federalist notes that the apparent vague wording of the bill would enable lawsuits against religious organizations and individuals against same-sex marriage on religious grounds. Moreover, attempts to clarify religious protections, including those made by Senator Rubio linked above, do not pass.

The bill is due to be voted on again in the House, which voted on a previous version of the bill in July. That bill passed in the House 267 "yea's" to 157 "nay's" overall, with 47 Republicans voting "yea."

No Democrats voted "nay" on the bill at all.

The remaining 11 Florida Republicans voted "nay" on the bill.

However, their votes may change due to both the failure of Rubio's and others' religious liberty amendments to the bill and growing opposition by conservatives to the version passed by the Senate this week.