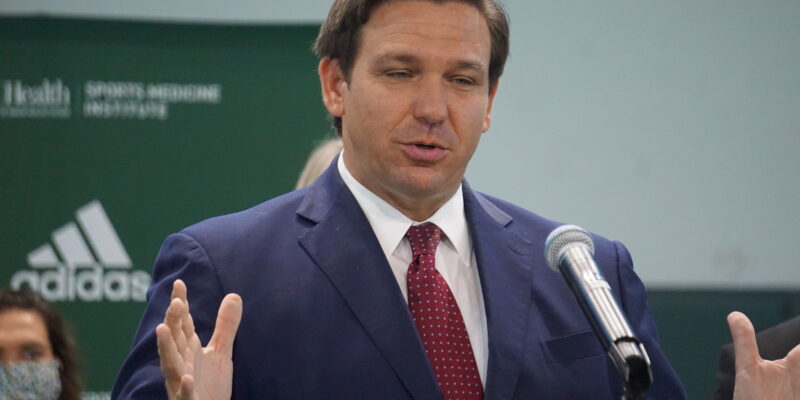 Florida Governor Ron DeSantis (R) is celebrating victory in Florida, attributing it to support from Miami-Dade County. Earlier this week, Miami-Dade County Commissioner Rene Garcia spoke to the Floridian, championing wins in the state but also warning that Miami-Dade County is still a blue county. Ahead of Thanksgiving, DeSantis is now putting the spotlight on Miami-Dade County, calling it a historic achievement.

Garcia, who also serves as the Miami-Dade Republican Executive Committee Chairman, praised Governor DeSantis for leading the Republican ticket, extending gratitude to Lt. Governor Jeanette Nuñez (R) and Senator Marco Rubio (R). Republicans “had a myriad list of amazingly talented state house and senate candidates, as well as local candidates” according to Garcia, and it was the support of Miami-Dade County that propelled them to the finish line.

Though Garcia made it clear that Miami-Dade County is still very much blue, Governor DeSantis noted that the November 8th election “showed the world that freedom runs right through Miami-Dade County.”

“This was a record-breaking election and a historic win for Republicans in Florida,” Governor DeSantis said in a message to supporters, adding that the GOP was “able to do what the corporate media and radical Left thought impossible.”

Republicans “won Hispanic voters by at least 14% and had the highest share of the non-white vote for a Republican in Florida history,” DeSantis explained.

In moving forward, the Governor has assured that he “has only begun to fight, and his landslide victory for re-election across the state and in Miami-Dade is a culmination” of the support for his “freedom-first agenda.”

Since being elected in 2018, DeSantis has grown popular in the political arena, which has catapulted him into the 2024 presidential discussion. Because of this, President Donald Trump (R) has directed political jabs at the Florida Governor, but DeSantis has brushed off the comments.