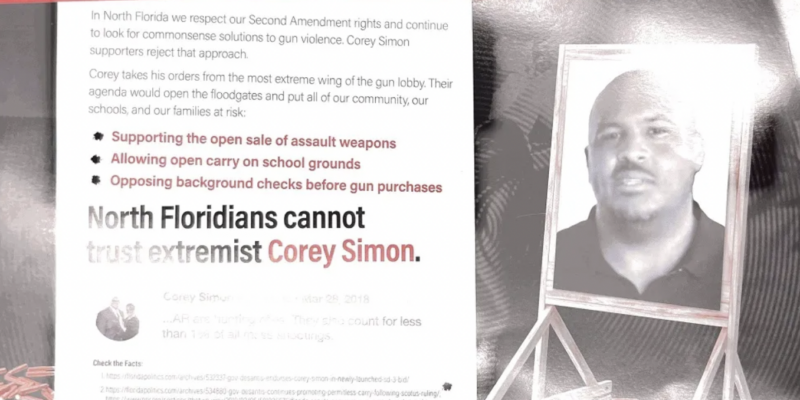 Controversy continues to brew in the race between incumbent state Senator Loranne Ausley (D) and senatorial hopeful Corey Simon (R). Ausley’s campaign has been scrutinized over a mailer depicting Simon on a shooting target. Calls have urged Florida Rep. Charlie Crist (D) and Democrats to condemn Ausley over the advertisement.  Sen. Ausley has responded by saying that she was not aware of the ad.

In response to the mailer, Senate President-Designate Kathleen Passidomo (R) has released a critical statement, calling Ausley and Democrats hypocrites.

Florida is host to a number of high-profile elections in this midterm season, and the race for Senate District 3 has now made headlines over a mailer released by a fundraising group dedicated to electing Democrats to the Florida Senate.

The mailer depicted Simon, the former head of Volunteer Florida under Florida Governor Ron DeSantis (R), on a shooting target and with bullets spread out underneath, and called him an "extremist."

Sen. Passidomo defended Simon, calling him “an admirable member of our community, a long father and husband, and a man of faith who deserves to be treated with decency and regard for his safety,” adding that Simon’s “dedicated his life to serving families and bettering the lives of children.”

Directing blame to the Democratic party, Passidomo attributed the incident to “hypocrisy,” saying that it “says a lot more about their character than it ever could about Corey Simon.”

“As Senate President, Minority Leader Lauren Book and I will be called upon to set an example of respect, decorum, common decency, and concern for one another for our members, in order to carry out the people’s work,” Passidomo expressed, affirming that “that basic call for humanity shouldn’t have to wait until after the election.”

Passidomo called on Senator Book to “denounce this mailer and hold accountable those who are responsible for its disgusting content immediately,” saying that Book “shouldn’t tolerate this level of hate now, and she can be sure that it won’t be tolerated in the Florida Senate.” 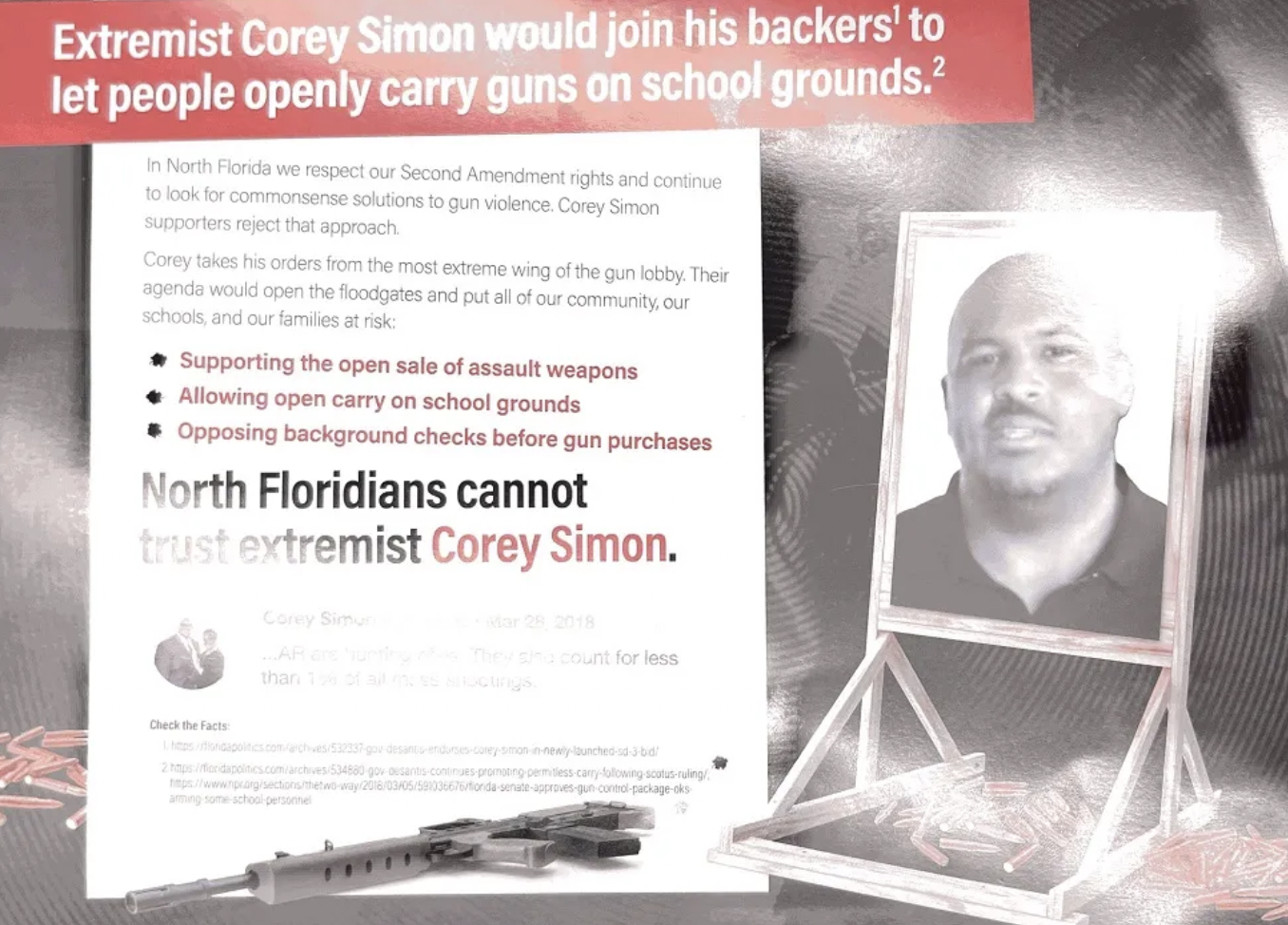