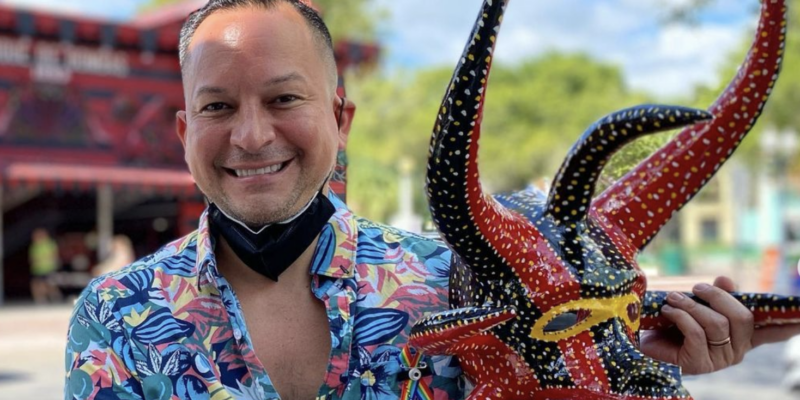 Republican State House nominee Susan Plasencia could be on the verge of pulling off one of the biggest upsets in Florida politics this midterm election cycle by defeating arguably the most Progressive state lawmaker, Rep. Carlos Guillermo Smith (D).

If Plasencia defeats Rep. Smith, the loudest anti-Parental Rights in Education legislator and defender of Democratic Socialism will be silenced in the Florida Legislature.

This weekend, Rep. Smith tangled on Twitter with detractors who question the endorsements he received from school teachers and officials in the two respected counties that are within his state house district.

"Florida PTA named me LEGISLATOR OF THE YEAR in Florida because they trust me to prioritize what’s best for our kids. You are a clown on a swing with a Twitter account," responded Smith to an allegation that he "bullies parents."

This is how @CarlosGSmith bullies parents who do not want teachers to talk about their sexuality with their kids. https://t.co/fLyFOtZd2K

Smith has led the charge to demonize Gov. Ron DeSantis and Republican legislators for signing the Parental Rights in Education into law because he and other Progressives believe that the bill was anti-LGBTQ.

“The #DontSayGay bill pushed by Gov. #DeSantis censors school conversations about LGBTQ people, erases our identities and puts our kids at risk. This is NOT what happens in FREE states— it’s what happens under authoritarian regimes,” tweeted Rep. Smith.

In fact, Smith's "Don't Say Gay" bill does not mention "gay" in its text.

“A school district may not encourage classroom discussion about sexually orientation or gender identity in primary grade levels or in a manner that is not age-appropriate or developmentally appropriate for students." —HB 1557

Democratic legislators like Smith disingenuously ran with the false media narrative in order to be able to call Republicans bigots.

But the effort to label the law as anti-gay failed. Surveys conducted during and after the bill was signed into law showed that the overwhelming majority of Florida parents agreed with the bill's passage and subsequent signing of the measure.

In other words, Republican, Democrat, and Independent Florida families affirmed that they did not want sexuality of any kind taught to their elementary school age children.

Towards the end of the  2022 legislative session, Rep. Randy Fine spoke to The Floridian specifically about Smith's antics in relation to the Parental Rights in Education bill.

“He’s not LGBTQ, he’s “G.” I don’t understand lumping everyone into one bucket. Look, I understand. I am sure being a gay guy isn’t the easiest thing in the world,” said Rep. Fine in an interview with The Floridian. “So, I’m not one and I don’t have any issue with what people want to do on their own. He has personalized issues that really don’t have anything to do with him. He’s completely ineffective. Maybe it’s good for Twitter followers?”

Smith once butted heads with Gov. DeSantis's former Spokeswoman Christina Pushaw, calling her an "insufferable troll" that mocks and disparages the gay community.

"Here’s #Desantis’ official #Pride proclamation— sending his insufferable troll of a spokesperson out to mock and disparage LGBTQ people while spewing bile all over Twitter," stated Smith.

Pushaw, who is always quick to defend her statements and push back against any alleged disinformation Democrats and legacy media reporters espouse, countered Smith's assertion that she was an anti-gay bigot.

Pushaw responded to Smith, asking him to "name one time" she had "mocked or disparaged gay or lesbian people."

Smith went silent, refusing to respond to her request for proof supporting his allegation.

The Parental Rights in Education bill was sponsored by Republican Rep. Joe Harding.