The Biden administration continues to face a sinking approval rating, and this has also affected Biden's support from within the Democratic Party.

While Rep. Demings didn't confirm whether or not she would campaign with President Biden earlier this year, Vice President Harris has now joined Demings on the campaign trail, avowing that Demings is the alternative Floridians should vote for instead of reelecting Florida Senator Marco Rubio (R).

As a result, the Rubio campaign was quick to criticize the visit from the Vice President.

In a statement, Elizabeth Gregory, the Communications Director for the Rubio campaign, criticized Demings, arguing that she “has celebrated every disastrous decision made by the White House, including the radical spending that got us into the Biden Recession.” Gregory added that “as Demings and Kamala Harris visit Miami today, they'll have to face Floridians who know Washington Democrats are to blame as they struggle to make ends meet.”

Moreover, Priscilla Ivasco, the NRSC Spokeswoman also commented on the visit, saying that the“Val Demings heads to Miami the same day as Kamala Harris to continue capitalizing on her 100% voting record with the Biden Administration. Unfortunately for Demings that isn’t going to work in Florida."

Ivasco added that "Floridians know exactly where her allegiance lies and it is not with the best interest of Florida families, but her own political ambitions in Washington.”

With the upcoming midterm election in just under 100 days, Democratic hopefuls are enlisting the endorsement from the Biden administration. However, critics question the campaign efforts amidst rising inflation and the country facing a recession. 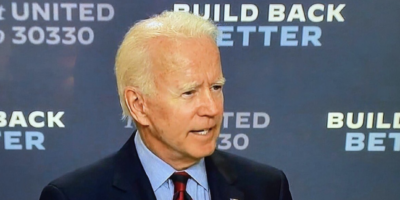 The Hypocrisy Behind the Miami Herald, Orlando Sentinel, and Florida's Entire Press Corps