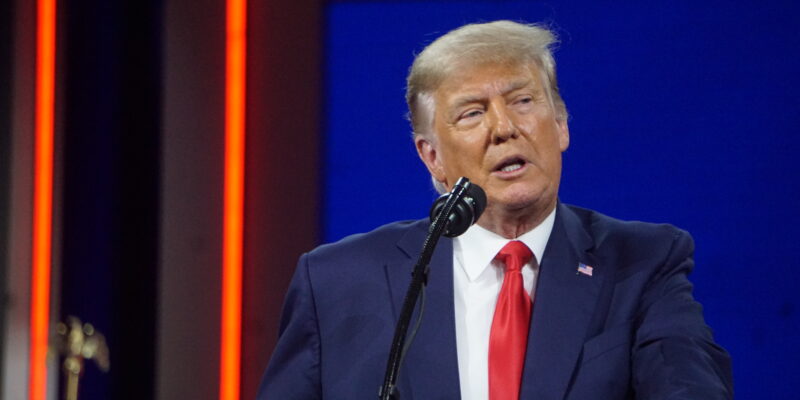 Facebook Twitter LinkedIn
TALLAHASSEE — Pointing to broader implications of the case, Georgia is backing Florida in a fight about a 2021 elections law that a federal judge said is unconstitutional.

Georgia Attorney General Christopher Carr filed a brief Monday at the 11th U.S. Circuit Court of Appeals supporting the Florida law, which, in part, placed additional restrictions on “drop boxes” for mail-in ballots and prevented groups from providing items such as food and water to voters waiting in line at polling places.

Chief U.S. District Judge Mark Walker ruled March 31 that the law was unconstitutionally intended to discriminate against Black voters. A panel of the federal appeals court is scheduled to hear arguments Sept. 15 in Florida’s appeal of Walker’s ruling.

In the 36-page brief Monday, Carr and lawyers in his office wrote that a court precedent requires plaintiffs to show “discriminatory results,” along with intent, to establish a violation of part of the federal Voting Rights Act. Also, the brief took issue with Walker’s conclusions about the intent of Florida lawmakers.

“(The) district court improperly used its disagreement with the Legislature’s judgment (regarding the need to foreclose potential avenues of fraud, maintain election integrity and efficiency, and bolster voter confidence) to conclude that such valid legislative interests were mere pretext for racial discrimination,” the brief said. “Courts cannot use simple disagreement with legislatures as a basis for inferring discriminatory intent, and it is corrosive of the judicial role, not to mention democracy, to suggest as much.”

Also, the brief indicated that the appeals court’s ruling in the Florida case could affect a pending challenge to elections laws in Georgia. The Atlanta-based 11th U.S. Circuit Court of Appeals hears cases from Florida, Georgia and Alabama.

“In particular, Georgia, like many other states, has enacted restrictions on soliciting persons waiting in line to vote, including for the purpose of offering them things of value such as money, gifts, food, or beverages,” the brief said. “And it has other laws and regulations governing voting by mail, drop boxes, and other aspects of elections that could be affected by this court’s eventual decision in this case. Accordingly, Georgia has a keen interest in both the outcome of this case and the reasoning of this court’s decision even apart from the result.”

Trump’s narrow defeat in Georgia helped fuel the Republican effort to revamp laws. Florida had relatively few problems in the 2020 elections, but lawmakers and DeSantis argued they needed to add safeguards to help prevent fraud.

In challenging the law, however, voting-rights groups argued it was intended to restrict minority voters’ access to the ballot. As an example, the number of Black voters using drop boxes significantly increased in 2020 amid the COVID-19 pandemic. Black voters are a key Democratic Party constituency.

Walker, in a 288-page ruling, agreed with the voting-rights groups about the discriminatory intent of the law and found parts of it unconstitutional. In addition, he took the rare step of putting Florida under a process known as “preclearance,” meaning that a court would have to approve changes to parts of elections laws.

The appeals court in May issued a stay of Walker’s ruling — allowing the law to be in effect during this year’s elections. But the underlying court fight continued.

In addition to Georgia, several organizations supporting Florida have filed friend-of-the-court briefs during the past week.

As an example, the Indiana-based Public Interest Legal Foundation filed a brief Monday that said Florida’s “initiatives to prevent voter fraud, instill voter confidence in the election process, and maintain an orderly, efficient, and peaceful election process justify the minimal, reasonable restrictions the new laws may place on plaintiffs.”