Republicans are on pace to make huge gains in the U.S. Congress and in state legislatures around the country, but now that Roe vs. Wade has been overturned, that crushing “Red Wave” that we all expected this November might have hit an unforeseen sandbar.

The abortion issue is one of those wedge issues that always seems to favor Democrats during an election cycle.

With the economy sucking so back right now, Republicans were on a really strong footing going into election season.

Now, with the abortion issue being front and center, Democrats have a chance to mitigate some of the damage Republicans are expected to inflict on them on election day.

Gubernatorial candidate, Agriculture Commissioner Nikki Fried, may have found the boost she need in her primary race against Rep. Charlie Crist.

Rep. Crist, the former pro-Life Republican governor of Florida, has been pushing that he is pro-Choice since becoming a Democrat over ten years ago.

Crist has been showing momentum over the past couple of months, but that momentum may have hit a wall.

If you're not angry, get out of the way.
We aren't going back. pic.twitter.com/iGqs1dh0WZ

Commissioner Fried has been knocking Crist over his apparent flip-flop on abortion, but still trails the veteran Florida politico by several percentage points in the latest public opinion polling.

After the Supreme Court ruling to ban Roe vs. Wade was announced, Fried gave a fiery and passionate speech in Miami last weekend in protest against the Court’s decision.

The speech trended on social media and may have given her campaign against Crist a much-needed boost.

“I’m the only statewide elected Democrat in Florida and the ONLY candidate for governor who has NEVER wavered on choice,” stated Fried.

Crist also denounced the ruling and even call for Justices Kavanaugh and Gorsuch to be impeached, accusing them of lying to Congress during their confirmation hearings.

Both Fried and Crist have come out swinging against the ruling, but  Fried’s accurate assertion that she has “never wavered on choice” appears to be resonating with Democratic voters and could prove problematic for Crist.

Gov. Ron DeSantis praised the Court’s ruling and is now facing pressure from certain Republican lawmakers to call for a special session to outright ban abortion in the state. 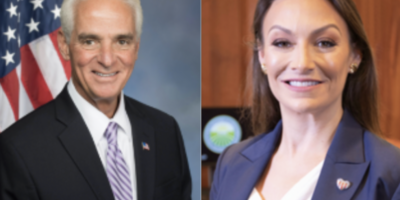 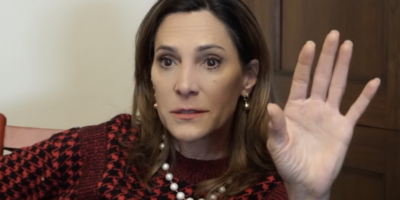 Taddeo: Rep. Salazar is a Threat to 'Reproductive Rights'