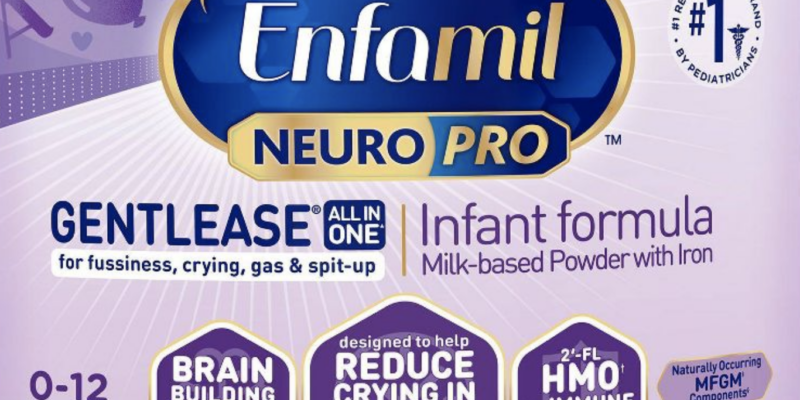 After this week’s financial report showed that inflation continues to hammer Americans, reaching 8.3% in April,  I am compelled to once again sound the alarm about the impact the economic crisis is having on my constituents.  Record high inflation coupled with workforce shortages and supply chain disruptions, have hurt all Americans and have been catastrophic for small businesses, with every sector of our economy impacted.

In one of the most egregious examples, parents throughout the country and in my home state of Florida, have been desperately looking for baby formula and can’t find any on the shelves. After months of a growing, unaddressed problem, the formula shortage has reached crisis levels in recent weeks. The share of baby formula out of stock across the U.S. hit 40 percent on April 24.  Large retailers have also put caps on how many cans of formula a customer can buy at a time due to the shortage.

Parents need help now, and a group of my concerned colleagues and I are working to hold this Administration accountable. This current shortage places further strain on families that are already grappling with the impact of record inflation as they try to ensure adequate nutrition for their babies.  The U.S. Surgeon General estimates that families are now spending an average of $1200- $1500 on formula during each baby’s first year.

As urgent as the baby formula crisis is, it is not the only product that has seen a continued surge in pricing.  Gasoline is up 43.6%, Used Cars are up 22.7%, Meat/Fish/Eggs are up 22.7%, and Electricity is up 11% just to name a few.   The bottom line is that Americans are paying more for everything due to historic inflation, supply chain issues and workforce shortages.

The link between workforce shortages and supply chain issues is clear.  Job openings hit a record high of 11.5 million last week. There are nearly two job openings for every worker who is looking for work.  This is a significant challenge for small businesses. There simply aren’t enough workers to process, move, sell, and deliver all the goods coming into U.S. ports across the country fast enough.

These supply chain issues reinforce the fact that we must strengthen domestic production, manufacturing, and distribution channels, while creating a culture that once again rewards and encourages a strong work ethic over government dependency.

Despite the fact that government spending is a primary factor fueling inflation, the House passed an additional Ukrainian spending package, totaling $40 billion, earlier this week.  By comparison, $40 billion is nearly the annual budget of the Department of Homeland Security’s Customs and Border Protection, Coast Guard, TSA, and ICE combined.

Don’t get me wrong. I unequivocally support the people of Ukraine and remain steadfast in my opposition to Putin’s unjustifiable invasion.   I have strongly advocated for and voted in favor of previous measures to provide weapons to help the Ukrainian people defend themselves.   However, we’ve already given a significant amount of money and valuable weapons to Ukraine and continue to apply severe economic sanctions against Russia.  To date, only about 10% of the humanitarian aid already provided by the U.S. has been spent.

I am deeply concerned that President Biden does not seem to have a cohesive strategy regarding Ukraine.  We simply cannot keep providing blank checks for a war that may continue to drag on indefinitely, without any regard for the negative impact that doing so would have on our already troubled economy.  Additional taxpayer funding, as we suffer our own set of crises, is bad policy that does not put America first.

I am also gravely concerned that we are spiraling toward a recession.  Several economic indicators serve as bright red warning flags.  Because of the inflation, the Federal Reserve raised interest rates for the second time this year alone, the highest increase in over two decades, and are signaling many more rate increases to come. Yet many of my colleagues seem to think the only answer is to spend more of your taxpayer dollars.  Let me be clear, we cannot spend our way out of this crisis.

We must stop the reckless spending that is fueling this problem and make tough choices about our priorities, just as each one of our constituents are being forced to do!  We must also embrace concrete solutions for fixing our supply chain issues and workforce shortages.  Continuing to ignore the problems we are facing and spend money we don’t have will only bring us more of the same.  My constituents, and the American people as a whole, deserve better!