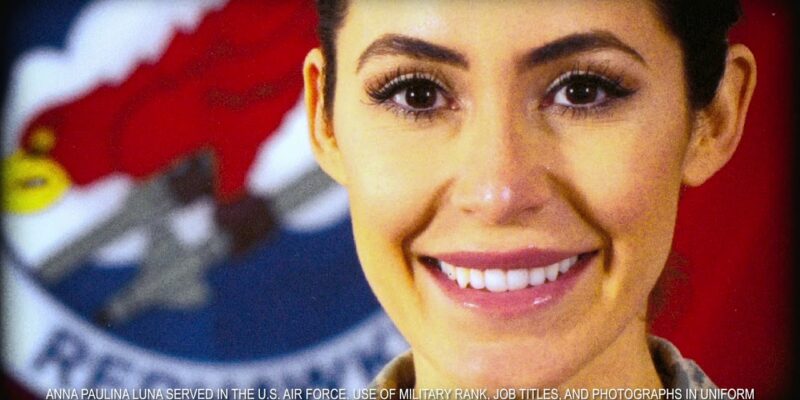 The race for Florida's 13th Congressional seat continues to make headlines as Amanda Makki (R) has picked up an endorsement from Belleair Mayor Mike Wilkinson (R) and Anna Paulina Luna (R) will be joined by President Donald Trump (R) in an upcoming fundraiser for her campaign.

This is the second time that both candidates compete for the Republican nomination after Paulina Luna won the nomination in 2018. However, Paulina Luna ended up losing in the general election to Florida Rep. Charlie Crist (D), who is now making a gubernatorial run.

In a statement, Wilkinson, who is now the 7th Mayor in Pinellas County to endorse Makki, said that "Makki knows Pinellas County." Because of this," she understands the issues that face our local communities," and Wilkinson added that Makki's "commitment to our veterans and to her work as a public servant is admirable." "It's important Amanda wins the race for Florida's 13th Congressional District because she genuinely cares about the people of Pinellas County," he added.

In response, Makki expressed that Wilkinson "has done so much for the town of Belleair," and she highlighted "his wisdom, enthusiasm, and leadership" in thanking him for his support of her candidacy.

Makki's rival, Anna Paulina Luna, has made headlines ahead of the primaries, and she is currently leading in the primaries with 38% after receiving support from President  Trump. Moreover, she is scheduled to appear alongside President Trump on December 7th at the President's Mar-a-Lago resort in West Palm beach.

Speaking of Paulina Luna, who could have some potential campaign problems ahead of her, is reveling in President Trump calling her a "warrior" and a "winner," and the President has also expressed that Paulina Luna's rivals, which includes Makki, are RINOs (Republicans in Name Only).

Makki has directed criticism to Paulina Luna over her past support of President Barack Obama, and Makki has also received criticism from Donald Trump Jr. after the candidate released a mailer in 2020 with a picture of both of them, suggesting that Trump Jr. had endorsed her.