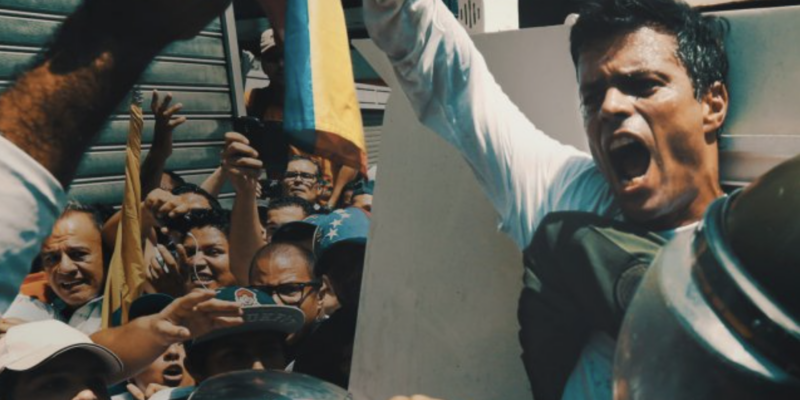 Even though the untenable humanitarian crisis that Dictator Nicolas Maduro has created in Venezuela is well known to many of us in South Florida, only one out of four Americans are familiar with the ongoing crisis (26%).

“A la Calle”, a new documentary that premiered September 15 on HBO Max, is aiming to change that and bring home the plight of the millions of Venezuelans who face chronic shortages of necessities like medicine, water, and electricity, widespread food insecurity, child malnutrition, and gross violations on human and civil rights, resulting in millions of them fleeing their country. The film captures the remarkable courage of the Venezuelan people as they unite to try restoring liberty in their homeland.

The focus of the film was to get an unfiltered, bare-bones account of conditions on the ground in Venezuela, and to expose the “corrupt and brutal policies” that have decimated a once prospering country into a nation in dire straits. 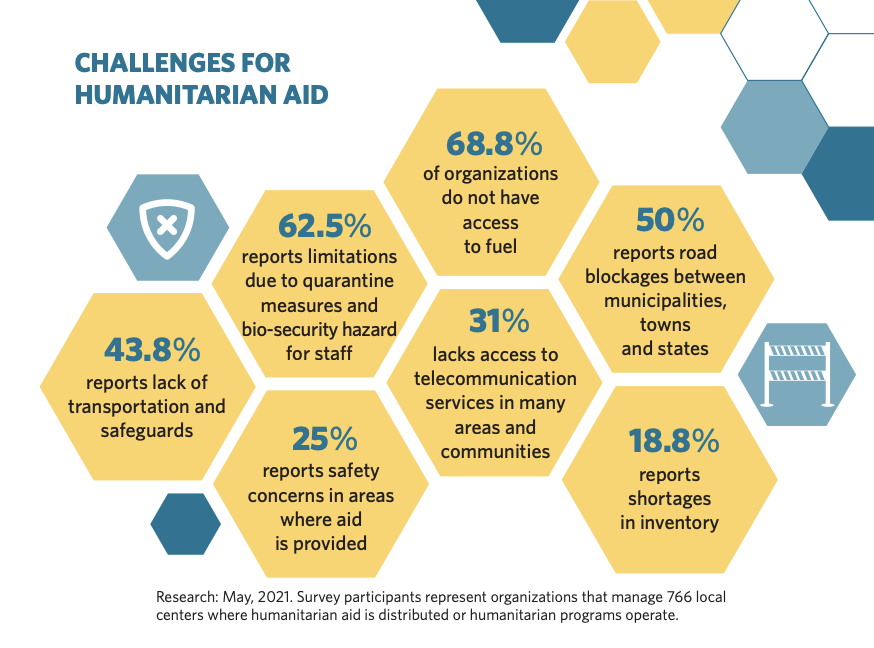 How much more suffering can the Venezuelan people endure?

According to the filmmakers’ first-hand account, Venezuela is in an “economy in free fall” and on the “brink of collapse,’ adding that “more apolitical humanitarian aid must reach the country” and that “there needs to be a large-scale, UN-led humanitarian response funded by like-minded governments concerned about the human rights and humanitarian situation in Venezuela.”

American lawmakers have been denouncing the human rights violations and economic hardships the Maduro regime has created.

Rep. Mario Diaz-Balart (R), a Cuban American lawmaker from Miami, Florida, has been at the forefront in confronting the Maduro regime.

Rep. Diaz-Balart blames Maduro for the “oppression” of the Venezuelan people because of his “failed socialist policies,” stating that “Venezuela has the world’s largest known oil reserves, and yet this oil-rich country’s resources have been plundered and destroyed by the Maduro regime, while the people endure power blackouts, starvation, and shortages of basic necessities,” said Diaz-Balart in a statement to The Floridian.

He added that he supports the work that NGOs are doing to bring much-needed humanitarian aid to the Venezuelan people.

“The suffering of the Venezuelan people is the direct result of the Maduro regime’s corruption, oppression, and failed socialist policies. I support providing humanitarian aid, as the United States has done and continues to do, so long as the assistance does not support Maduro or his cronies, and the ultimate goal is freedom for the Venezuelan people,” added Rep. Diaz-Balart.

He also pointed out that the only way to end the suffering of Venezuelans once and for all is for Maduro’s reign of terror to end. “Until they are free of the corruption and oppression of the Maduro dictatorship, the immense suffering in Venezuela will continue,” Rep. Diaz-Balart stated.

Recently, Florida Senator Rick Scott (R) stated that the ongoing “genocide and acts of terror” against the Venezuelan people by Dictator Maduro has led to “one of the worst humanitarian crises in Latin American history.”

“For two decades, the socialist and oppressive governments of Hugo Chávez and his successor, Nicolás Maduro, have been destroying the economy and the freedom of the Venezuelan people. Maduro and his Cuban allies have been shooting, beating, imprisoning, and torturing the Venezuelan people,” said Sen. Scott. Maduro’s ongoing genocide and acts of terror against his people has led to one of the worst humanitarian crises in Latin American history. Millions of Venezuelans have fled to surrounding countries seeking refuge from the oppressive regime.”

Biden Says He Has ‘Great Confidence’ In Gen. Milley Amid Resignation Calls